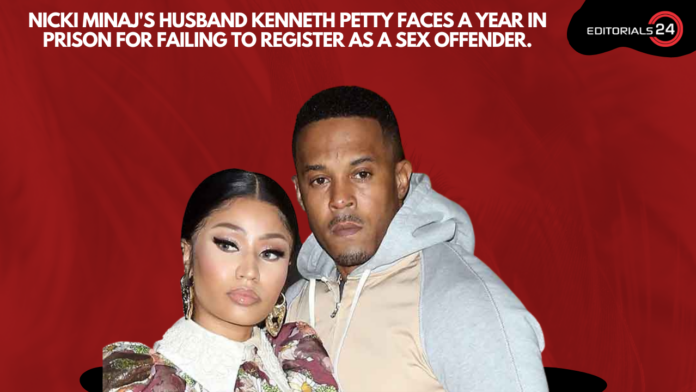 Kenneth Petty, Nicki Minaj’s husband, faces almost a year in jail for failing to register as a sex offender, according to court documents.

Despite being convicted of attempted rape, the defendant neglected to register as a sex offender in California, prosecutors said.

Petty, now 44, served four years in jail for the attempted rape of 16-year-old Jennifer Hough in 1995.

In August, Hough sued Minaj and Petty in New York for intentional infliction of emotional distress and sexual assault, claiming the couple tried to pay her $500,000 to recant the allegations and intimidated her on multiple occasions – claiming they were trying to coerce her to help them get Petty off the registry. 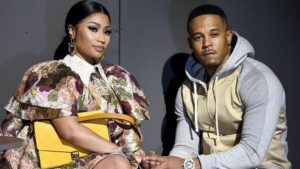 The case moved to California where the couple lives. Minaj was dropped in January.

Still, prosecutors are pursuing action against Petty, arguing that when he moved to California in 2019 while dating Minaj, he neglected to register as a sex offender.

“Defendant’s registration lapse is alarming considering that it occurred when he began dating his wife, quit his work, moved to Los Angeles, and adopted an affluent lifestyle,” prosecutors said.

Prosecutors said he had followed registration rules before his relationship and move. Petty and Minaj wed in 2019 and had a baby in 2020.

Prosecutors said the defendant had been registering sex offenders for nearly 20 years.

“For 20 years, he was cautioned that if he relocated to another state, he was responsible for municipal, city, state, federal, and international registration requirements.”

Prosecutors argued Petty should get 15 months in jail and pay $55,000. On July 6, Petty will be sentenced.

The $4,194 maximum Social Security benefit can be yours if you’re eligible.