The Walking Dead Ending Explained: What Happens at the End of the Story? 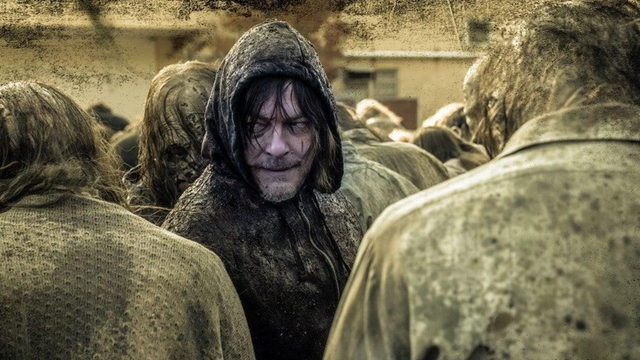 The Walking Dead fans were extremely emotional leading up to the season finale on November 20, 2022. With so many loose ends to tie up, it seemed unclear how the conclusion could be satisfying.

Those who anticipated being dissatisfied with the conclusion were pleasantly surprised and pleased by the coda sequence that brought back two characters. However, others are still a little baffled by that conclusion.

The Walking Dead universe is going to drastically expand with the inclusion of additional spinoff shows to the existing three.

As Daryl Dixon (Norman Reedus) bid his goodbyes and rode away from the villages, the conclusion of the flagship series discreetly set up his spinoff. Eventually, against his choice, he will find himself in France and confront the variant zombies shown in the epilogue of The Walking Dead: World Beyond spin-off.

Maggie (Lauren Cohan) and Negan (Jeffrey Dean Morgan) had a heartbreaking conversation in which Maggie described how she feels when she looks at Negan. He did eventually say the words she desired, “I’m sorry,” but despite the fact that he has changed and saved her son, she cannot forgive him for Glenn (Steven Yeun).

At the conclusion of the final episode, the audience was emotional. The subsequent reappearance of Rick Grimes (Andrew Lincoln) and Michone (Danai Gurira) was exactly what many viewers had hoped for.

The scene opens with both of them completing identical duties, such as building a fire and writing messages to their children and Michonne, respectively. While they stare into the fire, it appears that they are almost together.

When the camera pans away, however, viewers notice that not only does Michonne possess Rick’s belongings, but so does Rick himself. At that point, it becomes obvious that we are observing two distinct timelines.

Rick is wearing a CRM (Civil Republic Military) coat, as indicated by the three rings, and a wicked-looking weapon that observant viewers would identify as Silas’s (Hal Cumpston) weapon from World Beyond. Similar to Silas, he may have worked in a culling facility where the CRM rounds up walkers and kills them in mass.

Rick then places the note he wrote to Michonne in a bottle and throws it into the water while throwing his backpack onto a boat that is the identical one that would wash up on Bloodworth Island, be scavenged by Virgil (Kevin Carroll), and lead Michonne to discover that Rick lived.

The aircraft informs Rick that there is no point in escaping, and he smiles, leading many to believe he recognized someone on board.

The timeline of Michonne looks to be in the present. Many have linked her new dress to the ones she wore in the Black Panther films, in which she represented the character Okoye. She was keeping a notebook for her children when she packed Ricks’s belongings, mounted a horse, and was last seen heading into a valley filled with zombies.

Rick has been attempting to make his way back to his family, and Michonne has not given up searching for him. This is all wonderful news. In the soon-to-be-produced new Rick and Michonne television series, it will be fascinating to learn more about their lives apart.