Explain the Ending of the Watcher: What Happened to the Watcher’s Neighbors? 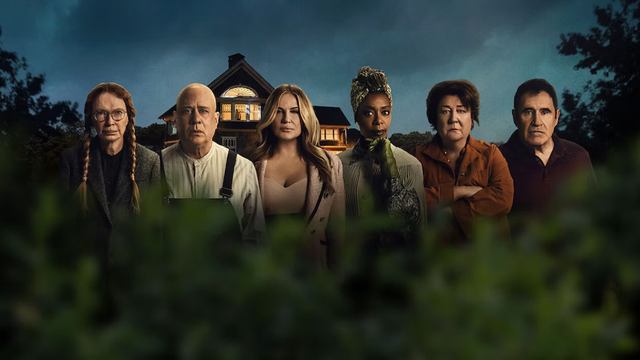 The Watcher on Netflix depicts a family whose lives are disrupted by a mystery stalker named (you got it) The Watcher.

While the series has been a massive success, becoming Netflix’s second most-watched English-language series after Stranger Things in its first four weeks, the unclear ending has many viewers unsatisfied.

Unofficially, Season 2 is on the way, which may provide some answers to viewers’ burning issues. However, it is currently unclear if the second installment will continue the plot or become an anthology series.

Nora (Naomi Watts from Mulholland Drive) and Dean Brannock (Bobby Cannavale from Blonde) have their lives upended when they receive threatening letters from an unknown stalker at their home.

The Watcher is based on the true tale of Maria and Derek Broaddus, which was initially published in New York Magazine in 2018. It follows the pair as they go to great efforts to solve the baffling riddle and identify the stalker. Who is the Watcher, and has the mystery ever been resolved?

The following is a summary of the ambiguous ending and how it differs from what we know to be true for viewers who watched all seven episodes of the Netflix series, as well as those who did not.

When cancer-stricken Theodora (Noma Dumezweni) confesses on her deathbed that she was the offender, the case appears to be closed.

The private investigator informs a shocked Dean (Bobby Cannavale) that the woman formerly owned the mansion but had to sell it to pay for her chemotherapy treatment. Upon learning that her “parasitic” ex-husband had stashed away millions of dollars, she intended to coerce Dean and his wife Nora (Naomi Watts) into selling so she could reclaim the money.

This included mailing eerie typewritten letters, as well as creating extensive backstories for fictional persons (such as serial killer primary suspect John Graff) and employing performance artists (such as the pig-tailed woman recorded on tape sneaking into Dean’s bed) to heighten his paranoia.

Theodora also asserts that the man who spoke about blood-drinking cults, the very unhappy Andrew Pierce (Seth Gabel), was a former occupant, but that she implanted these beliefs in his mind. She says, “This was never about you, Dean; it was about the house.” Dean realizes Theodora never lived next door when he visits his neighbor Mo (Margo Martindale) following the death of her husband Mitch (Richard Kind).

Later, at her funeral, the devastated daughter of the PI reveals to Nora and Dean that her mother wanted to ‘come clean’ as a compassionate deed. Theodora did not want the Brannocks to be consumed by the whodunit once she was no longer there to help solve it, so she claimed to be The Watcher to stop their suffering.

What Happened to the Watcher’s Neighbors?

The Westfield Preservation Society, a.k.a. Pearl (Mia Farrow), her emotionally disturbed brother Jasper (Terry Kinney), and Will/John, the man who may or may not have murdered his family 20 years earlier (Joe Mantello), get two new members to complain about the kitchen countertops of their neighbors with.

Mo, who has been one of the Brannocks’ many thorns, eagerly accepts an invitation to the nosey society, as does Roger (Michael Nouri), the retired teacher whose ‘Ode to a House’ poems was part of the hate mail riddle.

may there already be difficulties within the enlarged group? Roger recognizes Will immediately, and despite Will’s assertion that it’s because of his position at the public library, it is evident that this is not the case. Could the similarity be due to the fact that Will is actually John Graff?

What Happened to the Brannocks at the End of the Watcher?

Dean says in his therapy session that he and Nora’s marriage is back on track, while Ellie (Isabel Gravitt) aspires to attend an Ivy League institution. As the session continues, it becomes evident that the house continues to haunt him.

Dean is then seen appreciating the property, whose mailbox has a brand-new typewritten letter and introducing himself to the new homeowner as John.

Does the building possess possessive qualities similar to those in The Amityville Horror? Nora’s appearance mere seconds after Dean’s departure demonstrates that it continues to bother both Brannocks.