Editorials 24
HomeAnime‘Reincarnated as A Sword’ Anime Release Date: Is It Officially Confirmed?
AnimeEntertainment 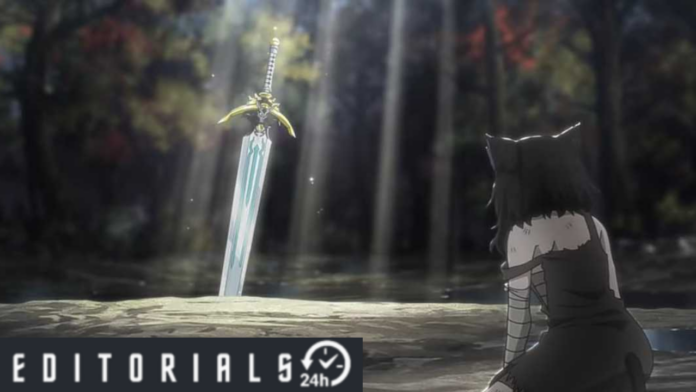 Is it possible that Isekai anime will become obsolete? Not anytime soon. The Isekai fandom is enormous, and it eagerly anticipates the premiere of each new world anime. As another isekai anime prepares for release, good news knocks on all doors. Reincarnated As A Sword is a new anime based on the same-named light novel.

The anime adaptation was recently announced and has already elicited some interesting emotions. Its intriguing title has piqued the interest of countless Isekai fans, who are looking forward to the show’s premiere.

The film Reincarnated as a Sword tells the narrative of a person who dies and is reincarnated as a sword. The source novel was well-received, and we anticipate the same from the upcoming anime adaptation.

Yuu Tanaka wrote and Llo illustrated the light novel Reincarnated As A Sword. Shsetsuka ni Nar published the first edition of the work in 2015. 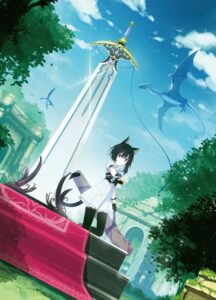 Micro Magazine’s GC Novels imprint produced a light novel adaptation of it. The light novel was first published in 2016 and has been continued since then. The light novel The Reincarnated As A Sword contains 12 volumes as of this writing.

Are you excited about the new Isekai anime? Here’s all we know so far regarding the anime version of Reincarnated As A Sword.

Reincarnated As A Sword Release Date

Despite the fact that Reincarnated As A Sword is generally unknown among overseas anime lovers due to its unavailability, it is quite famous among Japanese readers. Because of its rising popularity, it was chosen for an anime adaptation.

The anime series was first announced in the twelfth book of the light novel, which was published in September 2021. 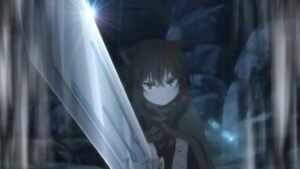 The official website recently published the character pictures for the two major characters, as well as their voice actors, on February 25, 2022. Fran will be dubbed by Ai Kakuma, and Master will be voiced by Shin-ichiro Miki, according to the statement.

When a 30-year-old salaryman is killed in a car accident caused by a distracted driver who was texting, he is reincarnated as a sword on another planet.

Despite the fact that he has forgotten his name, he recalls a number of other details from his previous life. Fran, a young slave, discovers it and becomes his long-sought wielder. She frees herself from enslavement with the sword and renames the reincarnated sword Master.

The adventure of Fran and Master as they trek through this fantasy world together is told in Reincarnated As A Sword.

Related: Rwby Ice Queendom Anime Release Date: Both the Japanese Dub and The English Dub Will Be Available at The Same Time 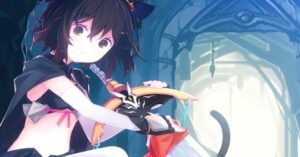 The two major characters have distinct personalities that are entertaining to see. From Reincarnated As A Sword, here’s a little introduction to Fran and Master.

Fran is a catgirl who appears at the start of the novel when the protagonist is reincarnated as a sword into the world. Slave merchants have her kidnapped and are bringing her in a caravan to sell her. Lackey, the trader’s assistant, assaults her on the way. A two-headed bear, however, attacks the caravan.

Fran flees and discovers the reincarnated sword along the road. She employs it in the assassination of the bear. When she is discovered by a slave dealer, he continues to mistreat her. Fran hears him, and the sword kills him as well.

‘Master’ is the name she gives to the blade. Fran spends her time honing her swordsmanship skills and learning how to use her Master’s abilities. 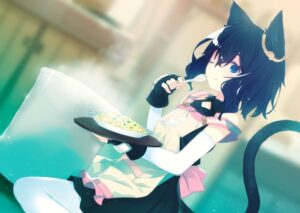 Fran has a plain and blunt nature in the light novel. She owes Master a great deal of appreciation and respect, and she takes it to her heart if he is insulted. Fran is actually quite caring and kind, despite the fact that she does not show it much, and this leads a lot of people to become her friends.

She’s also noted for her mental toughness. As the series progresses, she emerges as one of the series’ most powerful characters. 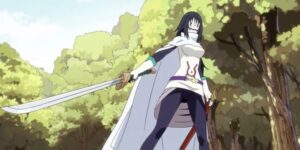 Master refers to the sword’s prior life as a human. It also serves as the series’ narrator on various occasions. Master is a magical sword with various special abilities in its current form. Fran’s trips are aided by it, and it defends her with all of its force.

Master addresses others in a kind and respectful manner. However, if anybody is disrespectful to it or Fran, it will be equally cruel.