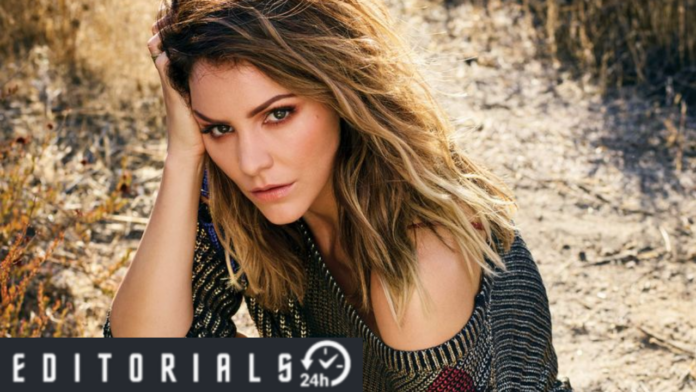 Katharine McPhee (aka Katharine McPhee-Foster) is a $14 million-dollar-rich American pop singer, songwriter, and actor. After participating in “American Idol” in 2006, McPhee became a household name. Katharine has recorded five studio albums (including a Christmas album) since finishing second in the competition, with her debut album reaching #2 on the “Billboard” 200 charts in 2007.

McPhee has also had a successful acting career, having played Karen Cartwright on NBC’s “Smash” from 2012 to 2013 and Paige Dineen on CBS’s “Scorpion” from 2014 to 2018. Katharine made her Broadway debut in April 2018 at the Brooks Atkinson Theatre as Jenna Hunterson in “Waitress.” In March 2019, she repeated her role in London’s Adelphi Theatre, before returning to Broadway in November 2019 until the production closed in January 2020. Katharine McPhee was born Katharine Hope McPhee in Los Angeles, California, on March 25, 1984. Katharine’s father, Daniel, was a television producer, and her mother, Peisha, is a vocal coach who started working for “American Idol” in 2011. Katharine’s older sister, Adriana, is also a vocal coach in the program. McPhee received musical lessons from her mother and appeared in several Notre Dame High School theatre performances. Katharine studied musical theatre at the Boston Conservatory for three semesters after graduating in 2002. Her management persuaded her to drop out of college and concentrate on her profession, so she returned to Los Angeles and began auditioning for pilots. McPhee was cast in an MTV series called “You Are Here,” but the pilot was never broadcast. Katharine was nominated for an Ovation Award for her performance as Annie Oakley in an L.A. version of “Annie Get Your Gun” in 2005.

Katharine auditioned in San Francisco for “American Idol” in 2005, and her rendition of “God Bless the Child” earned her a trip to Hollywood. She was a fan favorite among viewers and judges throughout the competition, and she advanced to the finals, finishing second to Taylor Hicks. McPhee signed with RCA Records in June 2006, and her first song, “Somewhere Over the Rainbow/My Destiny,” was released later that month; only Hicks’ “Do I Make You Proud” sold more copies that year.

McPhee made cameo appearances on ABC’s “Ugly Betty” and the web series “lonelygirl15” in 2007, and the following year, she co-starred with Anna Faris, Colin Hanks, and Emma Stone in “The House Bunny,” in which she played a pregnant sorority girl. Katharine had a leading role in the 2011 film “You May Not Kiss the Bride,” and she also appeared in the horror flick “Shark Night 3D” the same year. In 2012, she competed for the role of Marilyn Monroe as Karen Cartwright on the musical television series “Smash,” which aired 32 episodes and was produced by Steven Spielberg; in 2015, she reprised her role in a one-night-only, sold-out production of “Bombshell in Concert” at Broadway’s Minskoff Theatre. McPhee started playing a single mother with a smart son on “Scorpion” in 2014, and she appeared in all 93 episodes of the show. Katharine has also been in the Lifetime film “The Lost Wife of Robert Durst” and has guest-starred on various TV episodes, including “CSI: NY” (2009), “Community” (2010), and “Family Guy” (2012). (2017).

Katharine McPhee married actor Nick Cokas on February 2, 2008, and they divorced in May 2014, just months after TMZ published photos of McPhee kissing “Smash” director Michael Morris (who has been married to actress Mary McCormack since 2003). Katharine and Nick have been separated since the beginning of 2013, according to a source in “People” magazine. In February 2016, the divorce was finalized.

From August 2014 to July 2016, McPhee was in a relationship with “Scorpion” co-star Elyes Gabel, and in May 2017, she began dating record producer David Foster. David proposed to Katharine in June 2018, and the couple married on June 28, 2019. David produced Katharine’s debut single in 2006, and the couple married on June 28, 2019. McPhee and Foster started touring together in January 2020, but owing to the Coronavirus epidemic, they had to cancel their remaining appearances in March.

Katharine launched the McPhee Outreach charity in 2006, which cooperated with Global Compassion Services to build a preschool in Burkina Faso and with the Lollipop Theater Network to provide music to children in hospitals in Southern California. She underwent a 3-month eating disorder treatment program in late 2005; she became anorexic at the age of 13 and bulimic at the age of 17, and she began binge eating in college. After her “American Idol” audition, McPhee chose to get therapy and credits the show with saving her life.

McPhee received an Ovation Award nomination for Lead Actress in a Musical for “Annie Get Your Gun” in 2005, a Fox Reality Award for Favorite Hottie, and a VH1 Big in ’06 Award for Big “It” Girl the following year. Katharine was nominated for Teen Choice Awards in 2006 and 2007 for Choice Breakout Female Artist and in 2012 for Choice TV Breakout Star: Female (for “Smash”). 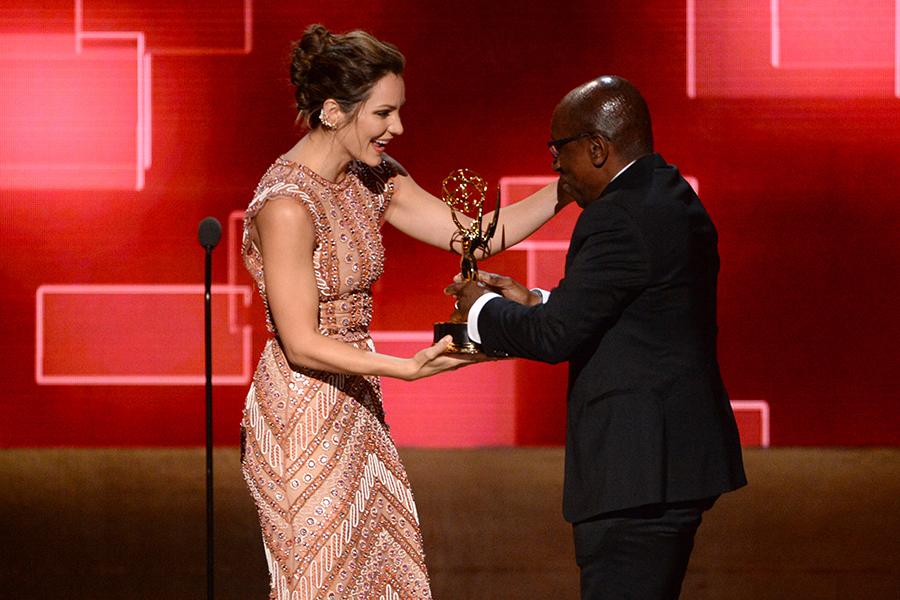 She has also won a Women’s Image Network Award for Best Actress in a Drama Series for “Smash” (2012) and a Broadway.com Audience Award for Favorite Replacement (Female) for “Waitress” (2018). McPhee was nominated for two GALECA: The Society of LGBTQ Entertainment Critics TV Musical Performance of the Year awards in 2013 for “Smash”: “Let Me Be Your Star” (alongside Megan Hilty) and “A Thousand and One Nights” (with Raza Jaffrey). Katherine and David Foster purchased a mansion in LA’s Brentwood district for $7 million in mid-2021.