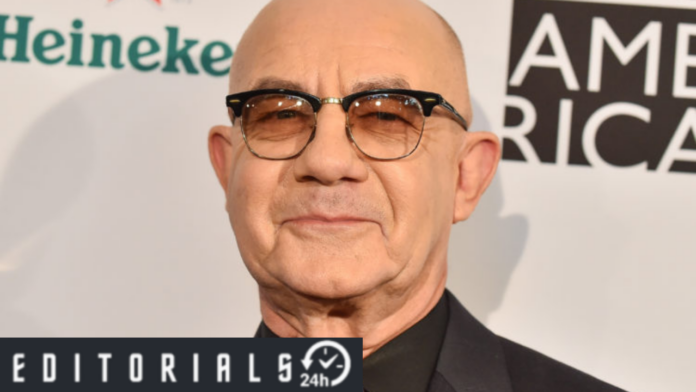 Bernie Taupin is a well-known singer, composer, poet, and lyricist from England. Bernie Taupin is a multi-millionaire with a net worth of $200 million. Taupin is well known for his decades-long partnership with Elton John, for whom he wrote a number of songs. Bernie wrote the majority of Elton John’s best-known songs. His friendship with John began in 1967 when both men responded to an ad looking for fresh songwriters.

They worked well together. Elton John had the ability to compose wonderful music, but he lacked songwriting skills. Taupin, on the other hand, was the polar opposite. They understood they could do great things if they worked together. Taupin and John were both elected into the Songwriters Hall of Fame in 1992 after a long and successful career together. 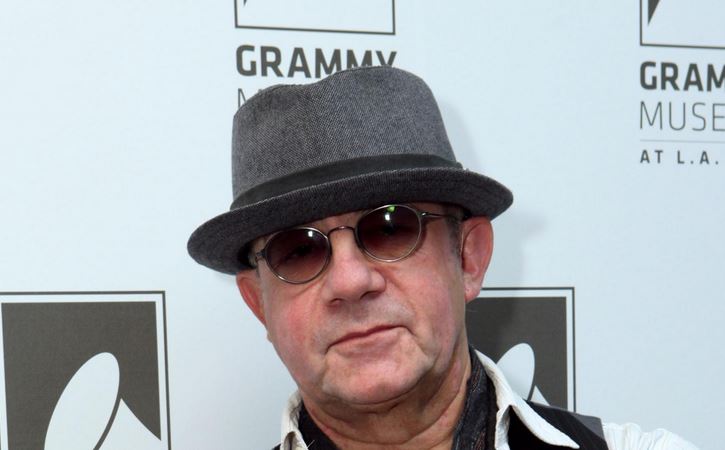 Bernie has been referred to as Elton’s lyrical translator of moods, recollections, and imaginations. Bernie has been able to tap into a wide variety of Elton’s feelings over the decades, both in and out of the closet, while not being a homosexual man himself. Bernie notably despises the song he wrote, “Don’t Go Breakin My Heart.” The song went on to become the duo’s biggest single in Europe. Bernie scribbled some lyrics on a sheet of paper for “Your Song” before brushing his teeth. Elton had penned the music to what would become their first big success in the United States by the time he returned. Bernie describes his relationship with Elton as a “nonsexual love affair” that has lasted decades.

Bernard John Taupin was born in Sleaford, Lincolnshire, England on May 22, 1950. Bernie was raised in a farmhouse without electricity by a family with French heritage, but he and his parents ultimately moved to another home with power. Taupin grew up with two brothers and quickly showed that he was not as bright academically as his siblings. He did, however, demonstrate an early aptitude for creative writing. 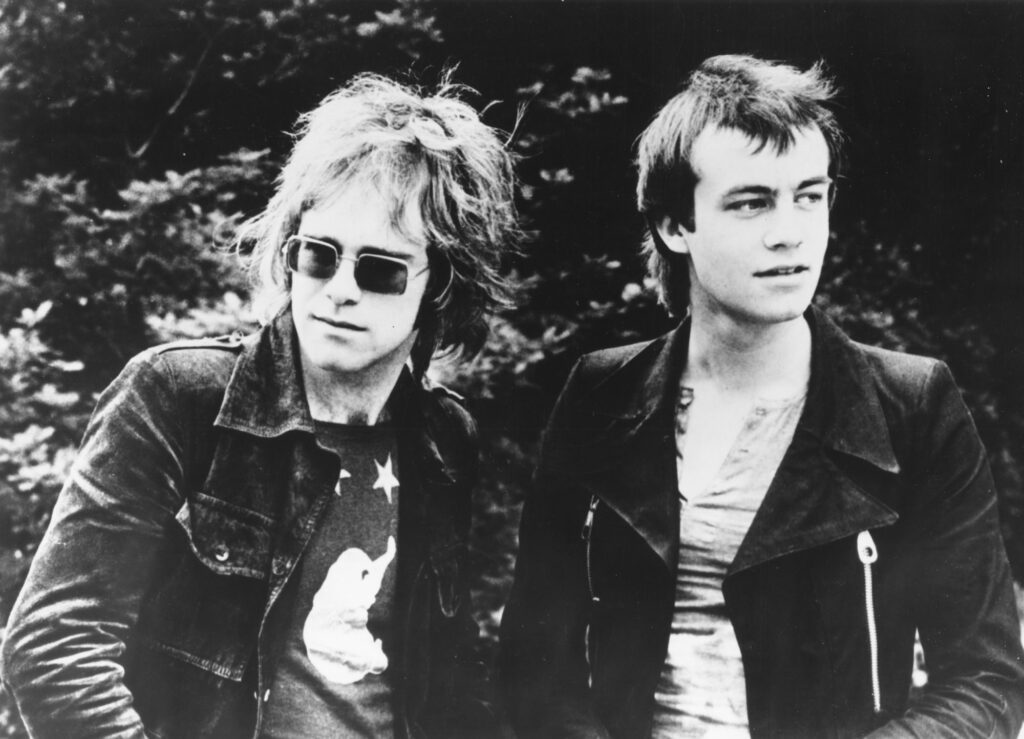 He began working as a trainee at a local newspaper when he was 15 years old. He immediately abandoned this employment, though, and began traveling across the country with his pals. He drank a lot, went to a lot of dances, and played a lot of snooker. He answered a disastrous advertisement in the newspaper after putting together an income from different part-time jobs.

The ad was for a Liberty Records audition, which was looking for new talent. Bernie and Elton John, relatively unknown performers at the time, both failed the test. After being refused, John was given access to Bernie’s poems. John got in touch with the songwriter after becoming enamored with Taupin’s work. They started composing songs together right away. Taupin and John collaborated on more than 30 recordings together over the years. Bernie was able to collaborate with a variety of musicians when John and Taupin split up in 1977. Alice Cooper was one of them. By 1980, the two had rekindled their collaboration. Taupin is also noted for penning the lyrics for a variety of films, including “Aida,” “The Lion King,” and “Billy Elliot,” all of which were released in 1994. He also penned the screenplay for Elton John’s biopic “Rocketman.”

Taupin penned almost too many Elton John hits to count. “Rocket Man,” “Saturday Night’s Alright for Fighting,” “Bennie and the Jets,” and “Goodbye Yellow Brick Road” are among them. “Sad Songs,” “Simple Life,” and “Believe” were among the hits of the 1980s and 1990s.

The documentary “Two Rooms,” released in 1991, focused on the two artists’ collaborative manner. Taupin wrote the lyrics and handed them over to John, who set them to music. The two artists had no further contact, especially during the early stages of their cooperation. However, as time passed, Elton and Bernie became closer collaborators. Another film, “Rocketman,” focused on John and Taupin’s romance, and the couple received an Academy Award for the song “(I’m Gonna) Love Me Again” from the film. Bernie and Elton have collaborated on a number of Broadway musicals in addition to music. Bernie has collaborated with a wide range of musicians over the years. He is most recognized for his work with Starship and Heart, among others. Taupin is also a producer, having worked with David Ackles on his album “American Gothic.” Later, this CD was dubbed the “Sgt. Pepper of Folk Music.”

Taupin began recording spoken-word albums as a solo artist in the early 1970s, such as “Taupin.” He then recorded “He Who Rides the Tiger,” his first album as a singer. Bernie formed his own band, Farm Dogs, in 1996. Furthermore, Bernie is a talented visual artist who has been exhibiting his work since 2010. His work has been shown in galleries all around the United States and Canada. 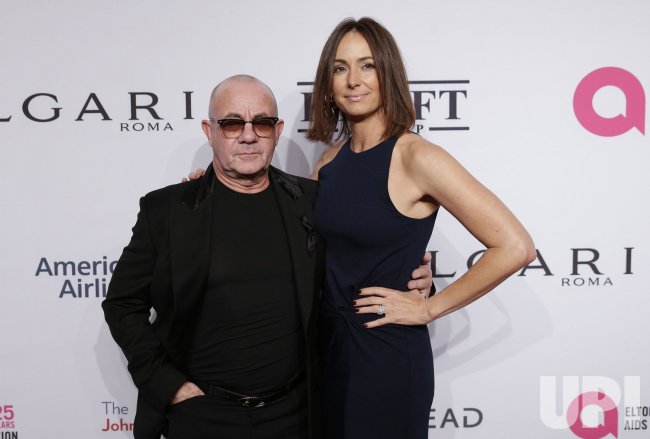 Bernie Taupin has been married four times during the course of his life. Maxine Feibelman was his first wife, whom he married in 1971. Many of Elton John’s compositions were affected by Taupin’s romance with Feibelman, which ended in divorce in 1976. Bernie remarried Toni Lynn Russo, the sister of famous actress Rene Russo, in 1979. By 1991, that marriage had also ended in divorce.

Taupin married Stephanie Haymes Roven, the daughter of well-known artists Dick Haymes and Fran Jeffries, for the third time in 1993. After five years, this third marriage terminated in divorce in 1998. He married Heather Kidd in 2004. Kidd and Taupin are married and have two children. They live in Santa Barbara County, California. 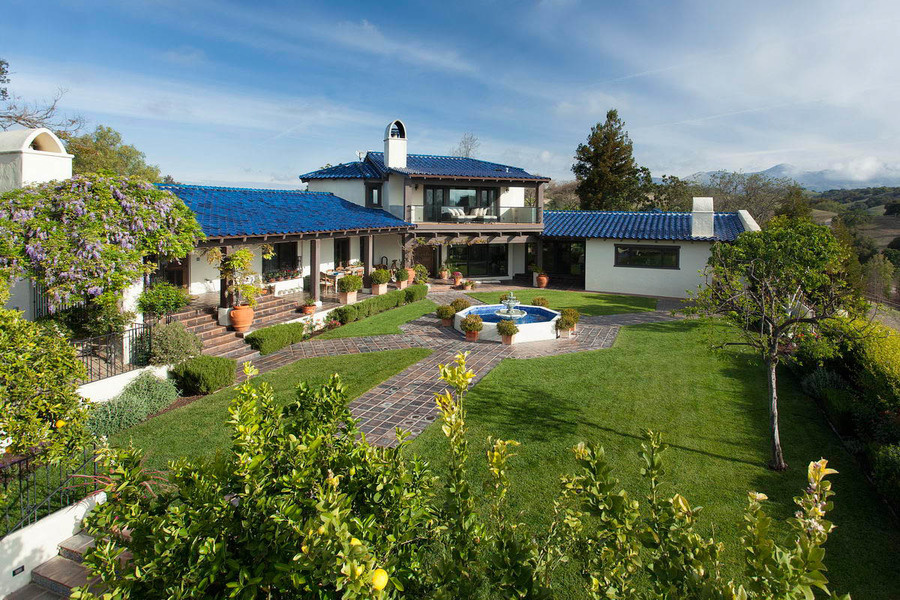 Taupin was reported to be selling a ranch in the Santa Ynez Valley for $4.7 million in 2017. Bernie tried to sell the 30-acre property for $5.95 million in 2016 after purchasing it decades ago. He lowered the price and re-listed the ranch after failing to find a buyer. There are five bedrooms in the main house, as well as separate studio and office spaces. Bernie is known for his love of horses, and the house has a “cavernous equestrian complex” complete with an arena and stables.

Despite his passion for horses, following reports said that Taupin “never longer rides horses,” which was one of the reasons he decided to sell. A pizza oven, a pool, a pond, and outdoor riding rings are among the other attractions.