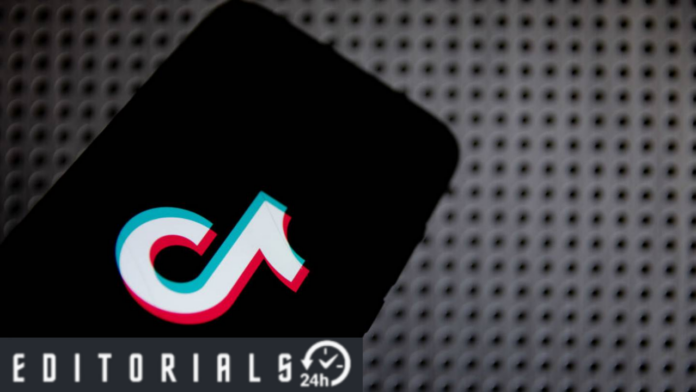 In response to the latest violent TikTok challenge, “National Shoot Up Your School Day,” school districts around New York hurried to ramp up security Friday, while others chose to go remote.

The disgusting hoax, which encourages youngsters to call in bomb threats, school shooting threats, and other acts of violence, had an impact on schools across the country, prompting several to go remote for the day or bring in extra officers for safety.

Schools in the five boroughs remained open on Friday, but a number of campuses, including Hunters Point Community Middle School in Queens and I.S. 24 on Staten Island, were placed on lockdown for a brief period after receiving threats that were later determined not to be credible, according to school sources.

Cops were seen patrolling outside a half-dozen city schools, and Nassau County Police Commissioner Patrick Ryder said cops would be examining the district’s 450 buildings all day.

According to ABC 7, “all schools in the United States will be attacked on December 17.”

“‘Be careful. ‘Remain at home.’ That video has gone viral. We’re going to be on the go… “I’m going to each and every one of our schools.” According to a district advisory, all schools in the Pelham school system closed for in-person learning “out of an abundance of caution” after a specific threat was made on Snapchat targeting Pelham Memorial High School. The threat’s specifics were unclear, and it was also unclear whether the message was related to the online challenge.

According to Syracuse.com, many school districts in central New York informed parents about the potential danger and stated extra police were stationed on campuses as a precaution.

According to reports, at least six other New York districts, including three near the Capitol and three near Buffalo, have switched to remote learning in response to the online challenge. Although no school shootings or acts of violence linked to the challenge had been recorded as of late Friday across New York and the United States, the threat alone had left many classroom seats vacant.

According to school sources, roughly two-thirds of the students at New Dorp High School on Staten Island were absent on Friday, while only six tenth graders showed up at the Institute for Collaborative Education in the East Village. According to the sources, the government eventually sent the children home.

Parents picking up their children from afterschool on the Lower East Side on Friday were appalled by the threats. “I’m scared of these threats that spread like wildfire. How do you tell the difference between a kid who is kidding and a kid who intends to do it?” The Post spoke with Jay West, 50. “This is complete insanity.”

“I shouldn’t have to explain to my 9-year-old child what to do in the event of a school lockdown,” the mother grumbled.

The NYPD and the DOE declined to specify how many threats and lockdowns had been reported, or how they dealt with them.

Meisha Porter, the chancellor of the New York City Schools, waited until Friday am to inform city parents about the stunt.

Also Read: What is the Hey Lol Challenge on TikTok? The meaning explained

“Every threat to a school community is taken very seriously,” Porter replied in an email. “We work closely with the NYPD to investigate threats made to any school community.” The threats were described as a “hoax campaign” by NYPD Deputy Commissioner of Intelligence and Counterterrorism John Miller in a statement.

“A TikTok message that has been disseminated over the last two weeks asks individuals to call in threats to schools around the country on December 17 as part of a nationwide hoax effort,” Miller told The Washington Post.

“These texts promote fake threats with the express intent of inciting panic and disruption in schools.” There isn’t a single mention of New York City. The NYPD believes that these threats are not credible in general. Any specific threats directed towards New York City schools would be dealt with on an individual basis, according to established threat assessment criteria.”

The Department of Energy was unable to specify how many threats and lockdowns were reported, or how they were dealt with.

Psaki stated, “We are aware that a handful of schools across the country are closing today, and some parents are keeping their children at home.”

The Department of Homeland Security tweeted about the threats as well but highlighted that none of them were deemed credible.

“While DHS does not have any evidence indicating any specific, credible threats to schools,” the agency added, “community should stay vigilant.”

Osmose Technology Pvt Ltd: What It Does And How It Works?