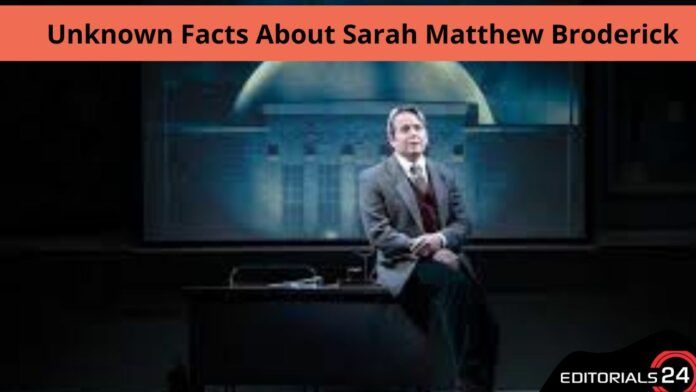 Did you know that Matthew Broderick and Sex and the City actress Sarah Jessica Parker are both left-handed? Everyone professing to be an expert in pop culture trivia knows this.

With less than four weeks until The Starry Messenger closes, we are highlighting the play’s leading man Matthew Broderick by presenting you with our list of the top 25 facts about him that you probably didn’t know.

Before it ends on August 10th, be sure to catch this well-known American performer at Wyndham’s Theatre, and don’t forget to read our list of interesting facts about Matthew Broderick!

2. He injured his knee playing American football and soccer in school, so he chose to follow in his parent’s footsteps and pursue acting instead.

3. He received his training in acting and drama at the HB Studio in Greenwich Village, a renowned institution for the performing arts with notable alums like Sigourney Weaver (Alien), Whoopi Goldberg (Sister Act), Cynthia Nixon (Sex and the City), Liza Minnelli, Barbara Streisand, and Broderick’s wife, Sarah Jessica Parker.

4. In 1981’s Torch Song Trilogy, a triple bill that included three one-act pieces by Harvey Fierstein: International Stud, Fugue in a Nursery, and Widows and Children First!, he made his professional theatrical debut.

5. At the age of just 21, Broderick received his first Tony Award for his portrayal of Eugene Jerome in Brighton Beach Memoirs, which won for Best Performance by a Featured Actor in a Play.

6. As the youngest actor to receive a Tony Award in that category, Broderick continues to maintain the theatre record.

7. In 1983’s Max Dugan Returns, made his screen debut, but it was the sci-fi Cold War drama WarGames that gave him his big break. In the movie, he plays a hacker who unknowingly gains access to a military defense supercomputer that could trigger World War III. 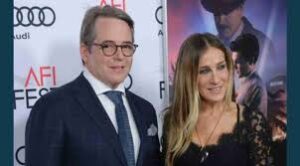 For his performance, Broderick was nominated for a Saturn Award for Best Actor.

9. He was the first candidate to play Alex P. Keaton on the popular sitcom Family Ties, but he declined the part because of the lengthy commitment required, and Michael J. Fox ended up getting the part.

10. In the most tragic of circumstances, in the summer of 1987, when Broderick drove into the wrong lane while on vacation in Ireland and collided with a mother and daughter who did not survive, their secret relationship with Jennifer Grey, who played his on-screen sister in Ferris Bueller’s Day Off, became known.

11. Just a few weeks before Dirty Dancing, Grey’s breakthrough performance, hit theatres, the couple—who had been engaged to be married—was involved in a vehicle accident.

12. In the 1990s, Broderick expanded his acting career by transitioning to voice acting. He provided his voice for the roles of Adult Simba in Disney’s The Lion King (1994) and Tack the Cobbler in The Thief and the Cobbler, a character who was originally intended to be silent. 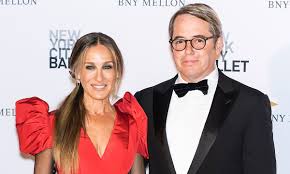 13. In the 1990s, he made a comeback to Broadway, when he played J and received another Tony Award for Best Actor in a Musical. How to Succeed in Business Without Really Trying by Pierrepont Finch

14. In addition to playing Reese Witherspoon’s leading lady in Cruel Intentions in 1999, Broderick also played the young actress’s high school teacher alongside Witherspoon in Election, a role that brought him widespread acclaim.

15. As Leopold Bloom in The Producers (2001–2002), Broderick’s second significant stage performance after the Election movie, earned him a salary of $100,000 per week, making him one of the highest-paid stage actors at the time.

17. In the movie adaptation of The Lion King, Nathan Lane co-starred with Matthew Broderick and voiced Timon. The two actors reunited for The Odd Couple on Broadway after appearing together in The Producers.

18. In addition to The Stepford Wives remake from 2004, which he co-starred in with Nicole Kidman, Bette Midler, Glenn Close, Faith Hill, and Christopher Walken, other well-known movies starring Broderick include Inspector Gadget, based on the animated television series, Addicted to Love, Project X, and Inspector Gadget.

19. In terms of culture, he sees himself as Jewish as opposed to Catholic. 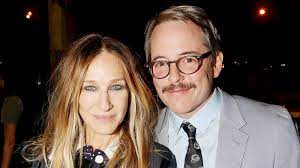 20. When he was given the job of directing a production for the brothers’ Naked Angels Theater Company, Timothy Britten and Pippen Parker introduced him to Sarah Jessica Parker, his future wife. SJP frequently attended the rehearsals, and eventually, Broderick made a date request.

21. In a civil ceremony held in a Lower East Side synagogue in 1997, Sarah Jessica Parker donned a black wedding gown.

22. The longest-married Hollywood pair in history, along with Tom Hanks and Rita Wilson, Sarah Michelle Gellar and Freddie Prinze Jr., and others, is still going strong: Broderick and SJP. 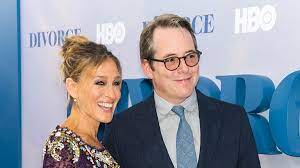 23. On January 9, 2006, Broderick was awarded a star on the Hollywood Walk of Fame. It may be found in Los Angeles at 6801 Hollywood Boulevard.

24. He played Mark in The Starry Messenger on Broadway, and he returned to the role for this year’s London production.

25. Broderick made his West End stage debut in The Starry Messenger’s London premiere, and reviewers praised his performance.