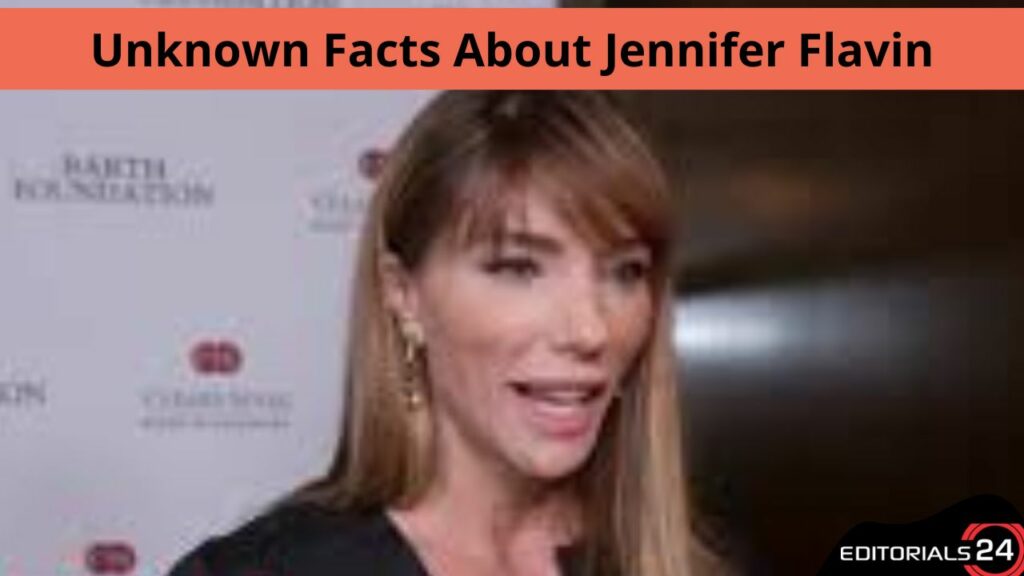 On August 14, 1968, Jennifer Flavin, a businesswoman, and former model, was born in Los Angeles. Although she had a successful modeling career and was a successful businesswoman, Sylvester Stallone’s wife is what most people know her for. Despite spending time in the spotlight since the late 1980s, there are still a lot of facts about her that the public is unaware of. Here are 10 intriguing details about Jennifer Flavin that you probably didn’t know.

1. She is One of Seven Children

The family of Jennifer Flavin is sizable. Julie Flavin and Tricia Flavin, her two younger sisters, are also actors. Tom, Pat, Shannon, and Mitch Flavin are her other four brothers. The family resided in Los Angeles’ West Hills district. Sadly, Jennifer’s mother had to raise the seven kids by herself after their father passed away when she was just 11 years old.

2. In a Restaurant, She Met Sylvester Stallone

According to Heavy, Jennifer Flavin and Sylvester Stallone first connected in a West Hollywood restaurant in 1988. Before getting married in 1997, they dated for more than a decade and welcomed their first daughter. The ceremony was held in the Penthouse Pavilion of the Dorchester Hotel in London. The marriage was sanctified by a Reverend, and the remainder of the wedding celebration was held at Blenheim Palace. Together, they had a romantic honeymoon in Ireland. 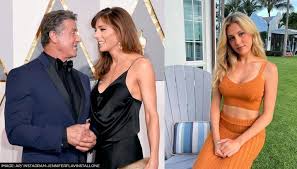 Stallone’s infidelity prevented Flavin and Stallone from getting married, despite the fact that they are now very happily wed. After dating for almost five years in the mid-1990s, Flavin learned that Stallone was having an affair with Janice Dickinson. According to Yahoo! Entertainment, Stallone sent Flavin a six-page letter that served as the final straw in their relationship.

Additionally, it was thought that Stallone was the biological father of Dickinson’s daughter; however, DNA tests eventually disproved this. Stallone and Flavin were estranged for about a year until they reconciled when he ended his relationship with Dickinson.

4. There Are Three Daughters In Flavin

Jennifer Flavin shares three daughters with Sylvester Stallone. On August 27, 1996, their first child, Sophia, was born in South Beach, Miami, Florida. The couple’s second child, Sistine, was born to her on June 27, 1998, in Los Angeles, California. On May 25, 2002, their youngest child, Scarlet, was born in Los Angeles. 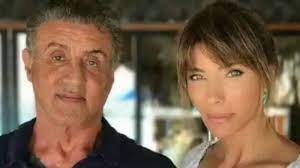 The middle name “Rose” is shared by all three of their daughters, which is unique. Sage and Seargeoh Stallone, her husband’s sons, have Jennifer Flavin as their stepmother.

5. She Was a Successful Model

At the age of 19, Flavin secured a contract with Elite Modelling Agency and started her modeling career. She developed into a very successful model who could charge a lot for a shoot. When her modeling career was at its height, she was making about $5,000 per day. She had agreements with several well-known companies, including Revlon and MCM Luggage. In 1992, she also made appearances on the covers of Marie Claire UK, American, and Spanish editions of Cosmopolitan.

6. She Co-Owns a Skincare Brand

Jennifer Flavin is listed as a co-owner of the cosmetics company Serious Skin Care on IMDB. She has so appeared frequently on the Home Shopping Network since 2005. Additionally, Flavin and Lise Simms co-hosted an infomercial for Lise Simms’ “Firm-a-Face” skincare product.

7. She Has Experience Acting.

Flavin briefly ventured away from modeling in the 1990s to try acting. She was given a little part as a delivery girl in Rocky V thanks to Stallone’s help. In “Bar Girls,” she also had a role as an escort girl. Despite the small size of each of these roles, she gained some experience acting in front of the camera. 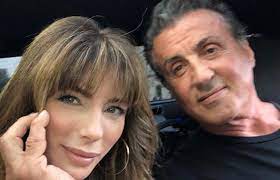 8. She Has Appeared in Documentaries and Reality Series

Jennifer Flavin has a modest acting history but has also starred in a number of reality shows and documentaries. Hollywood Women, American Gladiator, and “Good Day Live” are a few of these. She appeared in “The Contender” with Sylvester Stallone as well. This is a reality TV boxing program.

Jennifer Flavin will star in a movie that will be released in 2017, according to an announcement made in 2017. The No Name Gang is a piece that Harold Winter and Peter Washington both contributed. The plot is based on a group of Massachusetts guys who committed over 100 armed robberies in the 1990s. Rachel Riley, Kevin Navayne, Kevyn Malik Brown, and Jason Haywood are also featured in the movie. It is unclear who is directing this movie or when it will start shooting. 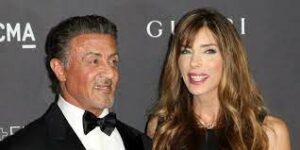 10. Flavin Resides in A Mansion in Beverly Hills

According to Velvet Ropes, Sylvester Stallone, Jennifer Flavin, and their daughters reside in a Beverley Hills mega-mansion. It is situated in one of Los Angeles’s most exclusive addresses, the Beverley Park area. The mansion is situated on a mountainside and has excellent views. It contains five bedrooms and seven bathrooms. The building’s design has been compared to a combination of a Spanish home and a Mediterranean palace.

In order to accommodate guests, Stallone and Flavin built a massive guest house on the side of the property in 2016. According to reports, the house is currently worth somewhat less than $10 million.