Editorials 24
HomeTechnologyHow to Use iPhone Mirroring Without Apple TV !
Technology 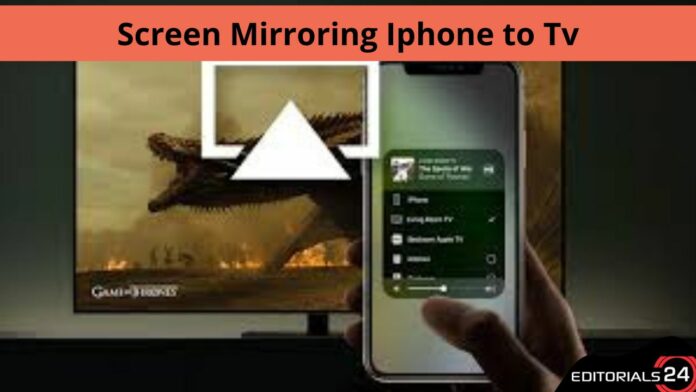 There are far too many occasions when the iPhone or iPad’s small screen is simply inadequate for displaying videos, pictures, or other visual content. Fortunately, there are various ways you may connect such devices to your big-screen TV.

Even a high-end smart TV is not required. We’ll demonstrate numerous simple screen mirroring techniques for you, from using a straightforward HDMI converter to cutting-edge wireless streaming.

Remember that mirroring your iPhone or iPad is neither essential nor the best option if your objective is to watch streaming services like Apple TV+, Netflix, or Hulu on your television. Instead, you may spend less money on a low-cost streaming media player like an Amazon Fire TV Stick 4K or Roku Streaming Stick+, put it into your TV, and control it with a standard remote. We have a link to our list of the top streaming devices below.

However, mirroring might be helpful if you want to play back films you’ve recorded on the device, show off your iOS gaming prowess, surf social media with others, present a slideshow, or display your photo gallery. For details on how to achieve that, continue reading.

Through Apple’s wireless AirPlay technology, you can mirror your iPhone or iPad to your TV in the simplest way possible. This enables you to either beam just the video and audio from approved apps or stream the whole contents of your screen to the TV.

AirPlay is now compatible with the majority of current Roku devices, some LG TVs from 2018 and after, some Samsung TVs from 2018 and later, some Sony TVs, all Vizio SmartCast TVs, and 2020 Fire TV Edition TVs from Toshiba and Insignia. Previously, AirPlay required an Apple TV streaming device. 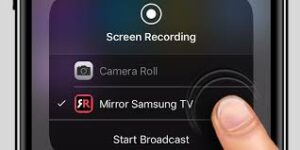 Connect an iPhone or iPad with an HDMI Cable

For screen mirroring, a wired HDMI adapter is less practical than AirPlay, but it’s still a simpler method of connection, especially if Wi-Fi is unreliable or not accessible.

You can use Apple’s Lightning Digital AV adapter for an iPhone, iPad, or iPod touch if it has a Lightning connector. This device costs about $40. There are also less expensive third-party adapters available, but keep in mind that these won’t work with Netflix or other streaming video programs that employ copy protection. (Since you’ll need to provide your own cable, if you wish to sit comfortably away from the TV you should obtain an HDMI cable that is at least 15 feet long.)

It’s simple to set up: Just connect the Lightning cable to your iOS device, set the TV to the right input, and plug the HDMI cable into your TV on one end and the adapter on the other. The second Lightning connector on the adapter can be used to connect a charger in order to prevent the battery on your iOS device from running out.

Mirroring to Fire TV and Chromecast

You may share the screen of your iPhone or iPad on Fire TV and Chromecast devices without purchasing an AirPlay or HDMI adaptor by using mirroring apps.

The success of the various apps that offer this varies, but the Fire TV and Chromecast Screen Mirroring apps by 2kit Consulting have worked well for me. These apps record video from your iOS device and broadcast it to the streaming player using the iOS screen recording functionality. You’ll also need to download a separate app for the Fire TV player, although the iOS app will walk you through the process.)