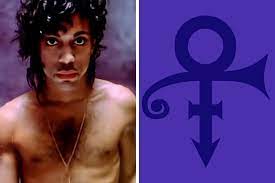 His thinking was more deliberative than you might expect.

Prince is remembered for three things: his music, the film Purple Rain (which features his music), and the time (particularly in 1993) when he changed his name to an unpronounceable symbol that combined the customary symbols for “male” and “female.”

Many pundits viewed this as part of Prince’s dwindling cultural cachet at the time. Although he ruled the 1980s, he hadn’t had a No. 1 album since 1989’s Batman soundtrack. His music was met with increasingly large shrugs from the critics.

The name change, on the other hand, was a calculated move to enrage Prince’s most vehement foe: his record label.

It’s possible that the name change was done as a snare.

It’s worth noting that Prince never stated that the name change was a deliberate attempt to annoy Warner Bros. Music. But he hinted at it several times, and the fact that he went back to using the name Prince in 2000, after being released from his contract, suggests that this was the real cause for the name change all along.

Consider this: Warner received a lot of unwanted, primarily bad attention about an artist who was meant to be one of their top-tier performers as a result of the name change.

Prince’s claims that music released after the name change wasn’t genuinely by Prince had to be dealt with by Warner. (That wouldn’t have held up in court, but if Prince’s main goal was to annoy Warner Bros., it was a fine way to go.)

Because the new Prince emblem cannot be recreated in the fonts most newspapers use, Warner Bros. had to send out floppy discs to news organizations with a font that allowed for reproduction after the modification. (I can’t duplicate it with the typefaces Vox employs, so I’ll just refer to it as “the sign” throughout this post.)

All of these items were small annoyances in and of themselves, but when they were added together, Warner Bros. was clearly irritated.

So, what exactly was the source of this feud between these two parties? Do you think Warner Bros. wanted Prince’s music to be less prominent?

Prince and his label had a long and drawn-out dispute over the name change.

Prince was continuously making new music, according to Ro, and he wanted to release as much of it as he could. He owed Warner Bros. Music five albums at the time of the name change, although he had more than 500 unpublished songs in his vault (which is still rumored to exist). Isn’t it true that this problem should’ve been simple to solve?

Possibly not. Prince wanted out of his record contract because he believed the music industry was inherently corrupt, with power concentrated in the hands of a few individuals, and that power should be restored to the artist.

Warner Bros. was concerned about a flood of Prince music flooding the market; Prince wanted out of his record contract because he believed the music industry was inherently corrupt, with power concentrated in the hands of a few individuals, and that power should be restored to the artist.

Prince wants to finish his contract by putting some of those 500 unreleased tracks on CDs. Warner Bros. probably wouldn’t have objected, but it wanted to space out the albums in order to create around a new release and have tours dedicated to the record in question. And each year Prince was forced to do so was another year he was enslaved to Warner.

The two sides eventually came to an agreement — one that included a greatest hits album, which is a standard maneuver for artists and companies looking to get out of a deal they no longer want to be a part of — but it took Prince years and years to get out of his contract.

Those in power had triumphed, and he would spend the rest of his life trying to preserve as much control over his music as possible, including refusing to let it appear on most websites.

In other ways, the rebranding foreshadowed the future.

Another addendum to this story is that Prince believed that by altering his name to a symbol, he would be able to determine who in the media still respected him enough to do what he wanted. He had always been wary of journalists and hoped that this would help him find out which ones he could still trust.

Few outlets agreed to the name change because of the typeface limits I mentioned before, therefore the cumbersome statement “The Artist Formerly Known As Prince” became his name in most media portrayals of his activities. This specific struggle with the media seemed to have ended when Prince changed his identity in 2000.

However, in some respects, this foreshadowed the contemporary fight of non-binary people to have their preferred pronouns used in the media.

For the most part, media sources have progressed quickly, such as when it comes to referring to trans people by their preferred names. However, most media sources continue to struggle with honoring the wishes of someone who does not identify as male or female and request to be addressed by the common pronoun “they” (let alone unusual pronouns like “xir”).

Prince’s very existence has proven to be a big part of the altering cultural debate surrounding sexual and gender norms, while it’s not a perfect one-to-one match. It’s only fitting that he may have foretold this talk 23 years ago in his own manner.