Editorials 24
HomeEntertainmentWhat Shows are on Paramount Plus? All Details Are Here in 2022!
EntertainmentTechnology 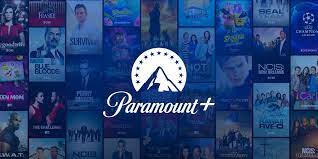 Although it entered the streaming game later than its competitors, Paramount+ has quickly established itself as a major player. Paramount+’s library of shows is a bottomless chasm with something for everyone, with properties like MTV, Nickelodeon, BET, Comedy Central, CBS, and the entire Star Trek franchise — exactly what we TV-obsessed couch-freaks have been waiting for.

For those hoping to drown in television and never have to come up for air in between binges, we’ve compiled a list of the best shows available on Paramount+, in no particular order. Don’t worry, this is only the tip of the iceberg!

The abrupt cancellation of this near-perfect show created by Paul Feig (Bridesmaids, Spy) and executive produced by Judd Apatow is one of the biggest television tragedies of the last 25 years.

Freaks and Geeks is a coming-of-age teen comedy that follows Lindsay Weir (a young and angsty Linda Cardellini in her first major role) and her classmates as they navigate the highs and lows of high school in the 1980s, from their first sips of alcohol to their final mathlete competitions.

The cast is incredible — this show launched the careers of James Franco, Seth Rogen, Jason Segel, John Francis Daley, Martin Starr, Busy Philipps, and Samm Levine, to name a few — and the stories are universally relatable.

Freaks and Geeks is a hilarious, grounded, and sweet comedy series that is widely regarded as one of the most accurate screen depictions of the American high school experience. While it struggled on NBC due to scheduling issues and a lack of network support, the streaming world has helped this lovable gem achieve the cult status it deserves. 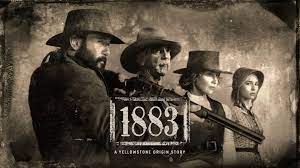 Despite being a prequel, this sweeping new Paramount+ original does not require viewing of Paramount’s massive hit Yellowstone. The production of 1883 is a massive undertaking that has made headlines due to its unprecedented budget ($10 million per episode!) and scope.

Fortunately, Paramount’s large investment paid off. The Dutton family’s journey west from Fort Worth to Oregon is depicted in this scenic, moody drama. Our protagonist, Elisa Dutton (Isabel May), narrates over ruminative vistas of the sun sinking over infinite plains, quivering with optimism for a journey that the show warns will only end in catastrophe.

Rattlesnakes, bandits, and covered waggon accidents abound in 1883, which represents the harsh reality of the Oregon Trail.

As the rugged covered waggon boss, Sam Elliot is ideally suited — his moustache has never looked better — and LaMonica Garrett is captivating in an intriguing character that promises to reverse decades of Black cowboy erasure.

Tim McGraw and Faith Hill’s familiarity on horseback and in Stetsons help them blend in with the veteran cast as Elisa’s parents.

While the judgement is still out on whether the programme will deal with the often-violent disputes between settlers and Native Americans in a nuanced and responsible manner, for the time being, this is a modern, ruminative Western with a stunning environment as significant as its moving human drama.

This is how sketch comedy should be done. Despite the fact that Jordan Peele is more recognised now for piercing thrillers like Get Out and Keegan-Michael Key has been cast in what seems like every comedy film since 2018, the two began their careers together on this acclaimed Comedy Central sketch programme in 2012.

From a replacement teacher who can’t pronounce his white kids’ names to two pals bragging about standing up to their wives, almost every scene in Key & Peele is a hit.

With the same blend of insight and silliness, Key & Peele expertly handle difficult themes like racial relations and low-stakes hassles like a social faux pas. Their comedy is sharp, fast, and entertaining — and thanks to the “Sweating Jordan Peele” meme, it will live on in perpetuity.

4. The Legend of Korra and Avatar: The Last Airbender 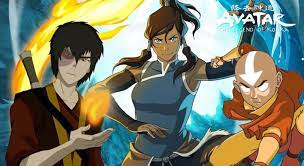 Two fantastic series set in the same enthralling universe! Avatar: The Last Airbender introduces us to a world where humans can use an ability called “bending” to harness the energies of the four elements — air, water, earth, and fire.

There, we meet Aang, the Last Airbender, a bright and sincere young man who wishes to put an end to the Fire Nation’s aggressive invasions beyond their borders. Despite dealing with serious issues including brainwashing and dictatorship, this Nickelodeon show remains upbeat because of Aang and his friends’ optimism.

The Legend of Korra picks up the plot decades later, with a slightly more mature tone. The world has altered dramatically. The people are looking for a leader, and Korra, a young lady with the ability to bend all four elements, maybe the one.

Korra, on the other hand, is only attempting to restrain her rage! The continuation preserves the original series’ spark (look for a few familiar faces! ), but its exciting plot twists, 1940s-style narration, and excellent vocal ensemble ensure its reputation as a stand-alone success. — K.G. — K.G. — K.G. — K

Ted Danson spiced up primetime as Sam Malone, a former pro baseball player who drank his career away only to find himself the proprietor of a charming neighbourhood watering hole where everyone, well, you know, many decades before stealing the show as a devilishly handsome silver fox on A Good Place.

Cheers is a timeless classic because of its witty banter, guest stars, and celebrity cameos, as well as an overall homey vibe between Sam and his regulars (Cliff, Norm, and, yes, Frasier and Lilith). Don’t forget about the baby-faced Woody Harrelson, who entered the fourth season with a prominent role. * Jenni Miller’s remark

6. Star Trek: The Next Generation 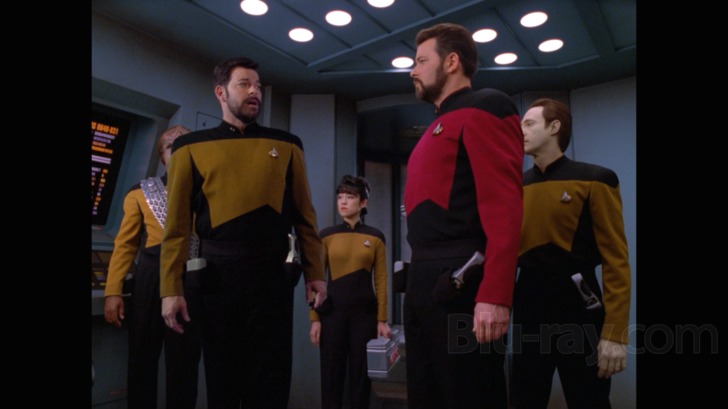 The stranglehold on Star Trek is one of Paramount+’s biggest draws, and they’re well aware of it. With a slew of new Star Trek series on the way, Paramount isn’t taking any chances. Star Trek: Discovery, like the Chris Pine Trek films, is action-packed; Star Trek: Prodigy is a gorgeously animated children’s programme; and Star Trek: Picard is a stunning return to form.

Since there have been so many Star Trek shows and movies since the 1960s, it’s impossible to pick just one to recommend, but since this list is unfortunately limited, we’ll recommend Star Trek: The Next Generation, which is both archetypal of the Trek genre and solidly bingeable for modern audiences.

This Star Trek series finds more seriousness and emotional heft than the original series, with Sir Patrick Steward at the helm of the USS Enterprise as the unflappable Captain Jean-Luc Picard.

This group of scientists and engineers explores odd new worlds, looks for new life and civilizations, and boldly goes where no one has gone before, all while delving deeply into the human condition.

Episodes that appear to be about new aliens or technology gradually reveal themselves to be philosophical musings (the episode-long courtroom debate about the legal personhood of artificial intelligence is a prime example).

Every Star Trek incarnation includes an exploration into what it means to be human, but the Next Generation does it best. Give it about a season and a half to get into its stride — or until Commander Riker develops a beard. 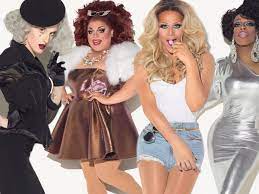 It’s difficult to recall a time before RuPaul brought drag into America’s living rooms with this effervescent show that combines creative competitions with performances and behind-the-scenes revelations, as well as a stellar lineup of judges and guest stars.

RuPaul became a media mogul as a result of the show, which also inspired international spin-offs and Drag Race All-Stars, as well as turning its winning drag queens into household names.

While there has been some controversy surrounding Drag Race and its creator over the years, as well as some of its contestants, it is impossible to ignore the show’s cultural impact. — J.M.* — J.M.* — J.M.*

Doug is a beloved cartoon for a reason, following the life of 11-year-old Doug Funnie (voice acting legend Billy West) after he moves to a new town.

It’s silly but grounded, with relatable plots and endearing characters. Doug’s escapades vary from the mundane (assisting a neighbour) to the fantastic (investigating a town monster legend), but he’s always attempting to impress his pal and crush, Patty Mayonnaise — whose voice many may recognise as Yoga Jones (Constance Shulman) from Orange Is the New Black.

Doug stands the test of time, with hilarious, surreal interludes like Doug’s alter-ego Quail Man or his Snoopy-like dog Porkchop. Maybe it’s because it’s been in the hands of both of the 1990s animation behemoths: Doug debuted on Nickelodeon before being picked up by Disney in its fifth season. — K.G. — K.G. — K.G. — K 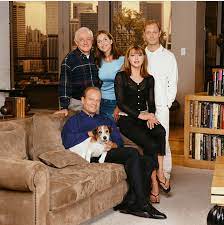 This is a show about an unpleasant middle-aged radio psychiatrist who is unable to follow his own advice due to a pathological condition. He’s arrogant, irrational, and overly judgmental of the slew of women who, for some reason, accept to date him.

Frasier may not appear to be a universally adored comedy with heart, humour, and a lot of laughs, but it is, reader! It’s a fantastic sitcom.

From Frasier’s down-to-earth father’s astute mockery of his absurdly snooty sons to his brother Niles’ (the renowned David Hyde Pierce) debilitating obsession with the unconventional Daphne, this cast of characters is magical (Jane Leeves at her absolute best).

If you’re seeking for character development and personal progress, this is not the show for you. If you want to witness Frasier and Niles insist on hosting yet another extravagant dinner party despite all evidence pointing to their complete inability to do so without disaster, this is the show to watch.

And the best part? Frasier spans 11 seasons, so you don’t have to wait months to catch up if you don’t want to!

Read more: Is Paramount Plus free? Everything You need to know in 2022!

Despite the fact that The Good Fight is a sequel to the CBS courtroom drama The Good Wife, there’s no need to watch The Good Wife first. This offshoot can stand on its own two feet. In fact, The Good Fight has been so well received that many people believe it is better than its predecessor.

Diane Lockhart, Chicago’s best litigator, is Christine Baranski. A financial crisis involving her investment banker depletes her assets and puts her goddaughter’s career in jeopardy shortly after she announces her well-deserved retirement (Rose Leslie). Oh no, Diane appears to have no choice but to return to the game!

The Good Fight is a sophisticated, compelling procedural drama that expertly addresses delicate issues such as racial and social politics. Fight, backed by a cast that includes strong heavyweights like Audra MacDonald, Delroy Lindo, Paul Guilfoyle, and Bernadette Peters, gives the classic courtroom series structure a fresh twist and a definite point-of-view.