All You Need to Know About Upgrading your Internet Plan 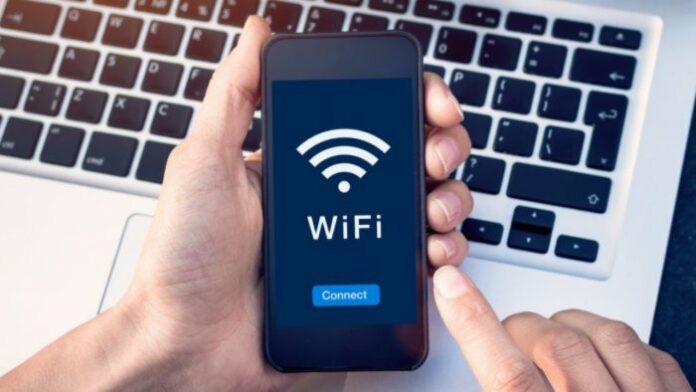 If you need a demonstration of the importance of the internet, just switch off your internet modem for a few minutes and see what happens. This would give you an idea of how important the internet is as all your family members will be out of their rooms to check what happened to the connection. Although this would be a good example still we won’t recommend you to go to such drastic lengths.

Importance of the Internet

Now any sane person can raise the question that what’s the big deal if the internet is turned off for a few minutes? To answer it simply, it’s quite a big deal. In order to understand this statement, we have to figure out how influential the internet is. Well, ever since the pandemic happened the internet which was already gaining pace rapidly, just skyrocketed beyond bounds. Because of the impending lockdowns enforced in the wake of the pandemic, everything was sealed shut.

From offices, businesses, schools, colleges, cinemas, restaurants, and cafes, practically the whole world ceased functioning. Obviously, the population couldn’t just sit in houses doing nothing as it would be not good for the overall economy which was already suffering.

So to continue the daily tasks of life, humanity turned to the internet and found the alternative to all avenues of life in the online world. People started working, studying, and even doing leisure activities like watching TV and movies over the internet. This meant that the internet was not just a pastime activity that many used to consider but was something essential that was used in sensitive tasks like working and getting an education.

That is why a disconnection of mere seconds can be fatal for certain individuals, ask someone who was in an online business presentation, or a student who was taking an exam online. Since so many sensitive tasks are being performed on the internet, this means that the connection should be a good and strong one in case it isn’t already, and that’s mostly the situation.

How to Upgrade your Internet?

Now upgrading your internet connection is quite an easy task. Many ISPs give the option to easily upgrade your current internet package either through the online portal or by calling your respective ISP’s customer service.

Plus the best part is that even the providers that sign term agreements with users for the internet services allow consumers to upgrade their plans without causing a breach of contract. For example, Cox Communications is a service provider that signs up a term agreement with a user for at least 12 months, whenever a customer signs up for their internet service.

Still, users can anytime upgrade or even downgrade their existing plan by simply calling the Cox customer service number, without affecting their user agreement. Now it is pretty evident that getting an upgrade is not a difficult task and can be easily done by various means. The actual question is whether the upgrade is required, If so, then why?

Why do You need to Upgrade your Internet?

Well, the type of internet required by a household typically varies according to usage. But now why suddenly there is the need for an upgrade? That’s the actual question. The simplest answer is that situation has changed drastically after the pandemic. Many people were satisfied with their connection before the pandemic hit, that’s because the usage was scattered among consumers who used to do various things on the internet at different times.

As people were at work and students were at school in the daytime so there wasn’t much use of the internet plus whenever the whole family was present together they seldom used the internet or at least used it at different times.

In contrast to that, after the pandemic hit and the lockdowns forced people to stay in their houses. This meant that everyone was in the house using the same internet connection at the same time.

Plus the activities that were being performed on the internet were also quite heavy, as people were working from home, students were taking online classes, and after cord-cutting, people switched their whole entertainment systems over the internet, on which they use to stream TV shows and movies in 4k quality. Plus not to forget almost all gamers use the internet for online multiplayer gaming, which takes a significant chunk of internet bandwidth.

Indications when Upgrading is required

All these activities are quite data-heavy, which means that they require a significant amount of data. Plus when multiple users are using the same connection it also splits the bandwidth among them which means none of the users get proper speed. Now the dilemma here is that most of the tasks that are being performed on the internet are important like working from home, or online classes.

The Internet has become an essential part of our daily lives, after the pandemic the internet has become so deeply rooted in the world’s infrastructure that it almost seems impossible to live without it. As many sensitive and important tasks are dependent on the internet today, that is why we can’t afford a bad connection.

Most of the time the connection deteriorates due to excessive usage, which makes sense. In order to count that it is essential to upgrade your internet plan and the right time to avoid future inconvenience. That is why we have written this article to explain why sometimes it becomes necessary to upgrade the internet, the reasons behind it, and the factors that can determine when to make that change.

John Smithhttps://editorials24.com
I am a 23-year-old social media strategist who has been in the industry for 5 years. I have worked with many large companies and celebrities. I am also an avid reader, TV enthusiast, and music scholar.
RELATED ARTICLES
Technology

Nicoobook.Net Is It a Suspicious Domain?