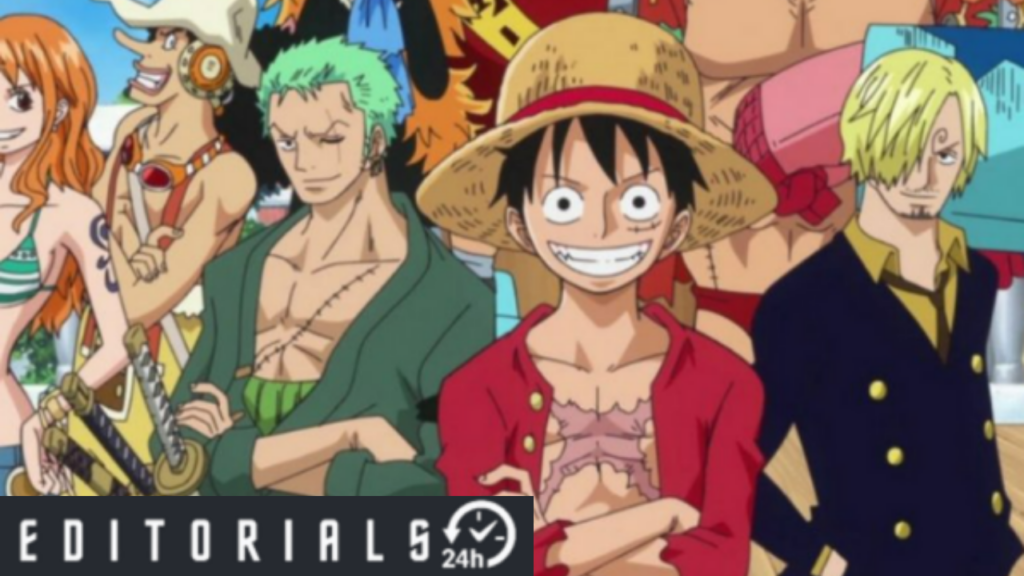 It’s been a long time for the Wano arc, but it’s finally coming to a close. We’ve seen a lot of secrets uncovered since the Wano storyline began, and we’re now receiving answers to our most bizarre questions.

The combat between Luffy and Kaidou drew a lot of attention from other worlds, with the World Government, particularly Gorosei, keeping a close eye on the outcome.

The spoilers for the next chapter of One Piece have recently surfaced, and they reveal a lot about Luffy’s Gomu Gomu no Mi and Luffy’s Gear 5.

Let’s get right into the next portion of this article if you’re ready to learn all about the chapter’s spoilers. 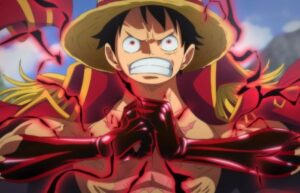 Eiichiro Oda created the manga series One Piece, which he wrote and illustrated. The plot revolves around the idea of pirates and the huge undiscovered treasure known as One Piece, which is said to be hidden someplace at the bottom of the sea.

Every pirate traveled across the ocean in pursuit of riches, but it’s not as easy as it sounds. Luffy, the show’s main character, began his own journey to becoming the King of Pirates, and thus the great shonen began its first gear.

Liberation War is the title of the chapter. 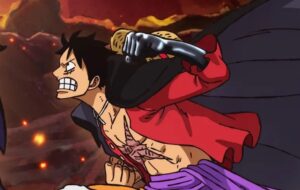 Kaidou’s attack on Luffy had everyone in the crew fearful for Luffy’s life, but they can now sense Luffy’s presence.

In Mary Geoise’s castle, Gorousei is discussing the Gomu Gomu no Mi, and they are convinced that awakening this fruit will grant Luffy incredible strength and freedom.

They are certain that this is the world’s most absurd power.

The five elders stated that the World Government has been attempting to grab that fruit for the past 800 years, but that the fruit was eluding them.

The devil fruits of the zoan type have their own minds, according to one of the five elders.

The real identity of Gomu Gomu no Mi:

The five elders finally disclosed Gomu Gomu no Mi’s true identity. The true name of this fruit is Hito Hito no Mi, which translates to “Human Human no Mi.” “Nika” is the fabled model of this fruit. 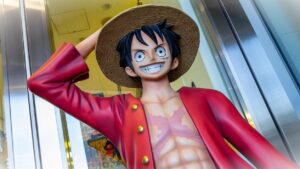 In this chapter, we learned more about Orochi and Hiyori. Hiyori’s face is finally revealed.

Luffy’s devil fruit has finally awoken, and the raw power is coursing through his veins, and he is now desperate to defeat Kaidou. This appears to be Luffy’s Gear 5.

The battle for Wano Kuni’s freedom has finally begun, and it appears that this will be the decisive round in this gripping battle.

Luffy snatched Kaidou and carried him upstairs, where he used his final move to attack him. Luffy used Rubber to change the earth and reverse Kaidou’s Bolo Breath on himself.

Will this be the final showdown between two legendary pirates? In the next episode of One Piece, we’ll find out.

We believe that the authors will not continue the battle between these two pirates after this round because many rounds have already occurred and the Wano Arc has been continuing for a long time. 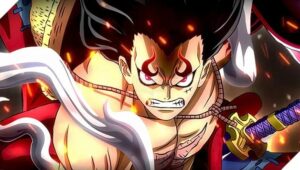 We believe that the arc’s conclusion is near and that it will be reached in the next two to three chapters.

The buildup to the next arc of One Piece may be seen, but the future arc is still unknown.

Straw Hats may be approaching Elbaf or Mary Geoise in order to save Sabo. Oda throws the decision dilemma in front of the audience, and only he knows how the story will progress from here.

Will Luffy emerge as the World’s Strongest after this battle? Yes, most likely. 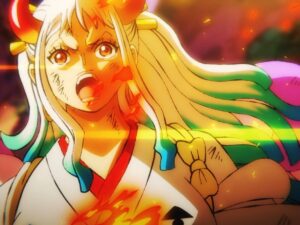 The One Piece manga is published on a weekly basis and is released every Sunday around the world.

On March 27th, One Piece 1044 will be released. On Viz’s official website, you may read all of One Piece’s chapters.

On the same platform, you can also read all of the recently released episodes.

We strongly encourage you to read manga from legal sources because it benefits the creators financially and encourages them to keep up the fantastic work.