Missing Ending Explained: What Happen at the End of the Story? 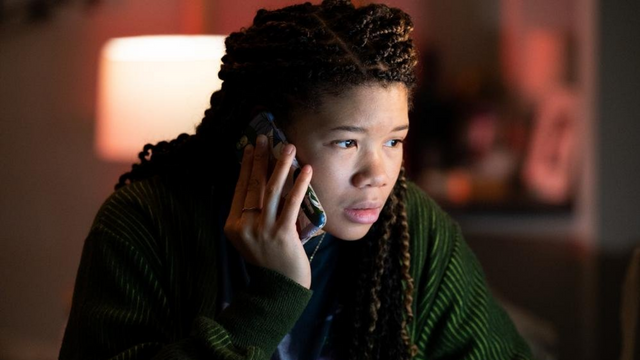 In 2018, John Cho was in a clever little thriller called Searching. The story was about a father who was desperate to find his missing daughter. It was a surprise commercial and critical hit, and its unique way of telling the whole story through a computer screen was praised.

Five years later, Sony is putting out a sort of sequel called Missing. Missing is a new story that takes place in the same world. It’s about a teenage girl who quickly realizes that her mother has gone missing.

She uses social media and Google to try to find her while also trying to figure out some things about her past. If you want to know what happens at the end of Missing, you’ve come to the right place.

The movie starts with old video footage of Storm Reid as 10-year-old June with her now-dead father James. We found out that he died of a brain tumor not long after the video was taken.

The story then moves to the present, where we meet June, who is now 18 years old and is planning a party at her home in Van Nuys, California, after her mother, Grace (Nia Long), leaves for Colombia with her new boyfriend, Kevin Lin.

Her mom wants her to be watched over by her lawyer’s next-door neighbor Heather, who is jealous of Grace’s relationship with Kevin. She also tells her daughter to empty June’s voicemail box, which is always full and never checked by June.

June has been partying hard with her friends Veena and Austin for days and nights, but now she has to pick up her mother at the airport. June calls the police because she doesn’t show up. They can’t do anything because she has no other family members and they have no solid proof that her mother is missing.

June decides to do her own investigation using a variety of digital tools, such as Google Maps (to find out where her mother is in Colombia), Facebook messages, internet search histories, and so on. She also hires Javi, a Colombian who takes care of June’s needs for a small fee.

How Does Missing End?

James! Are you kidding me? Sure enough, June’s late dad was just pretending to be dead all along. He claims Grace abducted her and has been living in secrecy under an assumed name for the past many years.

Grace ran away from him after being abused by him for years, thus despite his good intentions, the situation rapidly became bad. She lied to June and told her he had an accident to prevent her from learning that her father was an alcoholic and drug addict who regularly threatened to hurt the family.

Quickly, he abducts June and brings her to the house where he and Grace had lived. Grace and her mother are reunited, but their happiness is short-lived since James immediately threatens them and fires a gun at Grace. James attempted to grab June so that he could take her away, but a resurrected Grace stabbed him in the throat. James makes an effort to dial 911 but is unable to make it in time.

The following scene reveals that considerable time has elapsed. June is now a college student who often talks with her pals about a made-up true crime show that centers on what happened to her and Grace. Her mom sends her a message telling her how much she means to her. June tells her that she feels the same way.