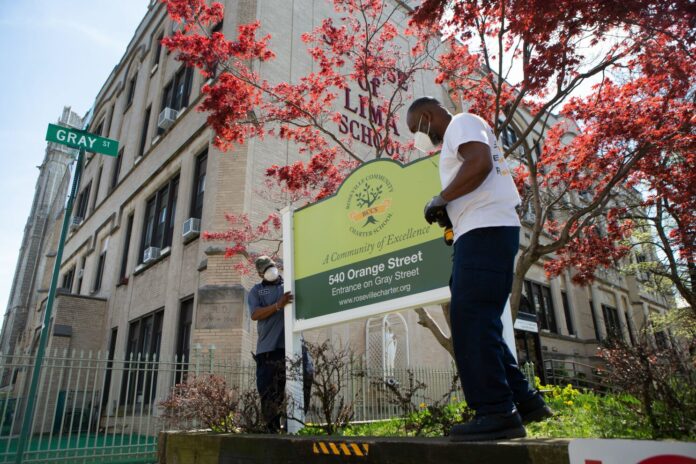 In Manhattan, 17 of the 54 teachers and staff members were absent on Tuesday due to illness, so the school temporarily switched to online instruction. Principal Eric Cato emailed parents on Tuesday 15 November to let them know that KIPP Washington Heights Middle School would be virtual from Wednesday through Friday “because of staff shortages linked with staff quarantining and testing positive for COVID.”

Since the institution will be closed all week for Thanksgiving, in-person classes will resume on Monday, November 29. According to a KIPP representative, the Washington Heights campus is the only one in the system to temporarily go remote due to staffing problems linked to student health.

The spokesman explained that “with COVID-19, RSV, and the flu on the rise and affecting multiple staff members at this site, we have made the essential choice to temporarily go remote to guarantee we can maintain a safe level of staffing, with no disruption to learning.”

Katrice Bryson, whose child is in seventh grade at the school, had multiple warnings about instructors being out with COVID in short succession last week, so she wasn’t shocked that the school had to close momentarily.

Bryson claimed that she “had no concerns” with the school’s decision. What that virus might do to me on my own is terrifying, especially because I have a damaged immune system. A temporary return to distance learning more than 2.5 years into the pandemic still seemed like “deja vu all over again,” she said. KIPP schools have closed as some students, parents, and teachers deal with an increase in respiratory disease across the city.

PRESS NYC has tallied data from the city’s education department and found that the number of COVID-19 cases reported in city public and charter schools so far this month is up slightly from last month, though it is still lower than in September and far lower than during last year’s winter surge driven by the omicron variant.

According to The Press NYC Tally

The number of reported cases last week was 2,925, up from 884 the previous year during the same week in November. Nearly 70,000 cases were recorded in a single week in January of last year when the omicron surge was at its apex. However, COVID-19 isn’t the only thing that’s stopping kids and instructors from attending classes throughout the city.

Local health officials have reported an increase in influenza infections, and pediatric wards at hospitals have seen an uptick in patients with respiratory illnesses. “This is the first winter since the pandemic began that you have not just COVID to worry about,” said Jay Varma, director of the Cornell Center for Pandemic Prevention and Response and a former health adviser to Mayor Bill de Blasio.

Children have been impacted particularly hard by the respiratory viruses, Varma said. He said that the most likely reason for the increase is that efforts to reduce the spread of COVID-19 also slowed the transmission of influenza and respiratory syncytial virus (RSV), holding these viruses at bay for much of the pandemic and stopping the short-term immunity that comes with being exposed. There has been a dramatic increase in respiratory diseases since those preventative measures were substantially loosened.

That can be a huge problem for homes and schools alike. According to the Bureau of Labor Statistics, as reported by the Washington Post, more parents than at any other time throughout the epidemic reported missing work due to childcare concerns last month.

Overall, there hasn’t been much of a change in the city’s student and worker attendance rates so far. On Monday and Tuesday of this week, student attendance was around 88%, which is around par with the annual norm, while a representative for the education department indicated that staff absences have been rather consistent since classes resumed.

While some school leaders have reported an increase in absenteeism among students and teachers in recent days, others have indicated they have seen no significant changes.

Next Thursday, city public schools will break for the Thanksgiving holiday. As a result of last year’s omicron surge, some urban educators and parents are proceeding with caution during the winter months. Since there was such a dramatic increase in reported cases, it caused unprecedented numbers of student absences and disrupted normal classroom activities.

However, Varma noted that masks and ventilation remain the most effective strategies for schools to help avoid the spread of the three clashing viruses in the next weeks and months. He argued that high-quality masks may be used to urge individuals to take precautions without having to be mandated for everyone. That, in my opinion, is the sweet spot. Michael Elsen-Rooney covers the city’s public schools as a correspondent for Chalkbeat New York. Write to Michael at melsen-rooney@chalkbeat.org.