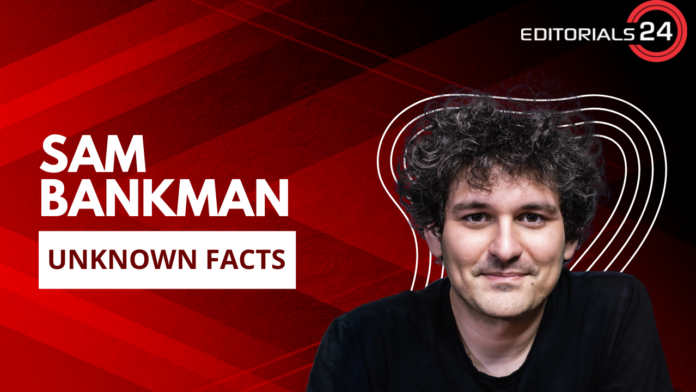 The American entrepreneur and investor Samuel Bankman-Fried (born March 6, 1992) is commonly referred to by his initials, SBF. Former CEO of Alameda Research, a quantitative cryptocurrency trading firm, and founder of the cryptocurrency exchange FTX and its U.S. counterpart FTX.US. FTX’s native cryptocurrency, FTT, collapsed in late 2022 due to the exchange’s solvency crisis. Bankman-Fried resigned as CEO of FTX, which filed for Chapter 11 bankruptcy, and declared he would wind down operations at Alameda Research in the midst of the crisis.

We Discovered the Following Five Things About Sam Bankman-Fried:

Having earned a physics degree with a minor in mathematics from MIT in 2014, Bankman-Fried then began working full-time at Jane Street Capital, a proprietary quantitative trading firm, where he had interned the previous summer. Most of Jane Street’s business derives from ETF arbitrage, a tactic that Bankman-Fried would later partially implement in his first cryptocurrency enterprise, Alameda Research.

For the most part, I enjoyed my time there. I had a great experience, learned a lot, and was treated very well; all in all, it’s an excellent establishment. I felt like it was time to start developing something and seeing how it went after approximately three and a half years,” said Bankman-Fried.

He established Alameda Research, a quantitative trading firm that traded cryptocurrencies rather than stocks and bonds in the vein of Jane Street. One early win was capitalizing on the large spread between the pricing of cryptocurrencies in Japan and South Korea and the rest of the world.

Gathering the resources necessary, was a lengthy process. Bankman-Fried acknowledged the time and effort required to set up the necessary infrastructure. “It took a lot of tinkering and building out infrastructure — some of this was technological infrastructure, but a lot of this was getting bank accounts and getting high enough withdrawal limits on our crypto accounts [in foreign countries] to be able to operate the way that we need to,” he said.

There are now $2.5 billion in assets under the firm’s management. As a professional, he has made significant progress. To Sam’s credit, his company saw rapid growth and financial success in the first two years after its founding. LinkedIn claims that Alameda Research started up in April of this year.

3. Bankman-Fried Has Also Created Waves in The Sporting World

It’s not only the commercials during the Super Bowl. FTX paid American Airlines $135 million to acquire the rights to use the name “American Airlines Arena” for the duration of the Miami Heat’s home arena.

Bankman-Fried exclaimed, “I’m super excited about that.” Crypto.com paid an estimated $700 million to change the name of Los Angeles’ Staples Center, formerly known as the Staples Center, to the Crypto.com Arena. This was the first time a cryptocurrency company had purchased the naming rights to a major stadium.

The stadium where the University of California, Berkeley Golden Bears play in the National Collegiate Athletic Association (NCAA) football tournament is now known as FTX Field thanks to a sponsorship deal with FTX. Since Bankman-Fried named his trading firm Alameda Research after the county in which FTX Field is situated, it is only fitting that the latter is also the location of the former.

4. Sam, Is a Self-Made Billionaire

Sam Bankman-Fried, according to Yahoo Sports, amassed an extraordinary fortune in 3.5 years through trading cryptocurrencies. The former ETF trader at Jane Street attributes his success to the arbitrage opportunities presented by the cryptocurrency market. According to estimates, his wealth is $9 billion. Large-scale digital asset trading is managed by his company. At age 29, he was already worth several billion dollars. The majority of Alameda Research’s earnings come from the FTX cryptocurrency exchange.

5. Sam Bankman-Fried Is an Entrepreneur and Philanthropist

8000 Hours claims that Sam Bankman-Fried is not like other billionaires. He is a one-of-a-kind individual with genuine care for the welfare of all people. His outlook on life was radically altered after he became involved with the Centre for Effective Altruism. With barely two months on the job, he was still able to learn the value of contributing to others and the planet. He intends to use some of his fortunes to support efforts to secure humanity’s long-term future.

In an interview, he said that he will give away most of his fortune to groups that work toward this goal. He feels he is making a difference by directing resources to deserving and effective groups. He doesn’t see a need to be the agent of change himself, but he does believe that giving money to good causes can make a difference. He has a generous heart and is committed to helping others, thus he is in a position to do so.