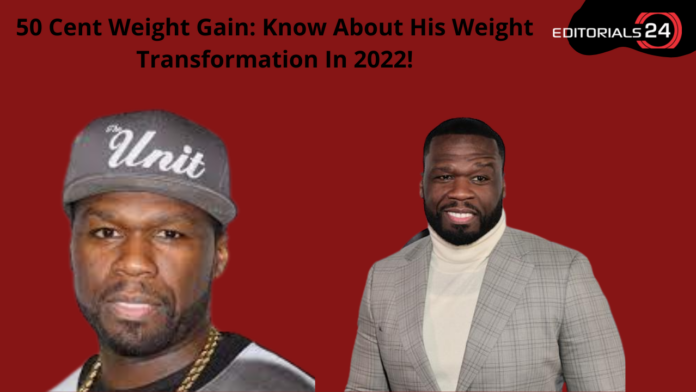 50 Cent, real name Curtis James Jackson III, is an American rapper, actor, producer, composer, and businessman. 50 Cent’s net worth is projected to be $30 million as of 2022. He is regarded as one of the richest rappers in the world despite the lawsuit.

His incredible career in the hip-hop industry has earned him the title of “master of the delicate art of lyrical brevity.”

He earned almost $260 million throughout the course of his career through touring, business partnerships, and other ventures. Due to his extravagant lifestyle and massive expenditures on real estate, vehicles, and legal fees, 50 Cent filed for Chapter 11 bankruptcy in July 2015.

50 Cent’s net worth was estimated to be $150 million during his heyday.

On July 6, 1975, in New York, Curtis James Jackson III became known as 50 Cent. He is currently 45 years old. Following the passing of his mother, 50 Cent was brought up by his grandmother.

He began selling drugs at the age of 12 during the 1980s crack epidemic, just like his mother. However, he eventually started his musical career and worked with Columbia Records to make the studio album “Power of the Dollar.”

Then, with the assistance of Eminem and Dr. Dre, 50 Cent rose with the East Coast hip hop group “G-Unit” to become one of the most in-demand rappers. 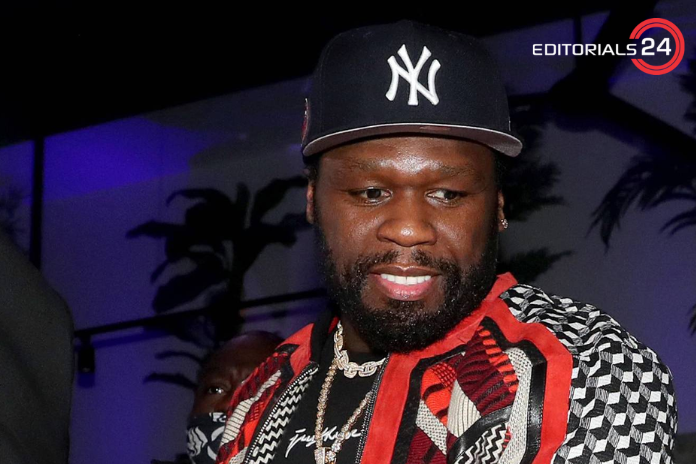 You may not have missed the 2022 Pepsi Super Bowl LVI Halftime Show, which was held on February 13 in Inglewood, California, at SoFi Stadium. 50 Cent (@50cent) was one of the show’s highlights. The crowd in the stadium and the viewers at home were astounded by the fantastic performance that 50 Cent put on.

He performed the scene from his nearly two-decade-old music video for “In Da Club,” and he didn’t let us down. He actually “flipped” out. Just like he did roughly twenty years ago, he began the program by hanging upside down.

He sparked a tonne of nostalgia by reenacting the video for the song In Da Club, a fan favorite that propelled him to fame for his performance.

After the initial shock and awe of 50 Cent’s performance of the song at the Super Bowl subsided, people turned their attention to 50 Cent’s physique. The native of Queens also appeared a little heavier than before. He was mocked by the audience as they reminisced about how he seemed in the In Da Club video and saw that he had changed considerably since then.

So, yes, the rapper was once praised for his lean body, and yes, from his appearance at the Super Bowl, everyone could see for themselves that this was no longer the case. Time therefore passed. But that does not mean that, as they did, others start calling him names for being big.

Fans did not spare him even after he delivered that spectacular show, introduced the 2000s to them, and served that classic upside-down act. They almost immediately started poking fun at the hip-hop mogul’s weight in memes.

People said that 50 Cent now resembles a dollar after realizing the consequences of inflation. Some even referred to him as a fat bat. Everyone had a chance to attack him.

However, a few others spoke forward in support of him. Others went on to criticize the woke online community for their hypocrisy in cyberbullying 50 Cent for putting on weight yet continuously speaking out against bullying and calling out the bullies.

Some people were shocked to hear that trolls were calling 50 Cent fat. He had only slightly gained weight since then; he was in no way excessively obese to merit this kind of cruel, ongoing ridicule.

Not that being overweight in any way justifies being made fun of, harassed, or bullied. However, people appear to believe that everyone is fair game when it comes to public figures.

If the trolls’ goal was to get in touch with the Disco Inferno hitmaker, however, it turned out that none of them mattered because 50 Cent laughed it off. The Power star observed people making fun of him and saw the memes. He shrugged it off and said, “Yeah, those trolls have no effect on me.”

Even posting a picture of D-12 hanging upside down on his Instagram, he joined in on the fun. He also promoted his new brand of G-Unit streetwear in order to profit from the attention being directed at him.

Additionally, in response to the fat-shaming, he LOLed on Instagram to remark that it only applied when someone was ashamed of their weight. He added that they were merely making fun of him since they knew he could lose weight.

Additionally, based on his weight history, we may conclude that the 46-year-old is choosing to remain that way even though he could easily lose weight or increase it if he so desired.

How can anyone forget the incident in 2010 when the rapper from Candy Shop lost 54 pounds to portray a cancer patient in Things Fall Apart and quickly put those pounds back on? In order to portray drug lord Isaac Wright Jr. in the 2019 television series For Life, he also put on 15 pounds.