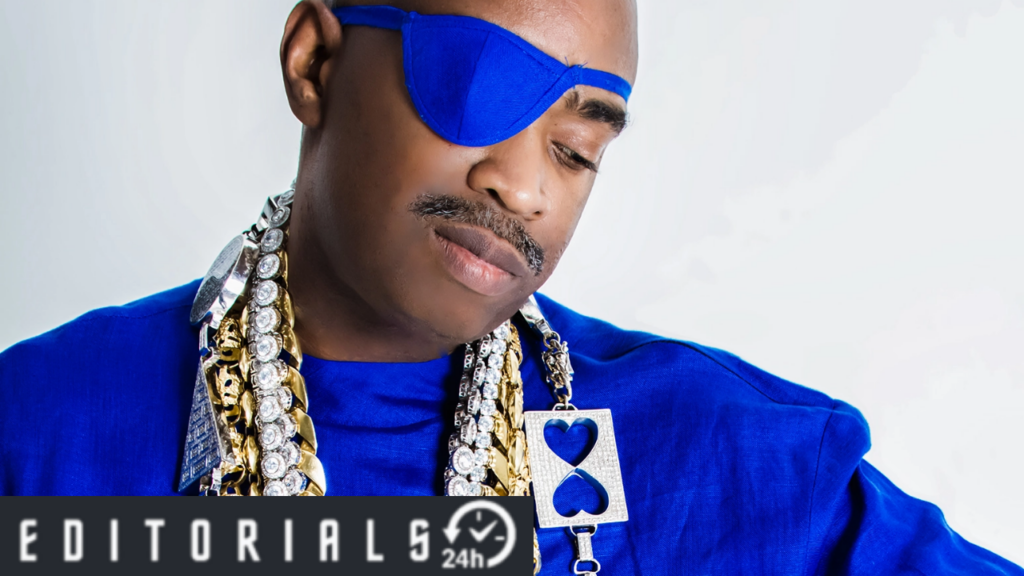 Rick’s albums include “The Great Adventures of Slick Rick” (1988), “The Ruler’s Back” (1991), “Behind Bars” (1994), and “The Art of Storytelling” (1999), including Beyoncé, Snoop Dogg, Mariah Carey, The Notorious B.I.G., and the Beastie Boys sampling his music. Slick Rick’s music has been sampled over 1700 times, according to the website WhoSampled, and he is rated #14 on the list of the most sampled musicians. Slick Rick was born Richard Martin Lloyd Walters in Mitcham, London, England, on January 14, 1965. His parents are Jamaicans, and the family immigrated to America in 1976. Rick was born and raised in the Bronx’s Baychester neighborhood, where he attended Fiorello H. Laguardia High School of Music and Art.

He majored in visual art at the school and met Dana Dane, with whom he created the Kangol Crew. Rick met Doug E. Fresh at a talent event in 1984 and became a part of Doug’s Get Fresh Crew, along with DJ Chill Will and DJ Barry B. Rick began wearing an eye patch as a child after being blinded in his right eye as a result of broken glass when he was a baby.

In 1984, Doug and the Get Fresh Crew recorded “The Show” and “La Di Da Di” for Danya/Reality Records in New Jersey. The songs were released as a 12′′ single the following year, which went gold and peaked at #4 on Billboard’s Hot R&B/Hip-Hop Songs list and #7 on the UK Singles Chart.

Rick departed the band in 1986 to join Russell Simmons’ company, Rush Musician Management and became the third artist to sign with Def Jam Records. Slick Rick’s debut album, “The Great Adventures of Slick Rick,” was released on November 3, 1988, and Rick produced it.

The Platinum album debuted at #1 on the Billboard 200 chart and #31 on the Top R&B/Hip-Hop Albums chart. “Teenage Love,” “Children’s Story,” and “Hey Young World” are all charted in the top twenty on the Hot Rap Songs list. On July 2, 1991, Rick released his follow-up album, “The Ruler’s Back,” which included the hits “I Shouldn’t Have Done It,” “Mistakes of a Woman in Love with Other Men,” and “It’s a Boy.” The album debuted at #29 on the “Billboard” 200 charts and #18 on the Top R&B/Hip-Hop Albums list.

Slick Rick’s third album, “Behind Bars,” was released while he was in prison on November 22, 1994, and it charted at #11 on the Top R&B/Hip-Hop Albums list, including the singles “Behind Bars” and “Sittin’ in My Car.” He released the Gold album “The Art of Storytelling” on May 25, 1999. “The Art of Storytelling,” his highest-charting album, reached #1 on the Top R&B/Hip-Hop Albums chart and #8 on the “Billboard” 200.

The album featured OutKast, Nas, and Snoop Dogg, and was dubbed the “triumphant comeback of rap’s best yarn-spinner” by the “Los Angeles Times.” Rick performed at will.i.am’s “Trans4M” concert in 2014, raising over $2 million for the i.am.angel Foundation, and in 2018 he released the single “Snakes of the World Today.”

He has appeared on various tracks by other artists, including Montell Jordan’s “I Like” (1996), Missy Elliott’s “Irresistible Delicious” (2005), and Chamillionaire’s “Hip Hop Police” (2007), and he performed on the Westside Gunn album “Who Made the Sunshine” in 2020.

Rick Aragones and Rick Aragones were married in April 1997, four years after they met at a Manhattan bar. Rick has a son named Ricky and a daughter named Lateisha from a prior relationship. Rick and Mandy have donated a number of pieces from his collection to the Smithsonian National Museum of African American History and Culture in Washington, D.C. Rick’s mother, Veronica, hired his cousin, Mark Plummer, as his bodyguard in 1989, but after Plummer repeatedly tried to extort money from him, Slick fired him.

Rick let him go. Plummer then attempted to rob Rick numerous times and endangered his and Veronica’s lives, prompting him to purchase a few pistols for protection after discovering gunshot holes in his front door. Rick noticed Plummer in his area on July 3, 1990, and fired rounds at him, injuring Mark and inadvertently shooting a bystander in the foot. 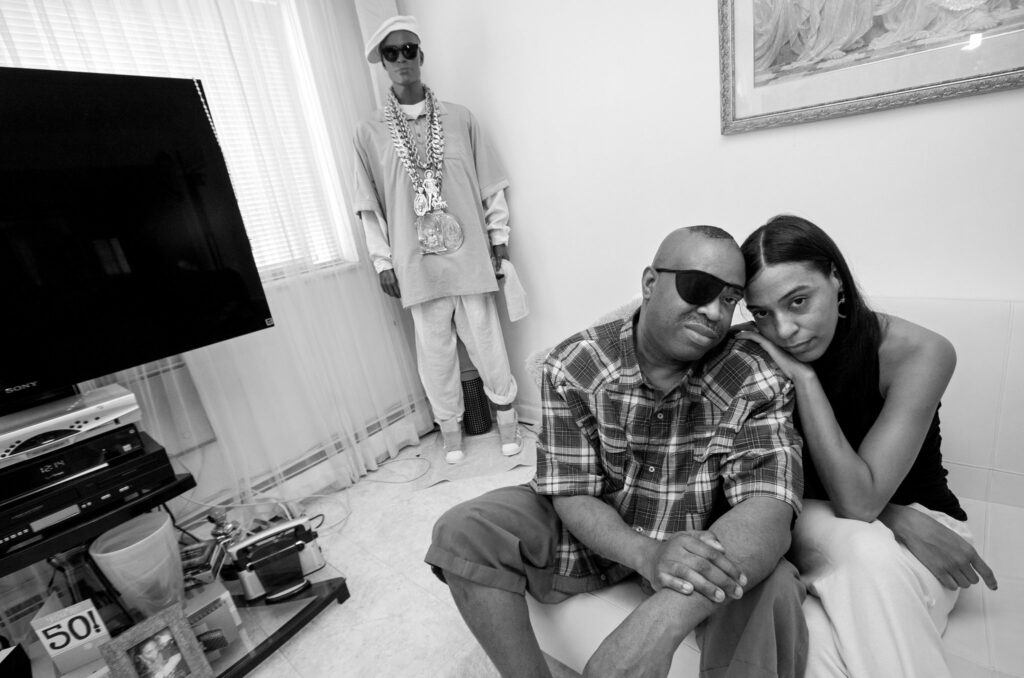 Slick was born in June of 2001. Rick was detained by the Immigration and Naturalization Service (INS) after playing on a Caribbean cruise liner and entering the United States through Florida. Rick was told he was being deported because of a statute that states “any non-citizen who serves more than 5 years in prison must be deported.”

He was freed from prison after 17 months in November 2003, after being denied bail several times. Rick became a U.S. citizen in 2016 but keeps his British citizenship. He claimed after earning his American citizenship, “I’m extremely proud of this moment — and thrilled to be an American citizen at long last… For me, this has been a long time coming, and I am relieved to finally be able to close this chapter.” 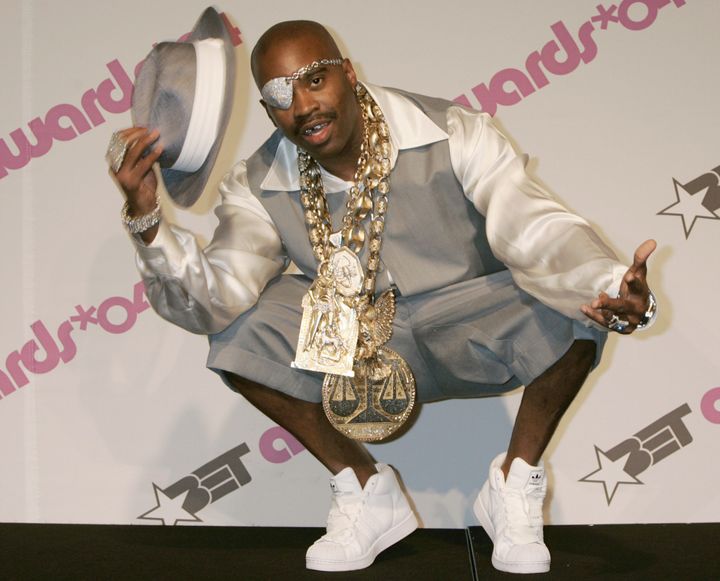 In the year 2008, Slick Rick was honored by VH-1 Hip Hop Honors, and he received a Mixx Cares Humanitarian Award in 2015 for his “contributions to music and public service.” He was placed #15 on “The Source” magazine’s “Top 50 Lyricists of All Time” list and #11 on About.com’s “The 50 Greatest Rappers of All Time” list. Montell Jordan’s “This Is How We Do It” (Best Male R&B Vocal Performance), which samples “Children’s Story,” got Rick a Grammy nomination.