Woman of the Dead Review: Location Where a Mortician Investigates Who Wanted Her Husband Dead 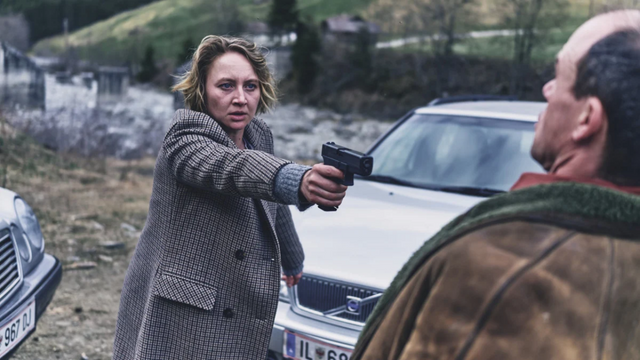 Death is a universal truth of existence. Everyone and everything will eventually clash with it, but as conscious creatures, we encounter it in a totally different manner than most other living things.

It transcends our natural instinct for self-preservation. To find consolation in the knowledge that death is not the end, we have even crafted intricate stories that altered the trajectory of our entire species. Woman of the Dead, a new German television series coming to Netflix, is a story about loss and facing the unknown.

Woman of the Dead is a television series based on Bernhard Aichner’s novel of the same name. Anna Maria Mühe, Yousef Sweid, Luis Vorbach, Gregor Bloéb, and Romina Küper star in the series.

The series depicts the narrative of Blum, a lady who has been enjoying the good life with a beautiful husband, two incredible children, and the respect of her community as the local mortician. Blum’s life falls apart as her husband dies in a horrible accident, and awful secrets begin to surface.

Woman of the Dead is a classic European suspense novel. The plot closely resembles the Millennium series, which established Lisbeth Salander an internationally renowned character.

The European thriller has evolved into its own subgenre, and this series adheres to all of its parameters to the letter. The outcome is an engaging narrative that will keep you wondering from beginning to end. There are numerous twists, reveals, and dark topics that will keep you on the edge of your seat.

Obviously, this would not be possible without a strong anchor, and in this instance, Anna Maria Mühe serves as that anchor. She is the story’s singular heroine, and its entire development relies on her shoulders.

The actress does an incredible job portraying Blum, a distinctly abnormal character. Her job as a mortician has made her stoic, and she does not display emotions like the average person. This does not imply that she lacks emotions, but her expression of them is quite distinct.

Due to the brief length of the series, only six episodes, the story’s tempo remains consistent throughout. Similar to many other stories, the center of this one is a bit slow, but the episodes are short enough that the story does not feel particularly wandering.

Midway through the narrative, it morphs from a drama about mourning into a thriller with conspiracies, villains, secret groups, and other evil elements that are best kept under wraps until you see the program. The plot is a combination of many familiar elements, but it stands on its own.

Visually, the series employs the same color palette as the majority of Scandinavian television series in the genre. This is a German program, but it manages to cross over and feel like it was filmed in Denmark or Norway.

This wide and frigid setting is ideal for the type of story the show is attempting to communicate. When the natural order appears to be so vast and unyielding, dealing with the problem of mortality may leave you feeling completely overwhelmed.

As the series progresses further into the plot, it could be stated that some of the elements that make the beginning so powerful become increasingly obstructive.

However, this could be a problem originating from the source material, and the series is ill-equipped to handle it. Some individuals may be turned off by the shift in tone and emphasis of the narrative. However, we are confident that the series will be most appreciated as a compelling binge-watch with some dark undertones.

Anna Maria Muh is the star of the show, but the supporting cast is also excellent. Obviously, they do not have as much time to shine as Mühe, but they make the most of every occasion.

Küper, for instance, has one of those imagined roles that could be a throwaway element used as an initiating occurrence, but she depicts a very sad and terrible kind of what abuse truly is.

If there is one thing that each actor does, which is significantly accentuated by the direction, it is that each character appears to be hiding something. It makes the situation more engaging.

Woman of the Dead is an excellent representation of the crime thriller genre. The plot progresses at a rapid rate, and the main character’s performance is really impactful and pertinent.

The rest of the ensemble is equally talented, and the plot takes unexpected turns. The disclosures and solutions to the puzzles may not be the most creative, but the series succeeds due to the filmmakers’ dedication. This is a simple binge-watching experience that can be completed in one sitting.