Whale Movie Review: It is an Abhorrent Film About a Man Struggling to Break of His Corporeal and Spiritual Bonds 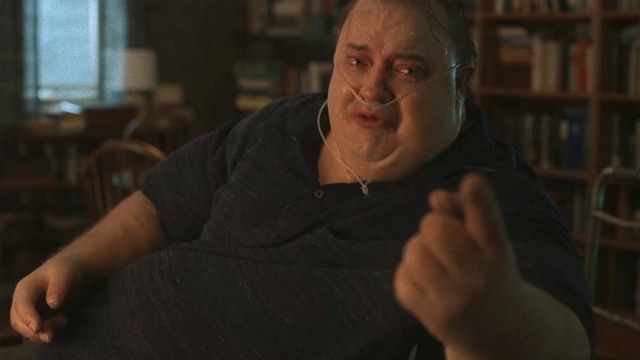 The Whale encapsulates all of Darren Aronofsky’s worst traits. It is an experiment in abjection in the style of Aronofsky’s terrible Requiem for a Dream, but its subject is even more fragile than the drug addicts in Requiem. It also contains the pet biblical idiocy of Mother!, Noah, and The Fountain, but is centered on a Christ figure with the masochistic superpower to absorb the violence of those around him and store it safely within his huge bulk.

To be fair, some individuals prefer this sort of pessimism. In addition to being difficult to endure and potentially detrimental to some spectators, this picture is also a self-serving reinforcement of the status quo, which is one of the most uninteresting things a film can be.

For a film that invites viewers to ponder that there may be a tragic past behind bodies they find “repulsive” (the film’s word), The Whale seems to have little interest in its protagonist Charlie’s perspective (Brendan Fraser). Charlie is a middle-aged divorcee who lives in a modest apartment in Idaho and offers online English composition lessons. Charlie never turns on his camera during lectures because he is obese – extremely obese, weighing over 600 pounds. Charlie has difficulty moving without a walker, and he has adapted gadgets such as grabber sticks strewn about his home.

If an alien appeared on Earth and questioned whether humans find the largest members of their race appealing or repulsive, The Whale would clearly convey the response. When Charlie is eating, Aronofsky amplifies the foley audio to accentuate the wet sound of lips smacking. Underneath these sequences, he plays foreboding music, so we know Charlie is up to something really evil. Fraser’s neck and upper lip are permanently beaded with perspiration, and his T-shirt is filthy and plastered with crumbs.

At one point, he removes his shirt and slowly makes his approach to his bed, protruding rolls of synthetic fat dangling from his body as he slouches toward the camera like the brute he is. He recites an article about Moby-Dick and how a whale is “a sad, enormous animal with no feelings” if viewers still don’t realize they’re supposed to find him repulsive. 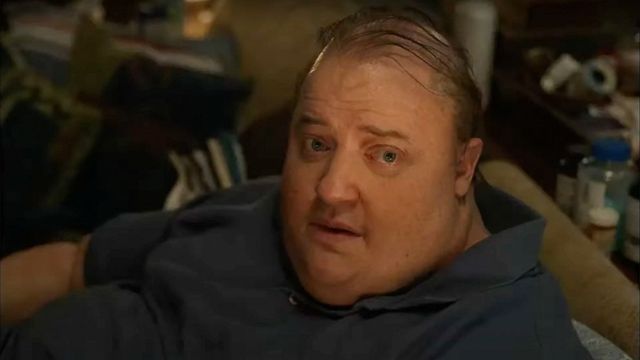 So is Thomas, although he is more interested in Charlie as a soul to save than as a person. Ellie, Charlie’s 17-year-old daughter, openly despises her father and says the most hateful things she can think of to punish him for abandoning her and her mother, Mary (Samantha Morton), when Ellie was 8 years old.

In the second half of the film, Aronofsky, and writer Samuel D. Hunter (adapting his own stage play) expose the condescending point of all of this: Charlie is a saint, a Christ-like figure, the obese man who loved the world so much that he allowed others in his life to treating him horribly in order to cleanse them of their animosity and himself of his sins. In the meantime, a subplot detailing Thomas’ life in Iowa makes the strange claim that people are genuinely attempting to assist when they treat others unkindly, which is only true if the recipient of that animosity does not know what’s best for them.

Which is it then? Should one turn the other cheek, or should one be nasty in order to be kind? It seems to depend on whether they are overweight. Charlie never remarks on the smoking and drinking habits of other characters, although they frequently comment on his weight.

Perhaps the most aggravating aspect of The Whale is how near it comes to some form of understanding. Aronofsky and Hunter only needed to demonstrate empathy and interest for persons Charlie’s stature, as opposed to making patronizing assumptions about their reasons.

Charlie’s refusal to go to the hospital, despite his dangerously high blood pressure and indications of congestive heart failure, is the primary offender in this instance. Initially, he tells Liz he cannot afford to pay the enormous medical expenditures he would incur as an uninsured patient. Then it is discovered that Charlie has more than $100,000 in savings.

The Whale interprets this as a combination of selflessness and suicidality; he intends to donate the money to Ellie after his death. Extensive research has revealed why fat persons resist medical care, and it has nothing to do with a self-sacrificing messiah complex. This reveals Aronofsky and Hunter’s assumptions regarding Charlie’s reasons to be false. Doctors are more inclined to disregard, degrade, and misdiagnose obese individuals.

The other aggravating aspect is that Brendan Fraser is actually an asset in the lead part. He portrays Charlie as an intelligent, humorous, and insightful man who loves words and creativity, and who refuses to allow his unfortunate life circumstances to render him cynical.

He sees the best in everyone, including Ellie, and responds to her insults with praise and encouragement. (She is in pain, you see.) Their eyes of Fraser are compassionate, and his brows are furrowed with regret and concern.

However, if there is anger behind those eyes, we cannot see it. If Charlie is simply giving people what they want to hear in an effort to minimize their mistreatment, his words are ineffective.

Fraser’s sympathetic endeavor to identify a man within the symbol aside, the film appears content with Charlie’s surface-level assertions that he’s OK, cheerful, and just a naturally upbeat individual. This reveals the film’s lack of interest in Charlie’s inner emotional life.

Aronofsky and his crew are more concerned with their own intelligence. Some of the insults hurled in Charlie’s flat are actually rather amusing. The entirety of the story takes place within the boundaries of Charlie’s apartment and front porch, revealing the film’s theatrical roots. Chau gives a special prickly warmth to her portrayal as Liz, a buddy whose love language is playful insults and whose life mission is to be a staunch protector. Obviously, Liz is also suffering; everyone is present. However, although everyone is suffering, Charlie must endure the most pain.

It is the responsibility of the victim to love and forgive their abusers, according to The Whale’s moral as a fable. The film believes it is saying, “You do not comprehend; he is obese because he is suffering.” However, it concludes, “You do not comprehend; we must be nasty to overweight people because we are suffering.” Putting aside Aronofsky and Hunter’s biblical metaphor, obese individuals did not volunteer to act as repositories of society’s hatred and scorn.

No one consents to be bullied so that the bully can feel better about themselves; this is a self-serving falsehood perpetrated by bullies. This is a martyrdom imposed from without, which defeats the purpose of the practice.

In The Whale, Aronofsky presents his sadism as an intellectual experiment, daring audiences to discover the compassion concealed beneath Charlie’s heavy layers of fat.

That is not as generous a premise as he appears to believe. It is based on the belief that a man weighing 600 pounds is fundamentally unlovable. In keeping with the strong strain of self-satisfied Christianity that the film professes to criticize, this is akin to approaching a stranger on the street and stating, “You’re an abomination, but I still love you.” 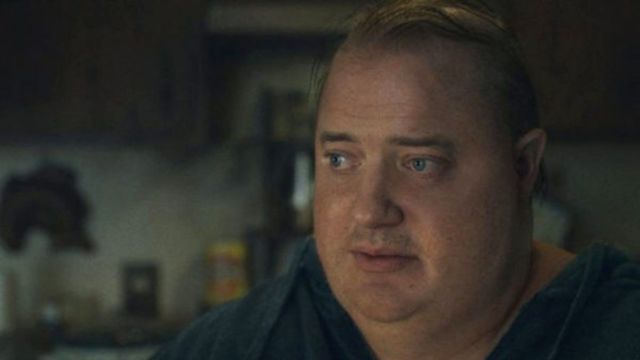 Audience members can take pride in the fact that they shed a few tears for this repulsive whale, despite having no new understanding of what it is like to be that whale. That is not compassion. This is compassion buried beneath a thick, suffocating covering of contempt.

How Does the Movie the Whale End?

The film adaptation of “The Whale” concludes with an exhalation, a bright light, and a beach. The last image depicts the sun shining, the tide rising and falling, and a younger, thinner version of the protagonist, Charlie, gazing out into the ocean while his daughter plays in the sand behind him.

Is Whale an Enjoyable Film?

The Whale is as good a film as anything he has ever made, but it is also one of his most heartbreaking and difficult productions. As Charlie, Brendan Fraser lives up to the anticipation around his return, giving a beautiful performance. His failures as a parent torment him despite his acceptance of his situation. The film does an excellent job of portraying Charlie’s story with few embellishments, and it is firmly oriented on its primary character. It is an incredible film.