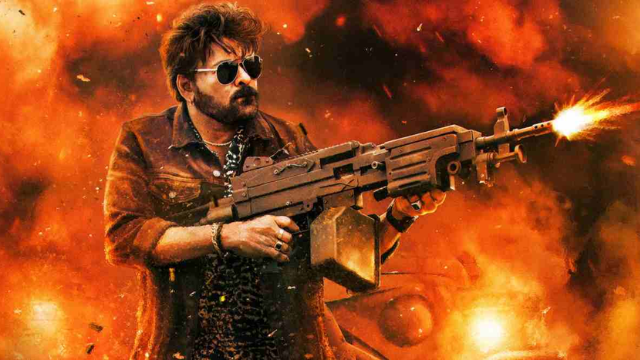 A police inspector (Rajendra Prasad) approaches Waltair Veerayya (Chiranjeevi), a fisherman and community leader, and requests his assistance in extraditing Solomon Caesar (Bobby Simha) from Malaysia to India. Waltair Veerayya, a purported expert in such endeavours, has volunteered to execute the work for Rs 25 lakhs. Michael Solomon (Prakash Raj) and his younger brother Solomon Caser run a drug dealing enterprise in Malaysia.

When Veerayya (Shruti Haasan) develops affection for the hotel manager (Shruti Haasan), she is startled to discover that she is an undercover cop who intends to exploit her in their operation. The police are unaware, however, that Veerayya agreed to bring Solomon to India for reasons other than financial gain.

Director Bobby has assured Chiranjeevi’s fans that they will once again witness “classic Chiranjeevi” moments. In addition to directing and writing “Waltair Veerayya,” he asserted that those moments would cause people to lose their heads (get “poonakalu”) Chakravarthy and Kona Venkat wrote the screenplay.

As soon as the megastar enters the frame wearing his distinctive lungi and beedi, we are reminded of sequences from Chiranjeevi’s 1990s blockbusters. Following the introduction of the hero, we are treated to Chiranjeevi’s humorous antics and an assortment of brightly colored attire. They elicit sentiments of nostalgia. However, Chiranjeevi’s attempts at a retro type of humor fall flat, as these techniques are now largely regarded as archaic.

Simply defined, the movie is about an older brother who goes to tremendous measures to ensure that his younger sibling receives the respect from the police force that he has always desired.

After the intermission, the picture really begins to heat up and these two characters have some interesting moments. It is simple to sense Chiranjeevi and Ravi Teja’s friendship.

The first part of the film centers on the humorous antics of Chiranjeevi, while the second half emphasizes the somber undertones. Nonetheless, the wording in both portions is banal and tedious. This plot required some revitalizing sequences. Overall, the film’s script is mediocre, but both halves contain intriguing segments (the intermission bang in the first half and Ravi Teja’s sequence in the second).

The megastar Chiranjeevi always gives his all. It is evident that he enjoyed performing this character. He seeks to maintain our interest by portraying his colorful character in his trademark manner. However, such humor at his age does not bode well.

Ravi Teja leaves an impression despite his brief appearance. In the last acts, he shines brightest. In contrast to her part in “Veera Simha Reddy,” Shruti Haasan is given more responsibilities and even a fight sequence. In this film, Prakash Raj plays a stereotypical antagonist. Bobby Simha is okay. Numerous well-known actors, but none of them are significant.

The film’s highlight is its soundtrack by Devi Sri Prasad. His melodies are also visually pleasing. “Nuvvu Sridevi Nenu Chiranjeevi,” is the greatest. Also outstanding is the song “Don’t Stop Dancing Poonakalu Loading.” Richness is provided through the film’s production values and Arthur C. Wilson’s camerawork.