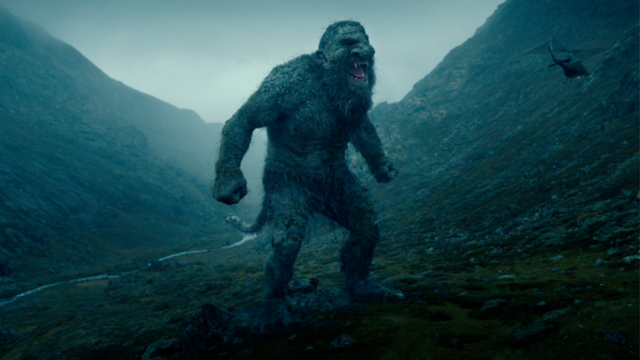 Troll is a fantastic film that was released at the worst time of the year. This is an all-around hot summer blockbuster that, in its most basic form, is a Scandinavian Kaiju film. Elements of King Kong, Godzilla, and Independence Day are combined to produce a straightforward, entertaining action film.

Trolls are strongly rooted in Norwegian folklore, a fact that this Netflix Original film exploits to the most extent possible. With traces of humor and a rapid-fire plot.

The plot follows a band of outcasts as they attempt to stop a horrific creature from wreaking havoc across the nation. Deep in the Dovre Mountains, an explosion shatters the surrounding area, releasing a monstrous beast that terrorizes the residents.

This creature, after destroying everything in its way, sets its sights on Oslo and marches there gradually. Paleobiology expert Nora Tidemann, Prime Minister’s advisor Andreas Isaksen, and army captain Kris must find a solution before it’s too late to prevent inevitable devastation.

Tobias, Nora’s father, is more knowledgeable about Trolls and local folklore than anyone else in these regions. However, Nora’s strained relationship with her psychotic father may prove to be a stumbling block. But can they reconcile their differences in order to handle Norway’s monster problem?

When the creature is shown approximately halfway through the film, most of the drama and intrigue vanish and are replaced by a straightforward action film. There’s nothing wrong with it, of course, and the film’s tone and presentation are very similar to those of the 1990s Godzilla films.

All of the characters are likable but superficial. Andreas has a straightforward but fulfilling arc, Nora and Tobias are the glue that holds the film together, and Captain Kris’s role as the gum-chewing military man injects the film with testosterone.

The issue with Troll stems from its dubious logic and rehashed plot. There are moments that have been taken directly from other monster films, some of which I have already mentioned.

The discovery of a big footprint is a reference to Godzilla; vibrations causing water to move are a reference to Jurassic Park; and a giant beast battling helicopters is a reference to King Kong. These sequences continue throughout the 90-minute runtime of the film, and you’ll find yourself marking off all the films it parodies.

This is the type of film where, if you think about it for even a second, the logic comes apart and you have a miserable time. The fact that no foreign governments are engaged is a major source of criticism, and the film’s lack of a satisfying conclusion for Kris is even more damning.

Despite everything, Troll is still an entertaining film. It is a large, popcorn-eating film that begs to be released during the height of summer. However, as it stands, this is still a winter wonder and an enjoyable way to waste an hour and a half.

visit our site editorials24.com to learn about a wide variety of shows that are airing now and will be in the future by checking our website regularly. In addition, our website features entertainment–related content, such as movie summaries and reviews.

Is Troll a Good Movie?

14 December 2022 | Rating: 8/10 | Detailed Review… Troll delivers precisely what you expect. Rich in spectacle and mythology, despite delivering nothing new. Troll is an entertaining excursion across the Norwegian countryside loaded with damage reminiscent of a Kaiju film.

Is the Troll Film Scary?

For the time being, it is sufficient to know that this latest Norwegian Netflix film is family-friendly. Fun for the younger parts of the family, but dark and scary (albeit perhaps not in a horror style) to keep the grownups engaged.

Why Did Trolls Become Canceled?

Three months after the test footage, in March 1998, Paramount announced that the production of Trolls had been terminated owing to writing issues. Mitchell, who was dissatisfied, stated on the film’s cancellation, “The plot just wasn’t working.