Treason Season 1 Review: It is Full of Betrayals, Extortion, and Murder With Relationship Twists 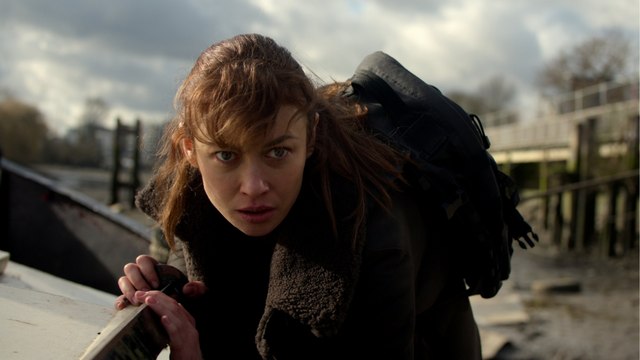 The high caliber of the creative team behind Netflix’s new spy drama, Treason, sparked anticipation before its debut. The combination of Charlie Cox, Ciaran Hinds, and Olga Kurylenko in front of the camera and “Bridge of Spies” director Matt Charman behind it seems alluring. A few of episodes into the five-part series, all optimism has been shattered.

If you were anticipating a taut, sophisticated, and clever spy caper, you will be disappointed. Instead, you receive “Treason,” which is the appropriate title for this series. The words of a fan, are more or less realistic in their depiction.

The entire series takes place in London over the course of five days. Martin Angelis (Hinds), the former head of MI6, is poisoned, forcing Adam Lawrence (Cox) to become the new leader of the organization. Adam renews contacts with Kara (Kurylenko), a former SVR operative who has come to “collect her dues.”

Adam is in the crosshairs of a larger political scheme emerging to destabilize the political landscape of the country and must defend his family at all costs. Despite the involvement of not one but three intelligence services, the narrative fails to represent their explosive convergence.

Even the most elegant and well-built structures will be shaken by a poor foundation. This is the situation here. Charman, who also serves as the show’s writer, botches the most fundamental part of the program: the plot. Everything that occurs after the script has been written cannot be held responsible.

The bad writing reveals the lack of emotional weight and depth in Charman’s story’s intended themes. Moreover, the lack of plausibility is even more glaring. Even for an average observer, the progression from point A to point B and so on is rendered implausible by treason.

This requirement is the very minimum expected from such programs. Why would you watch them otherwise? Even the newly released Jack Ryan, a favorite of online trolls, features an intriguing spy plot with a few WTF moments. The number of these instances increases dramatically with Treason.

This unanticipated lack of quality in the writing leaves you unhappy with the final product. Charman attempts to create a captivating family drama in the form of espionage, including betrayals, confessions, and secrets.

The emotional content of the story is substantially determined by the family’s dynamic. Despite the fact that there should be apparent conflict in the household, it does not appear until episode 4.

Even when it occurs, Treason makes the effort quite minimal. As a viewer, you can only empathize with Adam, who receives no emotional support from his wife or children; not even Callum, who was initially shown as an intelligent individual with an interest in the spy business.

Some of the decisions made by the creative staff are really irritating. Associating with the CIA to inform on your husband, or fleeing school when you know the enemy is watching you.

Is emotional duress a sufficient explanation for such egregious errors? The only viable explanation is to dispel the mythological aura of intellect and superiority that is commonly attributed to Adam.

Adam must be a timid, weak, and incompetent guy who is unqualified for his job and unable to protect his family in order for these decisions to make sense.

The fact that he was only able to reach the top because to Kara lends validity to this assertion. However, Treason does not portray him in this light. It is excellent to separate the program and its characters in this way.

In some ways, this choice could be considered a subversion of the genre. But the discrepancy between what was and what could have been derailing the show’s momentum.

Treason concludes with a story that is devoid of substance and riddled with plot holes, making for an unenjoyable voyage.

On paper, Treason has all the elements of a premier spy series. But none of that promise is fulfilled by the lackluster execution and lousy storytelling, therefore we strongly advise you to avoid it.