Till Movie Review: Is Till the Movie Based on a True Story? 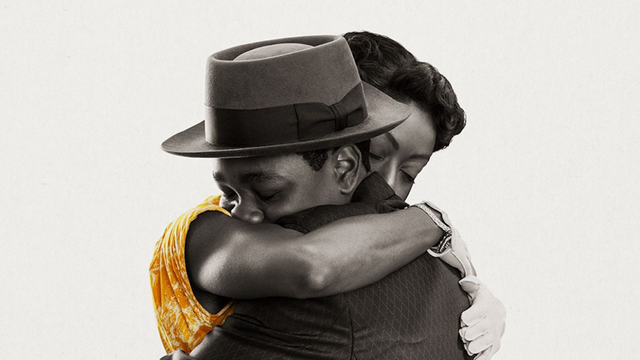 The heartbreaking story of Mamie Till-Mobley and her son, Emmett, serves as a reminder of the significance of never forgetting their names or what they stood for. Till accomplishes this with a tremendous deal of affection and regard for its protagonist and her legacy.

Emmett, age 14, is planning an adventure from Chicago, Illinois to Money, Mississippi with his relatives in the year 1955. Till is concerned about her son due to the rising threats of racism and bigotry.

After he whistles at a white woman, white nationalists murder Emmett, bringing her worst dreams to life. Adding insult to injury, no level of authority is able to bring justice to his bereaved family.

Till became a schoolteacher and an activist, refusing to yield to hatred. Chukwu narrates the narrative from the perspective of a mother who desires justice for the murderers. In addition, she wants that the nation hears the narrative of her son, which has the potential to inspire progress.

Till presents the spectator with the loving bond between a mother and her son. The screenplay by Michael Reilly, Keith Beauchamp, and Chukwu reveals that they dance, sing, and enjoy a very passionate friendship.

Emmett has a little stutter but recites marketing jingles and song lyrics to boost his confidence and enable him to talk fluently.

Till still views Emmett as a child, but Emmett’s drive for independence and self-discovery is developing. Therefore, a trip to Mississippi to discover his ancestry seemed like a great plan.

Till lovingly raised Emmett and taught him self-confidence. She also considers it vital to instruct him on how to behave in a place like Mississippi. The mother encounters racism in Chicago but is aware that the South has stricter regulations.

She and he discuss how to behave around white people and how to act modestly so as not to attract unwanted attention. However, Emmett is a larger-than-life child who can not comprehend what his mother is saying.

The murderers employ violence and hatred to show their sense of supposed superiority. Till is unable to mourn the death of her only child because she is immediately thrust into a pursuit of justice and development.

She is told, “There is no testimony like a mother’s,” but she is on trial even more than the brutal killers. This single mother represents the promise of genuine change for the Black community, but it comes with horrific risks.

Till is elevated by Chukwu’s brilliant directorial choices. She adds vitality to the opening act of the story, which displays the unconditional love between a mother and son.

Cinematographer Bobby Bukowski brings these moments to life by enhancing the hues in the costume design by Marci Rodgers.

However, there is a dramatic contrast between this and Chukwu’s dark periods, which emphasize horror and sorrow. The score by Abel Korzeniowski supports these horrifying situations.

The performances are outstanding throughout the board, but Deadwyler is mesmerizing as a mother eager to do everything for her child’s memory. With justification, Chukwu highlights the actor’s eyes.

The intensity of Deadwyler’s physical performance is always perceived through her eyes. This is one of the best performances of the year and is guaranteed to make you choke up.

It is not an easy film to see, as it should not be. Till revealed to the world what true hatred looks like, which Chukwu used in her own feature film.

However, she also demonstrates the power of unconditional love and community with a remarkable performance from Deadwyler in the starring role. Till is a faithful historical drama that adheres to some of its genre’s cliches, but the film’s raw and gritty moments elevate it above the competition.