Thunivu Movie Review: Ajith Stars in a Solid Film About a Heist That is Weighted Down by Clichés 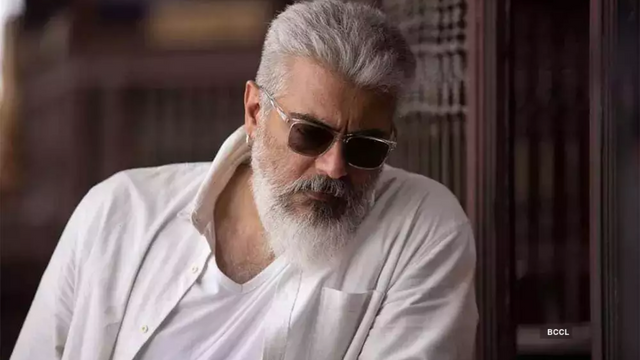 Creating a film for superstars like Vijay and Ajith must feel like walking a tightrope barefoot, right? In Thunivu, his third collaboration with Ajith Kumar, H Vinoth manages to walk this fine line with a tight narrative that employs just two notes — one that allows Ajith to do what he does best, and the other that tells a taut story about corruption in the director’s signature style — and it mostly succeeds.

Thunivu is an Ajith Kumar one-man show; he arrives with a bang, shakes his leg frequently, sends thugs flying, and moonwalks through this film that doesn’t ask too much of him. In addition, he moonwalks in one scene.

Ajith portrays a private mercenary simply referred to as Dark Devil. When Radha (Veera) and his gang seize control of a private bank in Chennai, Dark Devil, Kanmani (Manju Warrier), and their gang double-cross them and make a deal with them.

The Police Commissioner (Samuthirakani) assumes control of the situation outside the bank. Beginning of a bank robbery story with various twists, disappointments, lots of gunfire, heroic achievements, and redemptions.

This, of course, means that, as in the majority of commercial star vehicles, the hero receives a storyline armor at the very beginning, and it is essential to explain yourself to a man you are about to kill.

At least for the most part, Vinoth’s screenplay is racy and taut, so it’s easy to overlook these flaws. He withholds information and sprinkles in enough surprises to maintain your interest. After the intermission block, Thunivu’s problems become apparent; first, Vinoth’s use of masala cinema’s famous intermission segment is new, but what follows does not do it credit.

The mystery behind Ajith’s gang and their motivation is the sole genuine trump card, and the screenplay begins to reveal this information as it should. We realize they are a highly-skilled, for-hire mercenary group with a remarkable success rate. However, the gang’s past makes no effect, and there are numerous unsolved concerns.

There is no ambiguity, but the information provided is unclear and the situations lack consistency. For example, we are suddenly supposed to support two gang members because their boss describes the gang as “his family.”

It was inevitable that fans would draw comparisons to Ajith’s 2011 film Mankatha, given that this film also has a threatening Ajith at the head of a bank heist, as well as double-crosses and… ‘Money, Money, Money.’ The concern is that Ajith’s character would suddenly become a virtuous figure, transforming the film into a sermon.

But in Thunivu, Ajith is more of an instigating anti-hero with few redeeming characteristics than Robin Hood. His morality is twisted; he murders innocent police officers and thinks only about the bigger picture he is seeking.

Vinoth seeks to demonstrate that practically everyone in Thunivu is self-serving in some form by revealing that the majority of its inhabitants have grey colors. It is one thing to simply assert that banks take advantage of people’s need for money; it is quite another to demonstrate, through the hierarchy of a private bank, how corrupt and real this may become.

In telling this, Vinoth also ensures that the film does not become preachy. In fact, it’s a plus that dialogues seldom explicitly address the audience. Every time Thunivu makes a point on the daily horrors of banks and how the system manipulates ordinary people, the applause grows louder, which says a great deal.

It’s also rather intriguing how he positions the media in this game, while also remarking on their selfish purpose. This is a film starring a superstar that addresses difficulties that the average person confronts daily.

A second flashback is introduced that likewise contributes to the story’s depth. Intriguingly, Vinoth asks us, the filmgoers, in a self-aware dialogue about our dislike of actors who tell a karuthu that reduces them to mere entertainers.

But the answer is straightforward and resides within Thunivu itself; it succeeds when executed with originality, as was the case with the majority of his prior films. Regarding this, Vinoth deserves praise for including a passage that refutes the stigma connected to migrant workers.

While it is true that Ajith carries the picture with his charisma and cryptic line delivery, he confronts no actual threat in Thunivu, and the villain even requests the hero not to murder him (!). And because he occupies all of the screen time, no other character leaves a lasting impression.

Manju Warrier’s Kanmani suffers the same fate as Huma Qureshi’s character in Valimai; she does play a crucial role in the robbery, but was an actor of Manju’s caliber necessary for this role of a sidekick?

The poorest element of Thunivu is the third act. Putting aside the lack of originality, it even undoes what had been established in the beginning. Even a satisfying all-out massacre could have left a finer taste in the mouth.

What’s more, despite all the commotion and gunfire, there is not a single memorable action sequence, which is what audiences are likely to anticipate from Vinoth. Thunivu is not the director’s best film, but that does not make it a terrible film.