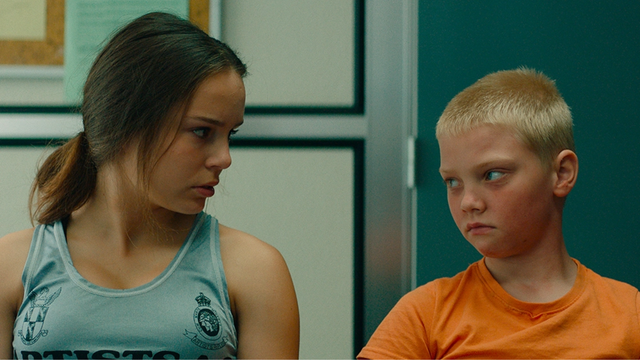 “The Worst Ones” cleverly applies the filmmakers’ shared background in casting to its somewhat inside-baseball premise: a film-within-a-film that wittily traces the chaotic pre-production and production trials of an independent feature shot on location in the working-class coastal town of Boulogne-sur-Mer in northern France.

These casting credentials contribute to the credibility of Akoka and Gueret’s industry-focused argument, but they also highlight the film’s expert use of non-professional actors: an irresistible quartet of young discoveries whose sharp, literally lived-in performances make the strongest case for the defense.

Not that “The Worst Ones” is constructed strictly in terms of rhetoric. The film’s depiction of the manufactured “grittiness” pursued by many filmmakers in the country’s tradition of banlieue cinema hints at harsh satire, but a pervasive sense of affection, not limited to the children at the film’s center, mitigates its ethical inquiry.

Akoka and Gueret first explored these concepts in their 2016 César-nominated short “Chasse Royale”; its expansion required years of casting and workshopping in working-class northern France, making “The Worst Ones” a sort of mirror of its own development.

The film’s fictional counterpart is the unpromisingly titled “Pissing in the North Wind,” a belated debut film for middle-aged Flemish artist Gabriel (an amusing Johan Heldenbergh) that resembles a smug parody of the social realism perfected by his compatriots the Dardenne brothers.

A character study of a pregnant teen and her peers, it is script-light and heavily dependent on the contributions of its amateur actors.

The title of “The Worst Ones” refers to the locals’ bewilderment at the casting process when the production rolls into their suburban housing project: They could have chosen anyone, so why did they choose those children?

Their failure to recognize Lily (Mallory Manecque), Ryan (Timéo Mahault), Jessy (Loc Pech), and Maylis (Melina Vandekerckhovescrappy )’s talent is regrettable. Given the difficult task of portraying their characters both in actor mode and as “themselves” when the cameras are off, they are a remarkable group, seemingly cast to personality type but with their own savvy performance instincts.

The issues arise when Gabriel either does not trust his instincts sufficiently or relies too heavily on their naiveté.

Discomforting scenes of him coaxing the naturally short-fused pre-teen Ryan to lose his temper for a fight scene or inappropriately coaching a love scene between Lily and Jessy — with no intimacy coordinator on set — make viewers question how much insensitive engineering goes into the “natural” performances we admire on screen.

One assumes that Akoka and Gueret treat their vulnerable non-professional actors with considerably more delicacy and care, but “The Worst Ones,” with its dark humor and occasionally confrontational candor, still allows us to question the industry norms with which it is complicit.

To what extent the actors portray themselves is entirely up to them. Undoubtedly, Gabriel’s screenplay appears to be based on bleak classist stereotypes to which they may not fully relate. Moreover, these cynical locals express their displeasure at Gabriel and other outsiders for portraying their lives in an unfavorable way for artistic purposes.

Not everything in Boulogne-sur-Mer consists of teen pregnancies and social degradation; would it kill the filmmakers to search out the community’s points of pride? “The Worst Ones” is conscientious and self-deprecating, but it doesn’t completely free itself of similar charges. However, it does locate artistry and honor in places where others tend not to look.