The Son Movie Review: The Son Finds a Damaged Family is Striving to Put Its Life Back Together 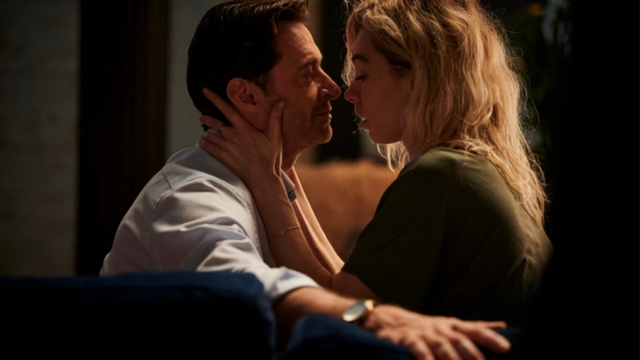 The Father, Florian Zeller’s upcoming drama, is a devastating tidal wave that devours everything in its path.

The Son is a sequel and companion piece, but it is inferior to the original. The film’s central idea grapples with its unquestionably difficult subject matter in a variety of ways, but its emotional climax is anchored to a deceitful, insincere core.

Peter (Hugh Jackman) is a hardworking professional with a demanding career and the opportunity for new chances for which he has worked diligently over the years. He balances these responsibilities with his personal life with Beth (Vanessa Kirby), his new partner, and their newborn child.

However, their perfectly orderly lives are thrown into disarray when Peter’s ex-wife Kate (Laura Dern) asks him to assist with their increasingly problematic teenage son Nicholas (Zen McGrath).

The teenager and Kate struggle with their attempts to connect, but they finally fail. Nicholas moves in with Peter and Beth as a result, but his problems continue to simmer beneath a thin veneer of normalcy. As he focuses on the disintegration of his family, the young man’s entire life is overshadowed by his past traumas.

The screenplay for The Son, which is based on Zeller’s play of the same name, is co-written by Zeller and Christopher Hampton, who weave many complex character interactions throughout the film.

Nicholas’ despair is the impetus for him to address his anguish with Peter, Beth, and Kate, but no one is able to effectively convey their emotions. Zeller and Hampton gradually tease out the history of these connections, eventually elucidating how and why they’ve arrived at their current positions.

Nicholas’ sadness reveals with shocking clarity the unwillingness of grownups to voice their own insecurities and concerns. Due to his mental disorder, he is absolutely unable of communicating or comprehending his own feelings and desires for connection.

It is definitely aggravating that the behavior continues to escalate. Nicholas continues to be a frequent topic of conversation, but the adults’ lack of control over the environment around them is no less significant in this context.

Rather, they are reflected in Peter’s treatment of Nicholas, sustaining a seemingly endless cycle of neglect and injury. The premise is that running away from one’s troubles merely exacerbates one’s biggest fears and insecurities, causing a chain reaction of disastrous proportions.

In The Father, Zeller incorporated a visually bewildering experience that complemented his narrative in a fantastic way.

In the meantime, he photographs The Son with a much simpler lens. The story is told from Peter’s point of view, opting for a father’s naïve perspective over Nicholas’, and is about a man torn between the horrors of being a son and a parent. The direction frequently resembles a stage play, not fully utilizing the film medium to convey the story in a unique manner.

In spite of this, Zeller nonetheless elicits great performances from the majority of the cast. Jackman delves deep, succeeding largely in the film’s quiet moments of sadness. Some of his major scenes have overacting, which lacks the sincerity of the more introspective ones.

Meanwhile, Dern is totally compassionate, raising Kate from the written page to the film’s most compelling character. Similarly, Kirby is superb as Beth, revealing a world beyond the initial familial triad with her layered performance. McGrath collaborates with a less likable character in Nicholas, but Nicholas is the notable weak link among powerhouses.

The Son has a fascinating message to make about the connection between love and despair, but it fizzles into a tiresomely dishonest affair. The ladies in Peter and Nicholas’ life, as well as Peter’s father, are the film’s most captivating puzzle pieces, yet Zeller relegates them to a secondary position. What’s left is a melodramatic story that we’ve seen before.