The School for Good and Evil Ending Explained: Do Hort and Sophie End Up Together? 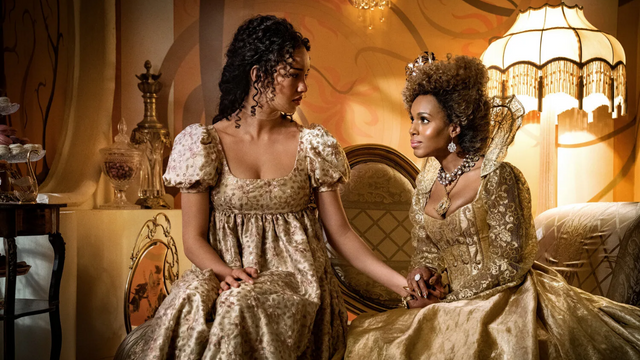 Paul Feig’s fantasy adventure film The School for Good and Evil, based on Soman Chainani’s young adult novel series, explores the murky areas of fairy tale morality through two girls who have been whisked away to the titular Schools for Good and Evil (SGE for short).

Sophie (Sophia Anne Caruso), who has always viewed herself as an underappreciated Cinderella in the town of Gavaldon, yearns to be the type of princess she has always heard about in fairy tales. Agatha (Sophie Wylie), the so-called local witch, wants nothing more than for Sophie to be happy.

Synopsis of the School for Good and Evil’s Plot

The School for Good and Evil tells the tale of two young girls, Sophie and Agatha, who are transferred from their medieval village to the school’s fantastical realm. Sophie lands in the gothic, fog-covered School for Evil, whilst Agatha lands in a literal bed of roses at the School for Good.

Sophie, who has always desired to be a princess, is outraged and claims that everything is a mistake. The School Master, Rhian, informs her that she must locate the kiss of real love to show her best. Agatha, however, is more concerned with bringing them both back home.

While attempting to correct these wrongs, the girls must contend with odd lessons and the presence of the enigmatic and wicked Rafal.

Rafal and Rhian were two brothers who attended the School for Good and Evil for the first time. However, as time passed, Rafal became bored and greedy. He attacked Rhian and attempted to kill him, but he ultimately fell to his death. Somehow, his soul still seems to inhabit the school.

Sophie, unable to enter the School of Good, quickly begins to feel at home in the School for Evil, encouraged by Rafal and his promises. Does Agatha succeed in preventing her best buddy from embracing the evil side? Continue reading to discover how The School for Good and Evil concludes.

The School for Good and Evil Ending Explained

Just before the climactic struggle that looks to end Sophie’s life, Agatha asks, “Do you know why the good always triumphs? Because we fight for and care about one another. This is what true love entails. Evil just fights for itself, which is the furthest thing on Earth from love.”

This “good love” is the reason why Aggie declines Sophie’s offer to return to their school, Gavaldon, to care for Aggie’s mother so she can stay with Tedros. Tedros’s arrow “pierced the vortex between their universes, and it became evident that this was merely the beginning,” as Cate Blanchett’s narrator states. So what might Aggie and Sophie anticipate next? We’re pleased you asked.

The School for Good and Evil is the first of six volumes written by Chainani, so there is much more to come for these characters. And if the title of Book 2 tells us anything, the importance of friendship only grows.

A World Without Princes was published barely two years after Chainani’s debut novel, and it appears the author fulfilled his wish when he stated, “I wanted to keep onto this notion of ‘Who needs princes when two friends have each other?

Chainani stated that he created this series to challenge the notion that the world can be neatly divided between good and evil. Therefore, viewers should not assume that all is peace, love, and happiness simply because the two schools have merged.

Unfortunately, the reshuffling of the world order has created an altogether new array of ways in which people might align with — and oppose — one another, geometrically increasing the likelihood of conflict and the complexity of the causes of war.

Tedros states at the conclusion of The School for Good and Evil that he wants Aggie to return to help him sort everything out because, unlike Sophie, whose goals faltered, Aggie remains committed to her mission to accomplish good. “The heart and sensitivity of Agatha are the emotional core of her journey, and they steer [The School for Good and Evil],” explains Chainani.