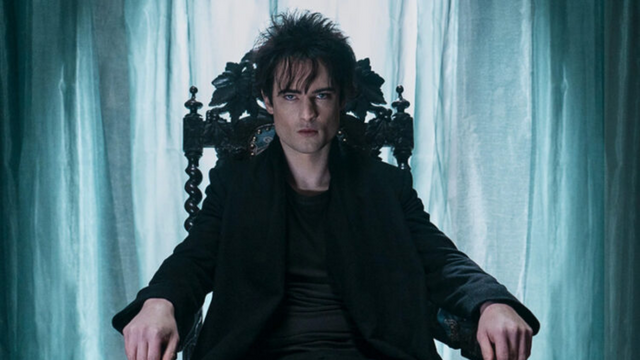 It’s hardly unexpected that trust in Netflix has been diminishing recently, considering the inconsistent quality of the streaming service’s content and its recent impulsiveness in canceling shows.

However, when something like The Sandman appears, you’re reminded of the platform’s importance, as no other entertainment outlet would have (or could have) invested so much in such a risky endeavor.

A live-action version of Neil Gaiman’s groundbreaking comic book has languished in development hell for decades, with many proclaiming the source material unadaptable. Readers, they’ve only gone and completed the action.

The premiere episode of The Sandman is one of the best hours of television we’ve seen this year. It tells the century-spanning tale of how occult practitioners lock Dream (Tom Sturridge), one of the numerous Endless creatures, in the mortal world.

They were actually pursuing his older sibling, Death (Kirby Howell-Baptiste), but cult leader Sir Roderick Burgess (Charles Dance) soon learns that the power of any personified concept has its advantages. The captivity, however, has severe repercussions for the human world and beyond, so once Dream regains his release, the order must be restored.

It was prudent for the creative team to conduct a thorough search that included hundreds of auditions to find the ideal candidate for the titular part, without which nothing would have been possible (notably, Gaiman claims the true number to be more than a thousand).

Theatrical actor Tom Sturridge is a brilliant pick, providing the necessary gravitas to the part. Not only does he appear to have stepped out of a comic book, but his voice has an authoritative tone that lends credence to every threat and compels attention even in quiet settings.

Boyd Holbrook (Narcos) is in fine form as The Corinthian, an unleashed nightmare that wreaks havoc on the human realm as a serial murderer with a particularly heinous method of operation.

Holbrook’s portrayal of him as a suave, charming type who leaves everyone with butterflies in their stomachs makes him the type of villain you’ll love to despise (not literally, I should clarify).

Sadly, the character’s appearance from the comics — which I won’t reveal for those who haven’t read them — is one of the few visual effects in this program that doesn’t look particularly believable.

David Thewlis as John Dee, a psychopathic figure associated with one of the darkest episodes of the entire Sandman comic book series, is at the opposite end of the charm spectrum.

Within the confines of a 24-hour cafe, he unleashes the destructive power of a magical artifact onto unsuspecting patrons, with deadly results. David Buckley’s claustrophobic score heightens the story’s persistent tension, as it does in the source material.

MUST READ: Saint-Omer Movie Review: It Brings the Crimes of Medea Into the Modern Courtroom

While not a great translation, Gaiman and Allan Heinberg’s decision to introduce such a bleak story in the middle of their first season with little forewarning is impressively audacious.

The following episode, which introduces Howell-Baptiste as Death and is actually touching, should be able to easily win back any viewers it may have alienated. The beauty of The Sandman resides in this aspect.

The narrative is brimming with intriguing concepts, allowing each episode to have a unique hook and nearly serve as a stand-alone story. This also excludes the series from Netflix’s typical pacing concerns, as any lulls in the narrative are immediately remedied by a sly surprise.

What becomes more difficult to shake is a language that devolves into stilted nonsense at points, evidently intended to forcefully position characters where they need to be or unload the substantial exposition required to navigate this environment.

Patton Oswalt is burdened with most of this in his voice role as Dream’s new raven friend, Matthew, whose sole function is to blurt out whatever queries viewers could have. It doesn’t help that Oswalt is horribly miscast since his aggressive and clearly recognizable tone feels entirely out of place in the show’s usually subdued universe.

In fact, the most startling casting choices in The Sandman are the most underwhelming. The only thing worse than Jenna Coleman’s questionable cockney accent is her cliched tale as the modern sorceress Johanna Constantine. She performs marginally better than the 18th-century version of the character.

Gwendoline Christie is disappointingly bland as Lucifer Morningstar, proving to be less threatening and less entertaining than even the Tom Ellis version, which I was not a fan of.

The Sandman’s vast ensemble cast is a success in general, and its variety is a triumph. All too frequently, we see token representation that feels like a cynical box-checking exercise, but it’s fairly clear that careful attention was paid to who would be the best fit for these famous roles.

From relative unknowns Vivienne Acheampong and Vanesu Samunyai (aka Kyo Ra) as Dream’s librarian Lucienne and mortal Rose Walker, respectively, to Mason Alexander Park and the previously mentioned Howell-Baptiste as the eternal sibling’s Desire and Death.

Obviously, casting is only one component of bringing The Sandman to life; credit must also be given to the visual effects and production design teams, whose persistent work enables these actors to perform at their absolute best. Practical effects are a breath of fresh air in an era where so many programs rely on blue screens or the newly developed digital wall technology.

The eerie caves of Hell, the opulent library of the Dreaming, and the employment of real ravens on the set all contribute to the show’s heightened realism.

However, this does not detract from the amazing CGI, which is worlds ahead of what we’ve seen in recent films and complements the physical locales beautifully.

I’m relieved to inform you that Gaiman has kept his pledge to prevent any terrible versions of The Sandman from being produced. From frantic diners to “cereal” gatherings, the first season of this Netflix adaptation is incredibly accurate to the source material, bringing the world of the acclaimed comic book to life with the proper visual flare.

Numerous flaws, of which there are many, are readily overlooked given how well the program performs overall. Overall, this long-awaited live-action adaptation of The Sandman is a vision that only Dream could have imagined. Who can tell? Possibly he did.