The Quiet Girl Movie Review: What is the Story Behind a Quiet Place? 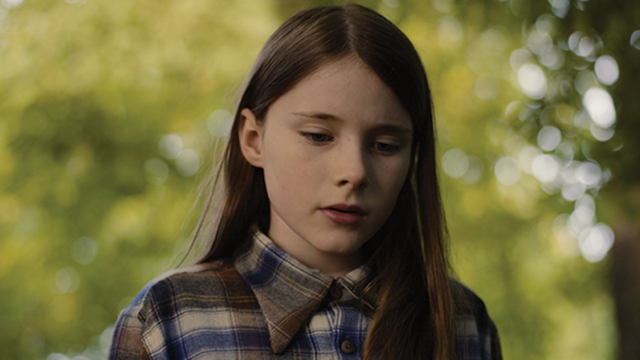 The Quiet Girl is the type of coming-of-age film that subtly overwhelms you with emotion. Colm Bairéad, the film’s writer and director, interweaves a magnificently beautiful story with Catherine Clinch’s brilliantly nuanced performance to create a film that is both moving and thought-provoking.

Audiences would be well-advised to bring a box of Kleenex for the inevitable outpouring of emotion, but those tears are earned by a story brimming with life.

The Quiet Girl takes place in rural Ireland in 1981. Cáit (Clinch) is a withdrawn, neglected girl who lives in a household that is expecting another kid.

When her troubled family decides to put her with foster parents for the summer, however, her entire world is thrown upside down. She initially represses her emotions, but she quickly begins to find optimism in her new residence.

Cáit is welcomed into the home of Eibhln (Carrie Crowley) and Seán Cinnsealach (Andrew Bennett), an older couple.

She blossoms under their care, although knowing that it is just temporary. Eibhlin explains that they live in a farmhouse without secrets, yet they are concealing a deep secret from the young girl.

In The Quiet Girl, Cáit lives a rather lonely life as an outsider in every available social setting. Her parents do not interact with her, and other students at her school believe her to be “strange.” Cáit’s relationship with her siblings is not much better, since they consistently exclude her from the family. Nonetheless, one summer away will alter everything.

The script by Bairéad explores the various forms and shapes that comprise a family. Cáit’s birth family is cold and aloof, creating a sharp contrast with her foster family’s warmth and intimacy.

This is essential to the film’s investigation of the true meaning of home, which goes well beyond its physical representation.

The Quiet Girl focuses on the unspoken for both its characters and its audience, producing a rich world in which its audience is profoundly integrated.

Cáit is not the only individual who needs time to acclimatize to their new living environment. Eibhlin and Seán respond differently to her arrival. Eibhlin greets her with wide arms, feeling tremendous compassion for the young girl and her predicament.

However, Seán exhibits a coldness toward her that is distinct from what she experienced with her biological father. As they find what it means to love anew, Cáit and her new foster parents have lessons to teach one another.

Bairéad’s feature film debut establishes him as a director and screenwriter to watch. The narrative is emotional, yet it never exploits trauma.

Bairéad respects Cáit and her temporary foster parents, as well as the audience members who had the opportunity to experience their narrative.

In addition, Kate McCullough’s opulent cinematography brings to the forefront the environment’s vibrant greens and Cáit’s more vibrant attire. She renders the protagonist’s environment as vast and intimidating, yet lovely with traces of melancholy.

Bairéad asks for a bit of patience in his tales, just as this young woman requires time to open up to others. However, it is extremely rewarding for those who persevere and give it the opportunity to seize them.

Clinch adds to the film’s appeal with a subdued, though outstanding and subtle performance that conveys a great deal with few words. She conveys entire monologues with a little glance.

The Quiet Girl is one of the best films of the year, and its embrace sequence is the most heartfelt and profoundly moving in recent memory.

Reasonably, Ireland designated the film as its International Feature Entry for the 2023 Academy Awards. It emits such compassion that you cannot help but fall under its spell. It is a must-see film that embraces you in a manner unlike any other.