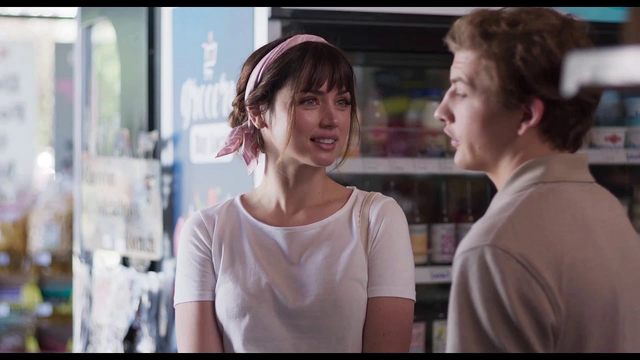 On February 19, 2020, The Night Clerk was made available on the OTT platform Netflix. The film is a crime drama with Tye Sheridan, Ana de Armas, Helen Hunt, and John Leguizamo in the starring roles. Michael Cristofer helms the production. The film follows the life of a hotel employee who becomes the focus of a murder investigation.

Spoilers for The Night Clerk

Bart is the protagonist who is portrayed by Tye Sheridan. As a night clerk, he is employed by a hotel. Asperger’s makes social interaction and nonverbal communication challenging for Bart. Because of this, he has difficulty communicating with others.

He analyses individuals in order to comprehend and master social interaction. Bart has installed surveillance equipment in a hotel room. He observes the guests and then attempts to mimic their behavior in an effort to learn from them.

When Karen checks into the same room, the situation becomes problematic. Bart observes that Karen is being beaten by a violent man. Bart observes through the cameras as a gun falls out of the struggle between Karen and the man. In order to save her, he dashes into the room.

As soon as the rifle is fired, he reaches. A coworker enters the scene solely to witness Bart with Karen’s dead body. He also realized that his surveillance cameras might appear highly suspicious to any homicide detective. In his rush, he misses one while attempting to tidy it up.

Bart then relocates to a new hotel. He meets Andrea, portrayed by Ana de Armas, there. Ana uses flirtation to secure a free room. Additionally, Bart installs a camera in her room, and they share an embarrassing kiss.

The film’s conclusion begins with Bart observing Andrea with the killer of Karen. Through the webcam, he observes them sleeping together and identifies the shooter.

The murderer begins beating Andrea as well, causing Bart to fear for her life and run to her aid. He discloses the camera to Andrea and demonstrates Karen’s footage. Andrea and Bart sleep together afterward.

The next morning, when Bart awakens, Andrea is gone. She has also removed the recording of Nick’s murder of Karen. Andrea understood all about it. He then shoots his monitor in the basement after re-watching the tapes.

The police arrive at Bart’s residence in an attempt to apprehend him but find an empty room with a note to the detective and copies of the recordings.

In the final scene, Bart is seen in a shopping center attempting to strike up conversations with strangers. Andrea collaborated with the murderer the entire time and framed Bart for the crime. However, Bart is on the run to save his life.

What Takes Place Within the Night Clerk?

During his shift, a hotel employee becomes the leading suspect in the murder of a woman. As the police investigation nears its conclusion, he forms a personal relationship with a guest, but soon realizes that he must stop the murderer before she becomes the next victim.

Has the Night Clerk Been Diagnosed With Autism?

He has Asperger’s (a form of autism). He is aware that he is socially awkward. He tapes guests in their rooms in order to learn how to interact with others. He documents Karen Perretti’s (Jacque Gray) murder but does not inform the police. Obviously, the cops suspect him, but they cannot prove it.

Helen Hunt Played a Role in the Night Clerk

The Night Clerk is an upcoming American crime drama film written and directed by Michael Cristofer. The film will be released in 2020. The film features Tye Sheridan, Ana de Armas, John Leguizamo, and Helen Hunt as a hotel night clerk who becomes the focus of a murder investigation.

What Happens at Night Ending?

After Travis reveals to Will’s parents that he and Andrew may both be sick, Paul and Sarah brutally murder Will and his family in the film’s violent climax.