The Menu Ending Explained: How Does Margot Escape? 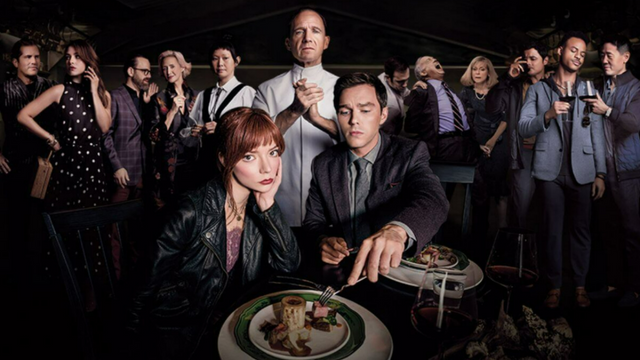 The Menu, a culinary thriller that came out in UK theatres less than two months ago, is now on Disney Plus. This means that people can watch Chef Julian Slowik (Ralph Fiennes) serve up his strange-tasting menu from the comfort of their own homes.

In the movie, Anya Taylor-Joy and Nicholas Hoult play Margot and Tyler, a couple who go to a fancy restaurant on an island run by a famous chef. As the expensive meal goes on, things take a number of unexpected and increasingly extreme turns.

In the last act of the movie, everything comes to a shocking end that will make you never look at a certain American snack food the same way again.

If you’ve seen the movie and are still trying to figure out what happened at the end, keep reading. Be careful, because from here on out, there are spoilers.

How Did Margot Getaway at the End of “the Menu”?

Before we talk about the dramatic ending, it would be best to quickly go over what happened up until that point. At the beginning of the movie, Margot and Tyler, along with a washed-up movie star, a snobby food critic, and a bunch of annoying tech bros, take a boat to Chef Slowik’s island to eat.

When they get there, the first twist happens almost right away. It turned out that Margot wasn’t on the guest list. Instead, she was Tyler’s last-minute replacement for his previous date, which means that the two barely know each other. Tyler is a dedicated foodie who worships at the altar of Slowik, but Margot is wary of his food from the start because she thinks it’s too fancy.

During the meal, the guests are served a series of strange dishes, like a breadless bread course, that are accompanied by a rather unsettling monologue from the chef. We also learn slowly about the diners’ secrets, like affairs and money laundering.

Things go from bad to worse when a sous chef shoots himself in front of the guests at the start of the fourth course. This sets off a series of increasingly sleazy shenanigans, and Slowik reveals that everyone in the room will be dead by the end of the night. He chose each of the diners himself because they each played a part in him losing interest in his work and taking advantage of it. 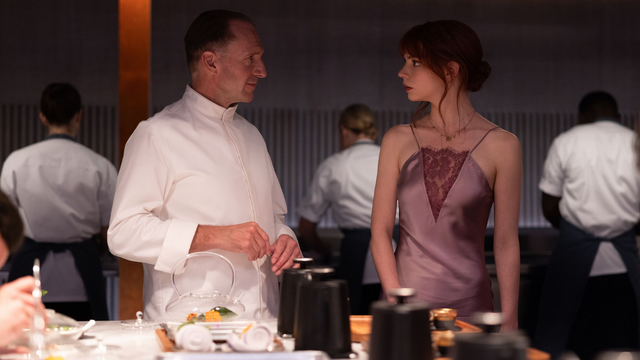 The only exception is Margot, whose presence had caught him off guard. In one scene, Slowik corners her in the bathroom, and she tells him that she is a sex worker named Erin who Tyler hired for the night to be his companion. Slowik and Margot seem to agree on some things, but he tells her that no one can be saved and that she, too, will die, but she can choose whether to die as a worker or a customer.

Things keep getting worse for the rest of the guests: one tries to escape but gets his finger cut off, the restaurant’s biggest investor drowns, and the male guests who are still alive are given a chance to run away but are easily caught and brought back to the restaurant.

READ MORE:– Shirley’s Ending Explained: What Happend at the End of the Story?

At this point, we find out another truth about Tyler: he knew that everyone at the dinner would die, but he still invited Margot. After he tells Slowik this, he humiliates him by making him cook and then harshly criticises his food. He then tells Tyler to hang himself, which Tyler does.

Slowik then asks Margot to get a barrel for the dessert course. When she does, she sneaks into his house and fights and kills the maitre d’, Elsa. She then calls the coastguard and finds out that Slowik used to work as a fast food chef.

When Margot brings the barrel back to the restaurant, a coastguard officer shows up. This gives Margot hope, but it turns out that he is also part of Slowik’s plan. Margot seems to be getting desperate because she starts to make fun of the food they are giving her and complains that she is still hungry.

Slowik asks her what she would like to eat instead, and when she says a cheeseburger and fries, he makes them for her and even lets her leave when she asks for the food to go. She walks out of the restaurant and gets on the coast guard boat while eating her delicious cheeseburger.

From the safety of the boat, she watches the dessert course, which turns out to be a deadly version of s’mores in which the guests are covered in marshmallows and chocolate and set on fire. The resulting fire kills everyone left in the restaurant.

READ MORE:– A Man of Action Ending Explained: Who is Tony Greco and Who Wants to Kill Lucio?

Some viewers may be wondering why Slowik suddenly let Margot get away, and the answer is pretty simple.

Margot was very smart to ask for a cheeseburger after she found out that the chef used to work in fast food. Slowik was reminded by making this dish for her of the simple pleasures that led him to become a chef in the first place. It was a far cry from the complicated dishes he’s been making lately, which have made him feel more and more disappointed.

Because of this, he liked Margot, and he didn’t want to put her in the same group as the pretentious foodies he was happy to kill, so he let her go without harm.