The Menu Ending Explained: What Happens at the End of the Story? 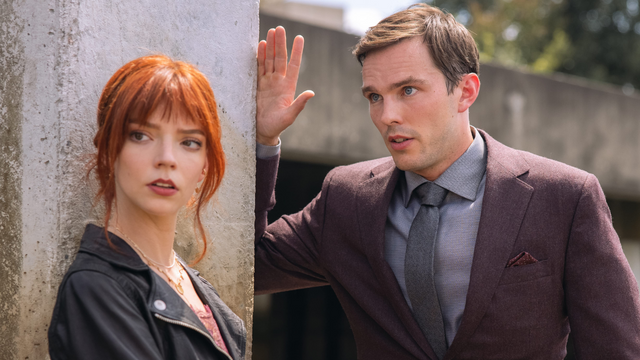 Moviegoers are finding the Menu to be an enticing experience. While a Yelp review of the restaurant featured in the film is unlikely to receive more than one star, What to Watch gave The Menu four stars, calling it “deliciously wonderful fun” and something “you’ll want to savor until the very end.”

This is due to the darkly humorous satire’s numerous plot twists that keep the audience interested. In case you were left wondering about certain narrative developments, we’re here to explain what transpired with The Menu’s conclusion.

Before we get to the conclusion, let’s review The Menu’s fundamentals. There will be huge spoilers discussed, so if you haven’t seen The Menu yet, there’s no better time than the present to do so.

The Menu follows a young couple, Margot (Anya Taylor-Joy) and Tyler (Nicholas Hoult), as well as a handful of guests, on their way to an expensive and private restaurant on a secluded island run by the talented but reclusive Chef Slowik (Ralph Fiennes). The chef has prepared an elegant multi-course meal for the visitors, but he is perplexed by the late addition of Margot.

While at first, everything appears normal (at least for a high-concept dining experience), with each meal Chef Slowik and his team become increasingly nasty to the diners. He then exposes the theme of the evening: each course illustrates how everyone in attendance has contributed to the destruction of Slowik’s passion for cooking and the culture of fine dining as a whole, up to a final course in which he will kill everyone.

The guests attempt to negotiate and reason with the chef, but he has his reasons for wanting them all dead — the food critic (Janet McTeer) whose work has shut down numerous restaurants, the regulars (Reed Birney and Judith Light) who come more for the status than the food, the finance bros whose company invested in the restaurant but do shady dealings (Rob Yang, Arturo Castro, and Mark St. Cyrus), and the movie star (John Leguizamo

Margot is the only individual who does not fit, and she must determine whose side she is on while figuring out how to escape the chef’s last course.

During the first two-thirds of the film, Chef Slowik explains the purpose of the food and each guest’s motive for being there, while the wretched diners do nothing to stop him. In the last act, however, we discover why Margot is among this group of ultra-elite individuals.

Tyler, a huge foodie and Slowik aficionado, had been in communication with the chef for eight months prior to his arrival; Slowik reveals he told Tyler his plan was to murder all the attendees.

Tyler had planned to bring his ex-girlfriend to the dinner, but she broke up with him (the reason is never mentioned, but she may not have liked the notion of being slain as part of a chef’s high-concept revenge meal). Instead, he hired Margot, who we learn is an escort, without informing her of the impending event. Margot’s distress is understandable.

Slowik then demonstrates his thesis to Tyler, a foodie who believes they know everything about food but cannot cook. The chef disparages Tyler’s food, which he compelled him to prepare, before whispering something into his ear, which ultimately leads to Tyler’s suicide.

Due to the fact that Margot was not intended to be a part of this, Slowik permits her to assist in some ways (though he does tell her she is still going to die with everyone else). Obtaining a barrel for the final course is included.

Margot utilizes this chance to sneak into Slowik’s residence on the island in an attempt to discover a means to escape. After having a knife battle with hostess Elsa (Hong Chau), a plot piece that appears rather out of place and unrelated to the story, Margot discovers some early images of Slowik, as well as a plaque recognizing him as an employee of the month at his first cooking job, a burger restaurant.

It is time for the final meal, but before Slowik can explain, Margot has an idea: she announces that she wishes to return her food. Slowik is astonished by this, although Margot claims she did not like the meal and is still hungry.

In this challenge, Slowik asks Margot what he can cook to fulfill her hunger, and Margot requests a simple cheeseburger. He agrees with a cheeky smile and prepares a classic cheeseburger. Margot takes a bite and exclaims,

“This is delicious, but my eyes are bigger than my stomach, so I’ll take it to go.” Slowik knows what she is doing, but Margot has, if only temporarily, reignited the chef’s enthusiasm for cooking simple, delicious food, so he decides to let her go.

The remaining guests, however, are not so fortunate. Instead, everyone, including the staff and visitors, partakes in the final course: s’mores. With marshmallow vests and chocolate slabs atop their heads, the restaurant is set on fire in order to cook them all. Margot, safely tucked away on a boat, observes from the water while finishing her cheeseburger.

The moral of the film appears to be that while we term it the “culinary art,” dining, whether a simple burger or a seven-course meal, should be enjoyed by everybody without regard to social class.