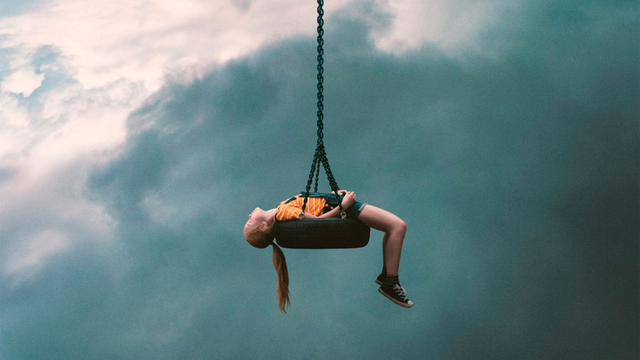 It is a sunny Nordic summer, and the majority of families in the vicinity are on holiday. Ida (Rakel Lenora Flttum), Anna (Alva Brynsmo Ramstad), and their parents are, nonetheless, newcomers to the neighborhood.

They meet Ben (Sam Ashraf) and Aisha (Mina Yasmin Bremseth Asheim), two other young inhabitants, but things are about to take a distressing turn for the worst.

The children learn that they possess mystifying mental abilities that enable them to move objects with their minds.

They decide to experiment with them when no one is watching. However, their abilities continue to develop throughout the summer. Not every child intends to utilize their new powers for good.

The Innocents evokes nostalgia for summers spent as a child. They are filled with awe and excitement, as well as moments of exasperating boredom.

Ida is especially irritated by her parents’ insistence that she spend time with her sister Anna, who has a developmental impairment. Ben and Aisha are the first new pals they encounter.

Ben and Aisha’s introduction by Vogt is similarly shrouded in mystery, as mental powers become an integral aspect of the plot. Each character has unique characteristics that distinguish them from other youngsters; some are physical, while others are mental.

Their capabilities continue to develop, but they are still youngsters whose settings heavily influence how their abilities affect their lives.

The Innocents is fundamentally a tale about sisterhood. Ida and Anna are actually subjected to hell, despite the fact that they cannot speak verbally.

The parents fail to recognize the innate connection between the children, which is strongest between the two sisters. Family is the film’s central topic, as it illustrates the defense of what is genuinely essential.

The Innocents comes with a trigger warning, as it contains a few instances of severe animal abuse. This finally results in the creation of one of the loathsome characters ever to appear on film.

This is somewhat due to the horrifying deeds of the character, but the rest is down to the actor. Flttum, Ramstad, Ashraf, and Asheim all perform admirably to increase the sense of anxiety in this horror film.

The first act of Vogt’s narrative is sluggish, but it develops into something incredibly eerie and powerful as it progresses. The children’s mental abilities are really a front for something much more terrible.

The Innocents is a horror film that explores the biggest concerns of adolescence with subtlety, yet its conflict between good and evil is overt.

The Innocents will haunt you long after the closing titles have rolled. The score by Pessi Levanto adds an uncanny layer of tension that remains through Vogt’s exceptional visual sensibility.

It’s not for everyone, but if you can get beyond the animal cruelty and small pacing flaws, it’s a gratifying experience. The Innocents is a film that is unmistakably frightening, sad, and moving.