The Crown Season 5 Review: Will the Crown Cover the Death of Diana? 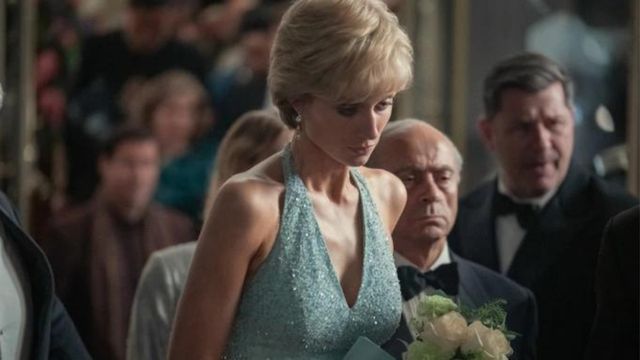 Peter Morgan created the massively successful Netflix historical drama The Crown, which is based on Stephen Frears’s well-known drama-infused historical film The Queen, which is based on actual events. It dramatizes Queen Elizabeth’s reign as well as how the dynamics around the monarchy and her family matters influence her decisions. The fifth season of the series, set in the 1990s, focuses on the conflict between Charles and Diana that ultimately led to their separation and divorce.

As a result of this marital discord, Windsor Castle is burned in flames, Queen Elizabeth must say goodbye to her favorite yacht Britannia, and her preferred Prime Minister is expelled from office by the people. The abundance of happenings throughout the season keeps viewers on the edge of their seats for the whole of each episode.

This season focuses on the tumultuous dynamics and tight relationships within the Royal household. There are extensive discussions and arguments around marriage and how its definition has evolved over time. The decline of the monarchy and Victorian values threatens the internal structure of the Royal family, which has a considerable impact on the Queen.

Queen Elizabeth’s reign marked the postmodern age and its profound alteration in attitudes, rules, politics, and cultural environments. The Royal Family took tremendous pride in their traditions and beliefs, and they were never too flexible. However, the younger generation struggled to relate to or even recognize its significance.

The Crown constantly plays with symbolism and provides much food for thought. It draws analogies, for instance, between Princess Diana, The Queen, and The Royal Yacht Britannia. With considerable pride, Her Majesty is seen inspecting the vessel. The boat is symbolic of exploration, dominance, and disaster. 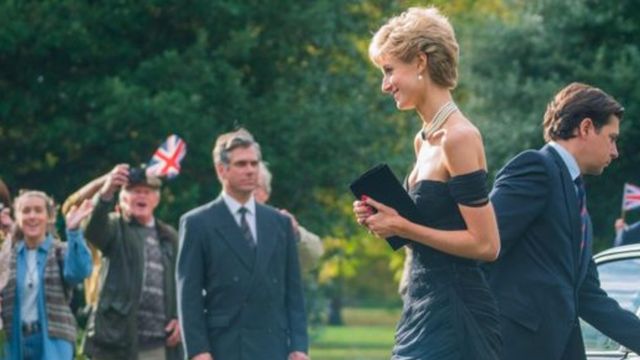 We are aware of both the beginning of the British Monarchy’s decline and its history of discovery. The sequences depicting the beginning of the decline of the British Monarchy utilize sophisticated symbolism. The fire at Windsor Castle is a moving symbol that illustrates another enormous tragedy, which is the dissolution and consequent disorder and ruin of the Royal Family marriages.

The similarities between Queen Mary, who had to make a difficult decision about how to protect the monarchy in 1917, and Queen Elizabeth, who has been defending the reputation of the monarchy since 1994, demonstrate how the spouses of both women have placed them in precarious positions where they must use their diplomatic skills to protect their good names.

This series does a good job of humanizing all members of the royal family, including the Queen, Princess Margaret, Prince Philip, and Princess Diana. This season concentrates on Diana’s cassettes, her struggles following an utterly catastrophic marriage, her eating problems, including bulimia, her suicide attempts, and her horrific past. The end of her marriage to Charles and the accompanying disarray are also discussed. Although the episodes are fairly interesting, they could have done a better job of portraying all sides of the dispute rather than focusing solely on Diana’s perspective.

Princess Diana’s disastrous BBC interview, in which she spoke out against the Crown and ruined the Royals’ reputation, was unquestionably the season’s most memorable episode. Despite extensive alterations, the primary sequence was scripted and delivered beautifully. This episode exemplified the type of content for which The Crown is recognized. This season does an excellent job of highlighting Diana’s misery, as well as Martin’s dishonesty and betrayal, despite the fact that Diana and Charles’ roles should have been given more depth and nuance.

In contrast to the Royal Family, which is led by the wonderfully austere Imelda Staunton as the Monarch, the Princess of Wales is presented with exceptional elegance and vigor in this season. Diana performs admirably in her job. In comparison to the genuine BBC interview, the actress’s portrayal of the late Princess Diana is superb, capturing every minute detail, expression, and passion. 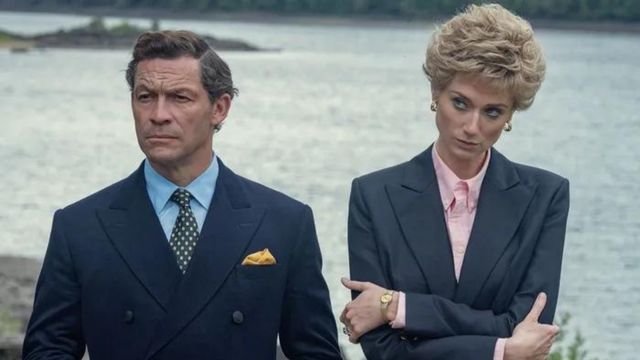 We cannot but empathize with Princess Margaret for the entirety of this series, and her unrecognized love for Peter Townsend and how that love continues through time is heartbreaking. Princess Margaret is without a doubt the most intriguing, self-assured, and sad character in the series, and she consistently delivers the wittiest remarks.

The portrayal of Princes William and Harry, as well as their connection with Diana, is somewhat lacking. The topic is only lightly touched upon and barely discussed. Hopefully, the upcoming season will do the characters and their mother’s connection justice.

The royal family has been in utter turmoil for the first half of this season. There are divorces everywhere, and Charles and Diana’s marriage is on the brink of dissolution as well. Symbolism is abundant in the plot, although some of the characters lack depth. This is made worse by the season’s conclusion, which ends on a dismal cliffhanger. Despite this, this season is still worthwhile to watch.

Will the Crown Return for a Sixth Season?

Netflix has not confirmed a release date, so check back for updates. Season 6 production began in September 2022 and is ongoing. Peter Morgan, the show’s creator, had originally planned for season 5 to be the final but has now made a U-turn.

Who Will Play Camilla in Season 5 of the Crown?

Olivia Williams portrays Camilla Parker Bowles in The Crown’s fifth season. During the National Service of Remembrance in November 2022, the actual Camilla is seen.

Will the Crown Cover the Death of Diana?

The Netflix drama will not depict the “precise moment of the crash impact” that resulted in Princess Diana’s fatal injuries, but there may be comparable bleak scenes in season six.