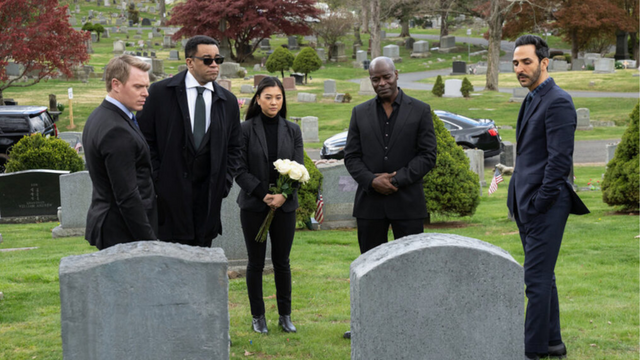 The task group is also committed to determining who and why she was murdered. However, whoever pulled the strings has done a good job of covering their traces, and it takes Reddington some time to discover the truth. But at what expense?

However, in doing so, they also insured that it would be the key to season 9. Keen was gunned down by a Townsend agent, but was he acting alone, or was someone else directing the narrative? This was the first idea of Season 9.

Devastated by the loss of Liz, whom Reddington had hoped would take over his criminal empire, he vanished for two years, leaving his attorney, Marvin Gerard, to handle proceedings in his absence.

Viewers may recall that Red’s choice to hand over his “company” to Liz was influenced by the fact that he was gravely ill and perhaps dying.

Two years later, he returns with restored vitality and no signs of life-threatening health problems, which he attributes to the care he receives from Mierce Xiu (Karina Arroyave), a spiritual healer and romantic interest. However, Red’s unwavering dedication to solving Liz’s murder does not bode well for their relationship or the task force’s efficiency.

Despite its ludicrous concept – the FBI’s most wanted criminal becoming an informant while continuing to conduct all of his nefarious deals – The Blacklist was not too bad in its first few seasons.

It is humorous that the principal law enforcement agency in the majority of procedural dramas always seeks outside aid (from writers, psychics, zombies, etc.). At least in this case, Raymond Reddington is a master crook and would be familiar with the inner workings of his peers.

In all these years, no one has caught a whiff of the fact that he betrayed a large number of individuals who are either in prison or dead.

As a result of the events of the season 9 finale, this will finally change. Even stranger was the fact that Dembe (Hisham Tawfiq), Reddington’s right-hand man for decades, became an FBI special agent during his former boss’s absence. Is it truly that straightforward to join the FBI?

The impunity with which Reddington continued to operate after agreeing to give the FBI with a list of dangerous criminals appeared acceptable due to James Spader’s performance. Unfortunately, that novelty began to wane a few years ago, when the showrunners prolonged the “Who is Reddington?” plotline indefinitely and have yet to provide devoted viewers with an adequate explanation.

Season 9 worsened the situation. Red is in no bodily pain, has regained control of his firm, and spends a full year (stretched across 22 episodes) pursuing the killer of Liz. The final reveal was, to say the least, underwhelming, and the “Could it be Mr. Kaplan?” angle appeared to be a desperate attempt by the writers.

It is time for this show to take a break before it truly goes to the dogs. Several members of the cast realized this long ago.

Spader, Henry Lennix (Deputy director Harold Cooper), Diego Klattenhof (Special agent Donald Ressler), and Tawfiq remain from the initial group to pick up the pieces. The Blacklist has been given a tenth-season order.

Despite my apprehensions, I suppose I shall return to witness Reddington take on his new opponents. People like myself are all the showrunners require.