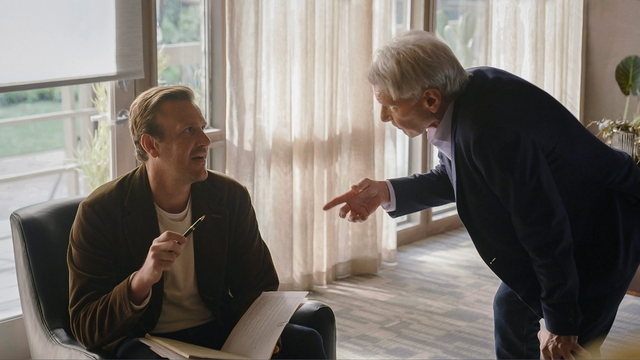 I’ve been to counselling, as have many others around the world. Since the sixth grade, I have been seeing the same therapist. When you have been seeing a therapist for an extended period of time, it is inevitable that you will begin to hear about their personal lives and who they are outside of the office.

There is a bond formed, and despite the fact that you are paying someone to listen to your insecurities and provide advise, there are times when you want to hear about them as well. Jason Segel comprehends this completely.

After starring in several Judd Apatow comedies, Segel became a household celebrity with the risqué romantic comedy Forgetting Sarah Marshall. Two hours of R-rated humour, sex, and nudity make for two hours of roaring laughter. Additionally, it is one of the greatest romantic comedies of the twenty-first century.

Segel has grasped how to tap into masculine fragility in a way that countless other storytellers have failed to do for decades, and there is something so genuine about the way he writes and portrays each of his characters. With The Muppets, Segel may have created one of the best live-action Disney films of the past 25 years.

Therefore, pairing him with two of the creative geniuses behind Ted Lasso, Bill Lawrence and Brett Goldstein, to create a show about therapy appears to be right up Segel’s alley, and might remind people why they fell in love with him in the first place.

The protagonist of the Apple TV+ series Shrinking is Jimmy Laird (Segel), a therapist who lost his wife a year before we first encounter him. His profound sorrow has affected his relationships with his 17-year-old daughter Alice (Lukita Maxwell), his perky but domineering next-door neighbour Liz (Christa Miller), his fellow therapists Gaby (Jessica Williams) and Paul (Harrison Ford), and even his patients.

Jimmy reaches his breaking point; he chooses to tell his patients exactly how he thinks, even if they don’t want to hear it, instead of simply nodding as they continue to make unhealthy decisions. This also causes Jimmy to build an odd bond with a new client, Sean (Luke Tennie), a 22-year-old combat veteran with severe PTSD whose relationship with his family has fallen apart.

In contrast to Ted Lasso, a show with lovely characters, Shrinking dares to be a bit more unsettling. In fact, when the series first begins, it is far more difficult to connect with its primary characters, and although in other shows this might be a negative, it is the entire premise of this one. Shrinking is all about Jimmy, his friends, and his family overcoming their own flaws and fears and attempting to make the best of what life has thrown them.

There may not be as many chuckles as in Ted Lasso, but it still seems human, albeit in an entirely different way. Shrinking is a series that never makes fun of its characters’ tragedies or flaws; it is not, by any definition, a mean-spirited show, but it is sincere. Mental health has not always been portrayed in the most accurate manner across the media landscape, and although becoming much more accepted in today’s society, there are still places that are two steps behind in depicting it accurately and meaningfully. Shrinking, to its benefit, looks like a huge stride forward.

The selling point of the new series is perhaps neither Segel nor the Ted Lasso team, but rather Hollywood veteran Ford, who has finally entered television with his roles in this and Taylor Sheridan’s 1923.

Ford’s portrayal of Paul, an aged therapist battling Parkinson’s disease, is one of his finest performances in recent years. In addition to the surly energy he has brought to so many other characters, Ford brings a great deal of vulnerability. As a result of his interactions with Williams and Maxwell, he is also the source of many of the series’ most humorous moments.

While this type of character is not novel, there is something so lovable about Ford in the part that if the series were to continue, one would hope that Ford would reprise his role.

In the role of Jimmy, Segel combines his humorous and serious acting skills. When we first see him in the series, he is high on drugs and palling around with two sex workers in his swimming pool, much to Liz’s dismay.

In most circumstances, this wouldn’t be the best approach to introduce a character, but Segel’s performance and the writing of the series offer us a chance to really feel about Jimmy, particularly when it comes to Segel’s connection with Luke Tennie’s Sean, who begins as such a gruff and closed-off character. Through their continued meetings, we develop an emotional attachment to Jimmy and understand why he was so successful before his wife was taken away.

Shrinking is at its best when it depicts the interactions and odd alliances formed by its complicated characters. Despite the fact that each episode is only 30 minutes long, the first few episodes of the show are harsh since it is initially difficult to cheer for the characters, which causes the pacing to feel terribly off.

Some of the humour can feel antiquated and lacks the same timeless quality as Ted Lasso and Forgetting Sarah Marshall possessed. Thankfully, the humour is never overused, and the series does an excellent job of blending it with the drama.

It is difficult to predict whether this show will become as popular as other Apple comedies such as Mythic Quest and The Afterparty. Many viewers will find it relatable, but it may be too personal for others. Regardless, Shrinking knows just what type of comedy it is, and it may end up being one of the year’s most genuine new comedies.

Where Can I Watch Shrinking?

Is the Shrink Based on Real Events?

Marty Markowitz and Dr. Isaac (Ike) Herschkopf are both actual people, as are the horrifying events depicted in this novel.