She Hulk Review: a Show That Fails on Nearly Every Level  of Imaginable 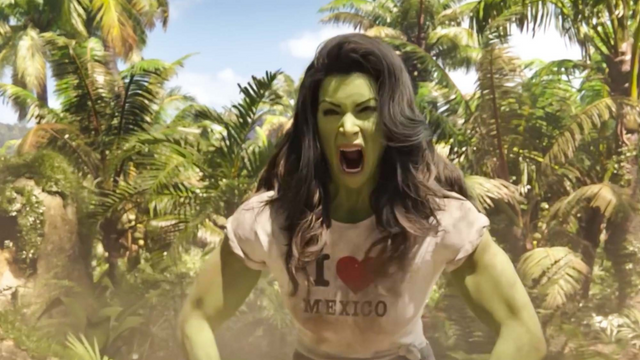 Much has been made about Marvel’s deteriorating quality in recent years, both on this site and in the fandom at large, but Phase Four has certainly been a bumpy journey.

The television side of this long-running behemoth began with WandaVision and since then has vacillated between passable and underwhelming, eventually coming to a halt with She-Hulk: Attorney At Law, a show that promised to be a welcome diversion from the norm; a quirky, fourth-wall-breaking legal comedy.

Although the subject seems intriguing on paper, the actual product is a comedy-heavy program with little legal drama whatsoever.

She-Hulk is a bit of a jumble; it is a tone-confused program that contradicts its own conventions, and its lead is startlingly narcissistic and conceited.

Originally slated to be released before Ms. Marvel, She-Hulk was supposedly in such a state of disarray that they had to postpone the release and perform emergency surgery to attempt to patch it together. Even still, She-shortcomings Hulk extends beyond poor CGI to include storytelling, narrative, logical beats, and character development, all of which are absent or deficient in this film.

The protagonist of the show is Jennifer Walters, a successful attorney who also happens to be Bruce Banner’s cousin, aka The Hulk. In response to their vehicle accident, Jen rips open the door to free Bruce. By doing so, she slashes her arm open. Bruce’s blood mixes with hers, resulting in the birth of She-Hulk.

After nearly harming a group of men outside a bar, Banner prevents Jen from Hulking out and losing control by taking her to a beach resort to help her improve her abilities. He desires to instruct her on the fundamentals of being the Hulk.

However, Jen dislikes the concept of helping others and saving lives since she believes it is for “narcissistic playboys and men with ‘daddy issues’,” so she focuses on her profession. Jen takes exception to the fact that she is hired by a major company to work in the superhuman section as She-Hulk.

Following this comes a series of episodic chapters that have little to do with fighting crime or time spent in court, and instead focus nearly exclusively on Jen regaining control of her social life. While that may sound nice from a quirky comedy perspective, the show has a fairly cynical gloss over every scene, in which males are either belittled, act poorly, or -in the case of the finale- must be instructed by a woman on how to act like a guy.

Nevertheless, despite this, some of these chapters are simply dull. Jen spends the entire episode waiting for a text from a man she slept with after meeting him intoxicated at her friend’s wedding in the previous chapter. In a subsequent chapter, Jen goes shopping for clothes, and in a later chapter, she dons the She-Hulk persona in order to find matches on Tinder.

What is truly alarming about the show, though, is how flippantly it treats important issues, accidentally establishing double standards for how Jen behaves in nearly every episode. In one, She-Hulk sleeps with a man on the first night and then reverts to Jen the following morning. The guy is dissatisfied with the deception and leaves. Jen, however, blames him, unaware that she has, in essence, catfished him. I half-expected the MTV team and Nev Schulman to appear.

Throughout the course of the play, there are a number of occurrences that, at first glance, appear quirky and innocent but, upon closer inspection, are not. This is never more clear than in the conclusion.

She-Hulk breaks the fourth wall and enters the writer’s room, where the show’s head writer and creator, Jessica Gao, is sitting and listening to Jen complain about the writing in her show. 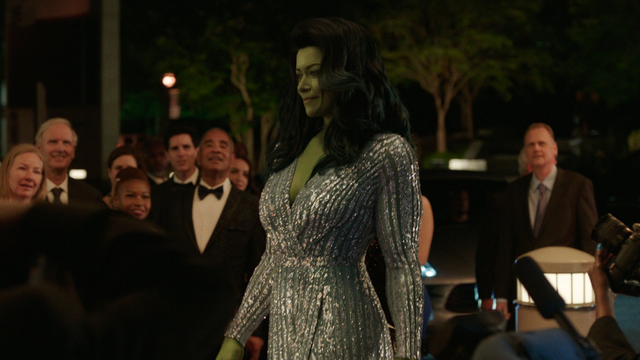 In doing so, Jen alters her entire world, including inviting a returning Matt Murdoch to a family dinner (without his permission, I should add).

It is one of the most jarring and tone-deaf endings I’ve ever witnessed, and judging by the online reaction, it has entirely divided the audience down the middle. Obviously, if you enjoyed this show, it is perfectly acceptable, and it’s wonderful that people are enjoying this series. In its own way, this is a daring attempt to leave a stamp on the MCU, but it is as divisive as The Last Jedi and Ghostbusters 2016 were.

At the end of the day, we all seek pleasure, so if you find it in shows like She-Hulk, that’s fantastic; I’m sincerely pleased for you.

As a critic whose job it is to study and dissect the narrative, story, CGI (which is a minor criticism, but still quite terrible), and character development, She-Hulk fails on about every criterion, making it one of the worst shows to air in 2022.