Rings of Power Review: Why Galadriel Did Not Tell Elrond About Halbrand? 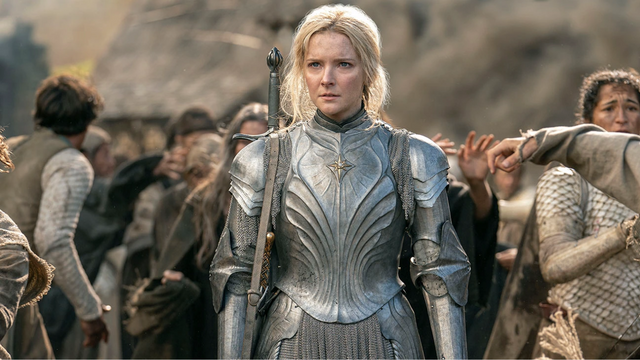 Amazon Studios has invested $1 billion into Rings of Power, making it the most costly television series ever produced. Many viewed this initiative with equal parts optimism, apprehension, and caution upon hearing the news.

Rings of Power’s marketing campaign has been one of the most tonally inconsistent and terrible in recent memory. Millions of dislikes for YouTube videos, a variety of advertisements, an awful “superfan” event, and more. As a disclaimer, we have delayed until now to publish our assessment so that we may evaluate the full program… oh my goodness, this has some severe flaws.

I realize that was a lengthy introduction, but it was vital for you to comprehend how much depends on the success of this series. Those at Amazon have already dubbed this the “make or break” moment for Prime Video, with those in charge needing a home run to keep the service alive. And based on the first season’s eight episodes, this one feels far more like a failure than a success.

Set thousands of years before the events of J.R. Tolkien’s ‘The Hobbit’ and ‘The Lord of the Rings,’ The Rings of Power takes place in the Second Age, with a host of original characters not in the established lore and repurposed parts of Jackson’s epic trilogy of films, all the while interweaving a number of disconnected stories and condensing a 3441-year timeline.

Galadriel is the primary protagonist, and after a quick introduction, we are thrust immediately into this universe. Sauron has assumed control of the orc legions after slaying Morgoth, but he has retreated into hiding.

Galadriel is determined to find the Dark Lord and embarks on a mission to destroy him. This mission brings her to Numenor, where she persuades Queen Miriel to assist her in fighting their mutual foe.

The second plot focuses on the Harfoots, a pre-Hobbit race that moves from place to place and attempts to avoid conflict. When a guy falls from the sky in a meteorite, however, the young and courageous Nori chooses to bring him in and keep him out of harm.

The third character is Arondir, an elf in love with Bronwyn, a healer and single mother of Theo, a rebellious adolescent. She also emerges as the de facto leader of the inhabitants of the Southlands, leading them to repel an orcish horde.

The fourth and final narrative focuses on a youthful Elrond and a host of elves, who have an alliance with Durin and other dwarves, who have discovered something deep within the mines that could forever alter their fortunes.

With many episodes clocking in at over an hour, the pace of this show is, to say the least, excruciating at times. This show is virtually entirely lacking true plot beats, narrative, and logic, relying almost exclusively on aesthetics and establishing shots.

As a quick disclaimer, I am a fan of Lord of the Rings, but it has been a long time since I’ve read the novels, and my knowledge of the Silmarillion and the appendices is only superficial. I acknowledge that modifications in lore sometimes occur, but the manner in which Rings of Power handles this – and Tolkien’s legacy – is equivalent to giving a child a firearm.

Tolkien says in a letter that he “vehemently dislikes allegory in all its expressions,” thus when a xenophobic worker in Numenor expresses concern that elves are “stealing all their jobs,” it contradicts the writers’ assertion that they are honoring Tolkien.

But beyond that, the plot itself is not really compelling. The complete absence of logic and a narrative framework undermines credibility. I’ve already mentioned the tempo, but even simple things like character movement from A to B are entirely ignored.

Even if a fantasy world has amazing creatures and beings, it must conform to the laws it establishes early on. As a comparable television scenario, in seasons 3 and 4 of Game of Thrones, The Hound and Arya spend half the season traversing rolling hills and vast stretches. We gain a sense of the vastness of the planet and the grandeur of Westeros.

In contrast, in season 7, characters teleport in just seconds. Rings of Power amplifies this same incorrect perception of time by 11.

In one episode, the Harfoots embark on a migration, however, given their commentary on that episode, not even the writers know how long this lasts. Again, we are told that it will take “two days” for three ships to reach land… Then, six hours later, tens of thousands of men and women mounted on horses ride across the plain toward the battlefield.

These types of careless errors are not only irritating to observe; they also ruin any sense of reality and immersion. And that in itself is astounding for a project costing a billion dollars.

Throughout vast portions of this season, character development is essentially nonexistent and is presented in a highly problematic manner.

The show has an odd propensity to use mystery box gimmicks for things that are not mysteries. Will Isildur, the individual chosen to sever the ring from Sauron’s grasp, perish? We will have to wait and see!

However, despite all of this, the show has a terrible manner of handling its dialogue. Characters often repeatedly repeat information or glide into grandiose but incoherent language that is almost comical in its delivery.

Arondir is cautioned early on not to walk down a hole since he doesn’t know what’s down there, to which he responds, “That is precisely why I must go.” I could spend all day listing examples of conversation like this, but suffice it to say that it contributes nothing to this series.

Galadriel, in particular, has to be one of the most unlikeable protagonists in a work in the past year, if not a decade. She is typically conceited, unpleasant, abrupt, and excessively self-centered, to say nothing of arrogant.

She displays all the qualities of a typical “Mary Sue” persona, including a frowning disposition. The other characters range from forgettable to promising (primarily Disa, Elrond, and Durin), but everything else here is a vast glossy emptiness of…nothing.

There is nothing here that demonstrates depth, grandeur, or deep history. Instead, we get an empty shell; a show that plays puppeteer with Tolkien’s world but is devoid of heart, logic, and reason, with narrative flaws permeating the entire production.

With the show’s makers promising significant adjustments in the next second season, it appears that they are aware of the inherent problems with this.

Glossy aesthetics can only go you so far, and Rings of Power has done nothing to convince us that the writing will improve in future installments. What disillusionment!

Why Did Galadriel Not Mention Halbrand to Elrond?

Galadriel had one more reason to maintain Halbrand’s secret: if she disclosed the truth to Celebrimbor, they would never construct the rings, and the elves must survive.

Elrond is skeptical and searches for the genealogy scroll that reveals that Halbrand is Sauron, despite Galadriel’s refusal to share the information. Unfortunately, he receives this news too late, as he returns to the workshop just as the elven rings (the rings of power) are being completed.

Did Galadriel Ever Meet Sauron?

In The Rings of Power, the interaction between Sauron and Galadriel will be fascinating to observe. At the time of the forging of the Rings, they were both conversing extensively with Celebrimbor, and Tolkien’s records are sufficient to conclude that they must have met.

Are the Rings of Power of Quality?

The Lord of the Rings: The Rings of Power is subpar. Frequently, it is far from satisfactory. In nearly every episode, I’ve rolled my eyes at its incompetence. The conclusion emphasised these doubts in a significant way.

Is Rings of Power terminated?

The second season of Rings of Power? Yes, and three after that. Jennifer Salke, the head of Amazon Studios, stated in an interview with Variety, “We are constructing infrastructure for five seasons.