Pearl Movie Review: What Happened to the Baby in the Pearl? 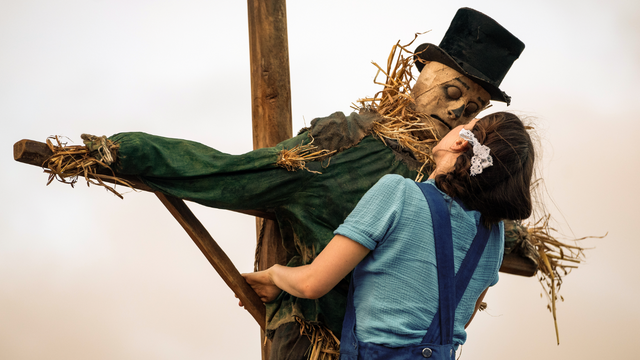 Directed by Ti West and produced by A24, Pearl is a prequel origin narrative that sheds insight on Pearl’s profoundly repressed and frightening nature. The picture arrives shortly after the premiere of the sexual horror film X.

It is a remarkable accomplishment to be able to release the two pictures so close together; they interact on multiple levels. Both films include a major Goth aesthetic, although we will not reveal the plot of X. She looked a lot younger in Pearl than she did in X, where she portrayed an elderly woman.

The year is 1918, not 1979, and Pearl’s Texas farm, along with the rest of the globe, is enduring the brutal repercussions of World War I and the Spanish flu pandemic. Pearl’s concentration, however, is on her aspiration to become a famous dancer; she has none of these in mind.

Reportedly, West’s crew had only three and a half weeks to transform the same set into a setting that existed sixty years before the events of X. The end result is the identical farmhouse seen in the first film of the horror franchise. A Wizard-of-Oz-like romanticization of the harsh atmosphere is evoked by the use of glossy technicolor.

Pearl is primarily concerned with suppression and the pitfalls of romanticization — the denial of reality in favor of a false “ideal.” Pearl’s favorite film has nothing to do with war and epidemics, which are currently devouring the planet.

She falls in love with images of showgirls dancing. “There is no tolerance for even the slightest lack of perfection,” she observes of their dance company as she fantasizes about being a member of something comparable.

However, Pearl does not meet the qualifications to be one of these showgirls. Casting directors would prefer a “more American” or “more blonde” candidate. And certainly not someone with Pearl’s forbidden desires for a woman in this era.

While Pearl’s favorite film may convey her wish to be normal (i.e., perfect), a video presented to her by the attractive projectionist (David Corenswet) reveals her darkest desires. It’s pornography — blatantly sexual, with violent undertones — and Pearl is enthralled by the depiction of her own suppressed needs as a result of her devout mother’s (Tandi Wright) rigid upbringing and the harsh rules for women during this time period.

But this perfection cannot be maintained indefinitely, and Pearl is a gruesome examination of the ways in which individuals can deteriorate when they are restrained for too long.

In one scene, Pearl displays a long, wavering smile (similar to Jocelyn DeBoer’s uncertain grin in Greener Grass’ idyllic suburbia). She is exhausted from maintaining a perfect façade, yet she continues to act.

Her character walks a thin line between Disney princess and antagonist, between Dorothy and the wicked witch. If you actually want to comprehend the psychology of the majority of Disney villains, you should see Pearl instead of any of the remakes.

Several references to The Wizard of Oz and a general hint to the sugary sweetness of vintage Disney films are used by West and Goth to depict the eerie contrast between good and evil in their work.

Pearl’s blatantly psychological journey will not appeal to all individuals. Undoubtedly, the film is still a slasher, but it focuses more on Pearl’s eerie inner trip than on the gore and terror. Unfortunately, more terrible acts would have effectively complemented Pearl’s fall into lunacy.

On the other hand, the fact that the camera turns away from its subjects right as they die may speak to Pearl’s themes even more strongly. We reside in a horrifying world. However, it seems less so when things are depicted in technicolor and we glance away momentarily.