The Pale Blue Eye Ending Explained: Who Was the Real Killer? 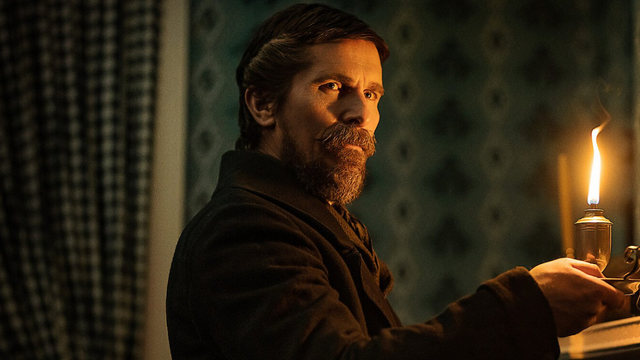 The new Netflix crime mystery The Pale Blue Eye is based on the same-named novel by Louis Bayard and looks at a fictional series of murders at a military academy in West Point, New York in 1830.

Christian Bale’s character, Augustus Landor, is asked to look into a murder on campus. Soon after, Harry Melling’s character, Edgar Allan Poe, a young cadet and poet, helps him with his investigation. Poe was a real person who lived in the 19th century.

Along the way, Landor and Poe meet some interesting people, like the Marquis family, led by Dr. Daniel Marquis (Toby Jones) and his wife Julia (Gillian Anderson). Their son Artemus (Harry Lawtey) is involved in the complicated social web of the academy, while their beautiful and mysterious daughter Lea (Lucy Boynton) becomes Poe’s love interest.

But as the investigation goes on, all of the characters’ dark secrets start to come out.

Did Landor the killer in the Pale Blue Eye?

Poe faces an emotionally stunted Landor, which is a nod to Bale’s role as a broken man in Equilibrium. They talk about the letters that the killer wrote and that Landor left to him as part of their secret partnership. Landor says he killed Fry and Ballinger because three cadets raped his daughter, Mattie, which made her so upset that she killed herself. 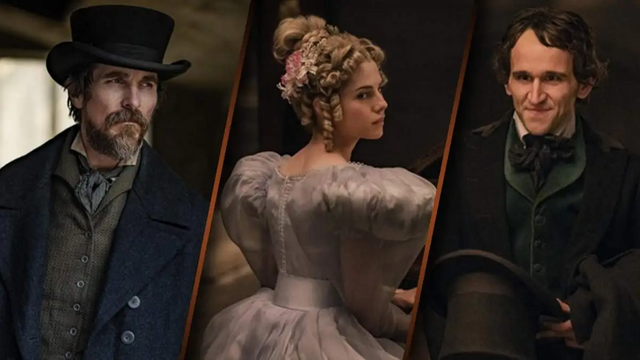 He killed Fry because she gave him Fry’s dog tag, but he never did any rituals. The Marquis siblings actually used the body that was left at the mortuary, so Landor had to lead the case and make it wrong as he looked for the third killer.

READ MORE:– The Menu Ending Explained: How Does Margot Escape?

He hurt Ballinger himself because Fry’s diary gave him hints, but now he wants to stop the hunt. He doesn’t want to go after Stoddard, who left the academy because he knew he would be next. Poe is upset that his partner didn’t trust him and used him like a pawn. Poe feels sorry for Landor, though, and burns his confession letter while wishing him well.

Did Landor in The Pale Blue Eye Hints Kill Himself?

At the end of the movie, Landor lets go and let Mattie’s ribbon blow away in the wind at the edge of the cliff where she jumped. It’s a sad ending. This intellectual act shows again Bale’s wide range and his love of strong period pieces like Amsterdam.

Even though the ending isn’t clear, it seems like he’s thinking about killing himself, which is sad but understandable after all the physical and mental games he played. Part of him would want to see the teen and the mother, who had died of illness years before, in the afterlife. 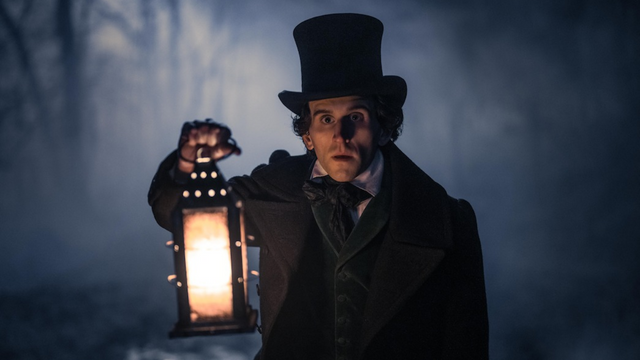 A different part of them would feel bad about what happened to Poe. After all, the second one loved Lea and was willing to die as a sacrifice. But when Landor came to save him, the house caught on fire. The Marquis’s children died in the fire, which made their parents leave. Landor even said he would have liked his girl to meet a good man like Poe at the ball because their shared interests would have helped him remember what it meant to be a family.

READ MORE:– Shirley’s Ending Explained: What Happened at the End of the Story?

Again, this hurt Poe because he was picked on at the academy and his family died while he was alone. All of this made Landor feel like a monster because of how he treated Poe. Poe’s sense of hope and kindness, on the other hand, gives Landor closure, so this second chance may make him want to live for Mattie.

Landor has been seeing Patsy, who runs the bar in town, and Poe taught him what love was. So, it’s easy to see why Landor would be thankful that Poe forgave him, try to turn this tragedy into something good and try to be the best man he could be.