Morbius Movie Review: Who is the Winged Guy at the End of Morbius? 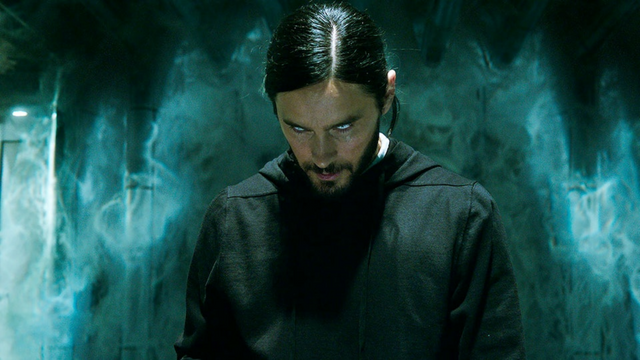 Morbius is Sony’s follow-up to the highly entertaining and critically acclaimed Spider-Man: No Way Home. It aims to bring another of Marvel’s anti-heroes to the big screen following Venom’s tremendous financial success.

Morbius lacks a defining personality since it attempts to force its way into the Marvel Cinematic Universe canon in an unnatural manner.

Dr. Michael Morbius (Jared Leto) is a biochemist suffering from a rare blood condition. Nonetheless, he can confide in his best friend Milo (Matt Smith) and his father figure Emil Nikols (Jared Harris). Morbius has a tremendous intellect and plans to use it to solve all of their issues. He will do whatever to save his life and improve his medical prospects.

When Morbius learns a possible cure for his illness, everything begins to change. However, he is aware that the highly experimental procedure entails a number of hazards. Morbius injects himself with a sort of vampirism that provides him with the life he has always desired, but at a high cost.

Morbius briefly takes the spectator through a few instances from the protagonist’s life. This weakness ultimately proves to be his greatest strength despite the fact that he faces death on a daily basis. Morbius has much to say about mortality and the consequential moral decisions that must be made. It is comparable to the typical vampire film.

It is made very apparent by Espinosa that Morbius is a member of the MCU. He incorporates several references to characters such as Venom, Spider-Man, and the X-Men.

None of them, however, are noteworthy or contribute significantly to the overall plot. Morbius is an origin story that attempts to convey to the audience that the larger Phase Four arc is progressing.

Morbius blends aspects from the usual vampire film with those from the Marvel Cinematic Universe. His special abilities consist of bat radar, superspeed, and super strength.

Morbius loses control of his abilities on sometimes, forcing him to lash out. However, he is an anti-hero who bends the moral line a bit more than exemplary MCU heroes like Spider-Man.

Espinosa merges a horror film style with the Marvel Cinematic Universe in a way that distinguishes it from other superhero films, but not always for the right reasons.

Morbius depicts the same imaginary New York City that moviegoers are already familiar with from prior superhero films, albeit with a significantly darker style. There are a few jump scares, but the film could have gone much further.

Similar to Venom, Morbius has a significantly larger propensity for violence than the majority of the Marvel Cinematic Universe. Espinosa skirts the R-rating by committing to gross-out sound effects and avoiding visual humor, but the film is still firmly a PG-13 superhero comedy.

If Deadpool showed anything, it is that studios should not be afraid to go all out when the source material demands it. An excellent film will attract audiences regardless of its grade.

Morbius is the blandest Marvel installment to date. The CGI-heavy action sequences are monotonous and confusing, and there are far too many cringing CGI faces to fill the screen.

Leto’s over-the-top flair from House of Gucci has vanished, as he is now extremely subdued. The antagonist’s goals are illogical, and there is little reason for the spectator to care about the stakes. Morbius lacks vitality and enthusiasm, which is evident in the end product.