Moonfall Review: Is Moonfall a Good Movie to Watch? 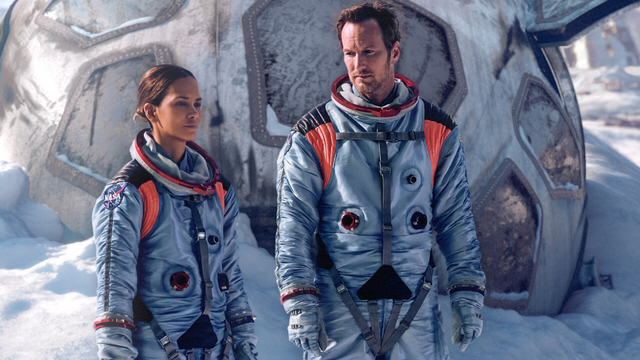 The premise of the current Netflix film “Don’t Look Up” is that scientists discover a meteor going directly for Earth, but despite having six months to prepare, humanity is too skeptical and unorganized to stop it.

In Roland Emmerich’s latest eye-roller, “Moonfall,” the joke is flipped: Everybody’s favorite satellite is poised to collide with Earth in about a day, and that gives two space jockeys just enough time to gear up, shuttle out, and set things right.

I say “joke” because “Moonfall” is designed to elicit incredulous laughter as its ludicrous plot snowballs from a high-concept hypothetical question (what if the moon suddenly changed course and came crashing toward Earth?) to increasingly implausible complications on the theme, all while requiring Halle Berry, as NASA acting director Jacinda Fowl, to keep a straight face as she says lines such as “Everything we thought we knew about the nature of the Similar to gravity, logic, and how we define excellent acting.

“Moonfall” is incredibly silly, yet it’s significantly funnier than Adam McKay’s all-star comedy. I had a great time and will definitely watch the film again.

As the foremost disaster artist in Hollywood, Emmerich understands how to blow things up properly. Science has rarely stood in his way, and in this case, it acts as a rickety jump ramp for all of the truly bizarre plot twists that he and his “Moonfall” co-writers Harald Kloser (“2012”) and Spenser Cohen (“Expendables 4”) have up their sleeves for the second half of the picture.

The first is hinted at in the first scene, and the second is cheerfully revealed in the film’s trailer, so it feels safe to address them in a review.

The film begins with Jacinda in the cockpit of an old-fashioned orbiter, while fellow astronaut Brian Harper (Patrick Wilson) does routine satellite maintenance. Suddenly, apparently out of nowhere, an ominous CG cloud envelops the mission and propels a third teammate into deep space.

In “Gravity,” Alfonso Cuarón released George Clooney in a similar scene, albeit without the throng of terrifying somethings. But the addition will play a significant role as the film’s nameless but extremely amusing nemesis, and this is as good a tease as any, concluding with a scene of a swarm of these unknown space locusts spinning tornado-like around a crater in the moon.

This mission, which results in Brian’s dismissal from NASA and the permanent grounding of the Space Shuttle program, is designated STS-136A in the film. For those who were keeping track, the final flight of this type was really STS-135, which implies a deft bit of historical revisionism.

Better yet, there will be an emergency STS-137, which will need one of these orbiters to be retrieved from mothballs and launched — something most Americans have been wanting to see — when the angry moon swarm turns its attention to Earth ten years from now.

Jacinda has risen through the ranks at NASA, whilst Brian is divorced (from his non-work wife) and on the verge of eviction.

He resides in Los Angeles, a short motorcycle ride from Griffith Observatory, which Emmerich used in the same manner as Hitchcock did with monuments such as the Statue of Liberty and Mount Rushmore: in numerous films.

Even if they are decimated (as the White House and the Empire State Building were in “Independence Day” 25 years ago), audiences get pleasure out of seeing recognizable sites on television.

At the observatory, Brian encounters super-geek conspiracy theorist and amateur space nut KC Houseman (John Bradley of “Game of Thrones”), who has worked out that the moon is out of orbit.

The moon, according to KC, is a “megastructure” — that is, a hollow sphere designed for some reason that the human mind cannot even fathom.

The “Moonfall” trailer indicates that KC is correct, but you’ll enjoy the film more by knowing how and why Emmerich and the crew reach this conclusion. (You may also enjoy its more profane take on the “F—- the Moon” mood alluded to in the advertisements.) Borrowing heavily from “2001:

A Space Odyssey” and the more apocalyptic entries in his own filmography (namely, “The Day After Tomorrow” and “2012”), the director depicts the chaos that would ensue if the moon went rogue (rising tides, shifting gravity, and something called “atmospheric disparition,” in which “air is sucked away”).

Here, it is reasonable to assume that the film relies partially on true science. Granted, a segment of the audience will rate “Moonfall’s” effectiveness based on its plausibility, but I’m pleased to report that Emmerich pays little attention to such concerns.

At this stage in his career, he is aware that disaster movie fans are more interested in seeing things fall apart, so he merely mentions a few theoretical concepts as a formality.

At one point, the rocket scientists discuss the “Roche limit,” which is the distance at which any incoming body, including the moon, would be torn apart by the Earth’s greater gravitational attraction.

That could be enjoyable to observe. But what if the moon were significantly more big than we thought, and its approach ended up attracting everything that wasn’t firmly fixed to Earth?

This genre benefits greatly from a certain degree of silliness. Experience has taught Emmerich that what we really want is a handful of colourful heroes (hidden figure Berry, Marlboro man Wilson, and pill-popping mama’s boy Bradley suffice), some hilariously endangered supporting characters/pets (the aforementioned mother, two children, and a cat named Fuzz Aldrin), and as many scenes of catastrophic spectacle as possible. The further removed from our actual anxieties it is, the better.

The last time I checked, zero people were truly concerned about the moon crashing onto the earth someday — not with the coronavirus, inflation, and Wordle to distract us — so a just-silly-enough film like “Moonfall” provides a rare comfort: a gigantic problem that could be resolved in two hours.

It is the exact opposite of “Don’t Look Up,” which chastises audiences for not reacting appropriately to dangers.

If that film was McKay’s response to Michael Bay’s relatively jingoistic “Armageddon,” in which a core team of blue-collar “get ‘er done” types manage to avert an asteroid, then Emmerich responds with an even sillier fantasy, in which a disparate trio can band together, save the planet, and explain the origin of the species in the span of a single day (although time can be a bit hard to follow here).

In this scenario, the bad moon causes just enough damage to amuse — the effects are implausible, of course, but unquestionably amazing, even on an Imax scale — while driving the plot to such absurdity that we cannot take it seriously. You would think we would tyre of Emmerich’s kind of tragedy, yet it really delivers a peculiar sense of comfort.