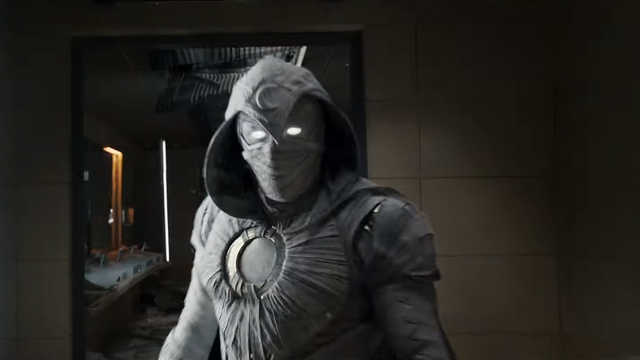 The Marvel Cinematic Universe has a long-standing habit of introducing new characters during end credits sequences, and the most recent addition, Moon Knight, was no exception.

In the last minutes of Episode 6, “Gods and Monsters,” spectators were formally introduced to the superhero’s third identity, Jake Lockley, a comic book fan favorite who will go where Marc Spector and Steven Grant can only dream of going.

Now that the dust has settled and fan fervor has subsided, it seems appropriate to examine what transpired during the Moon Knight finale, the significance of Jake Lockley, and what the future may contain for one of Oscar Isaac’s finest characters.

Having said that, let’s analyze what occurred and what will occur next. Also, significant spoilers are forthcoming.

What Happens at the End of Moon Knight?

Marc Spector jumps off Taweret’s spacecraft to save Steven Grant from the Duat as the season 1 finale of Moon Knight begins.

After uniting in the dunes and returning from stasis, the couple rush through the Gates of Osiris, reawaken their bodies and reestablish contact with Khonshu.

Arthur Harrow (Ethan Hawke) frees Ammit, channels the goddess’s power, and uses it to murder the avatars of the other gods, granting him the capacity to judge others for crimes they have not yet done. However, Layla El-Faouly (May Calamawy) discovers that Ammit can be captured and killed within an avatar.

Marc and Steven lose consciousness throughout the battle, only to regain consciousness some hours later with a defeated Harrow by their side.

The three heroes encase Ammit in the body of Harrow, but Marc and Spencer refuse to kill them and want to be released from Khonshu’s service. A third personality named Jake Lockley kills Harrow in the last seconds, but more on that later.

What is Jake Lockley’s Future and Who is He?

Fans of the Moon Knight comics are well aware of the significance of Jake Lockley’s name and are familiar with his dark, violent, and perverted methods.

Jake, who was portrayed as a ruthless taxi driver in the pages of Marvel Comics, may be considered Khonshu’s “ace in the hole” due to the fact that he is the third personality in the human avatar who is eager to do everything asked of him.

no matter how much blood he must get on his hands. After the end-credits scene of the Disney+ series, it is evident that the Marvel Cinematic Universe version of the character is identical.

Grant Curtis, the executive producer of Moon Knight, told CinemaBlend following Jake Lockley’s reveal that the character’s description as a “cold-blooded killer” is one way to look at him, and that he also had a “man on the street” vibe.

It is difficult to predict what Jake Lockley’s (and Moon Knight’s) future holds, but all you need to do is follow the flow of blood that leads to the violent character’s location.

And, despite Moon Knight’s uncertain destiny at the time of publication, it’s reasonable to say that Jake Lockley will play a significant role in these plans moving forward.

Considering the “save the best for last” treatment the character received in the Season 1 finale, this is especially true.

Is Marc Spector in a Mental Institution?

After being shot by Ethan Hawke’s Arthur Harrow, Marc Spector awoke in a mental institution at the conclusion of “The Tomb,” and it was initially presented as if this was his genuine world and everything we had seen up to that point had been a dream.

The release date for Moon Knight season 2 is unknown as of December 2022. Isaac made it abundantly clear that Moon Knight is a limited series, not a continuous series.

Is Moon Knight Really an Illusion?

Marc Spector, also known as Moon Knight, suffers from dissociative identity disorder and has difficulty discriminating between reality and hallucinations. As a result of his body acting as a conduit for the Egyptian moon god Khonsh, he gains powers and becomes a vigilante.

Why Do Steven and Marc Share a Single Body?

What about the dissociative identity disorder of Steven and Marc? Steven, who first felt he was the core identity between him and Marc, discovers in Episode 5 that he is actually an alter that evolved during Marc’s childhood when his mother blamed him for the murder of his younger brother.