Men Movie Review: is the Movie Men Worth Watching? 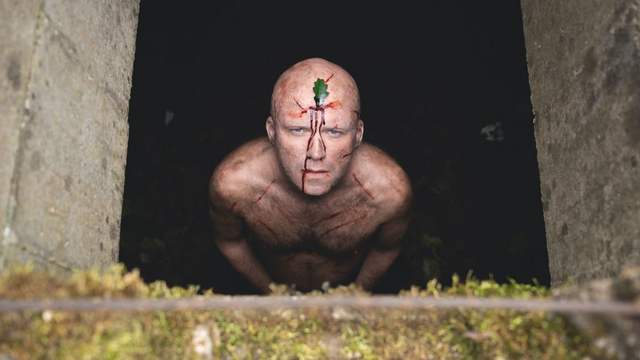 Instead of relying solely on a chronological narrative, Men emphasizes thematic storytelling. Harper discovers that her gorgeous surroundings give her a sense of freedom she hasn’t had in a long time.

She is amazed by ordinary occurrences, such as jogging through the rain and singing in a tunnel. Everything has a meaning related to love, but they contribute to something so much more than Harper’s story.

Garland examines both positive and negative representations of love, simultaneously elevating and perverting it. The relationship between Harper and James, which is gradually revealed through flashbacks, lies at the heart of the film’s reasons and its most horrifying moments.

As this pattern becomes eerier, the visage first seen on Geoffrey surfaces in a variety of subsequent locations. In a world where there is no safety, men continuously act from a position of voyeurism.

Religion and sadness have been intricately connected since the dawn of man. There are jokes about forbidden fruit that feel more like a caution than an insult. The historical setting of the surrounding church, the sexist ideas of the villagers, and Harper’s holiday home all add to a story that is somehow prophetic and predestined.

Both the plot and Garland’s directing technique use voyeurism as a central feature. Frequently, the audience views Harper as an uninvited bystander.

Men have a great deal to say about masculinity, yet it is not as heavy-handed as one might assume. Garland lets the characters speak for themselves without hammering the spectator over the head with their words.

Rob Hardy’s cinematography of the English countryside produces amazing beauty. As the film progresses, he makes extensive use of much harsher atmospheres, despite the continuing vibrancy of the fields’ greenery.

Garland once again demonstrates his prowess in front of the camera, despite some questionable CGI effects that don’t quite work.

Men feature one of the most gruesome body horrors gross-out scenes in recent memory, which will have the entire audience talking.

Men do not, however, rely solely on the grotesque to elicit a response from their viewers, as there are instances of genuine unease.

Men are equally concerned with women and men. The film is saturated with tension and atmosphere. In Garland’s oddest and most surreal work to date, Buckley and Kinnear perform outstandingly.

Men is an extremely audacious horror film that takes significant risks in its third act that doesn’t pay off completely. In spite of this, you can’t help but admire its refusal to compromise.