Mandalorian Season 2 Review: Is Grogu Related to Yoda and Does Grogu End Up Becoming a Jedi? 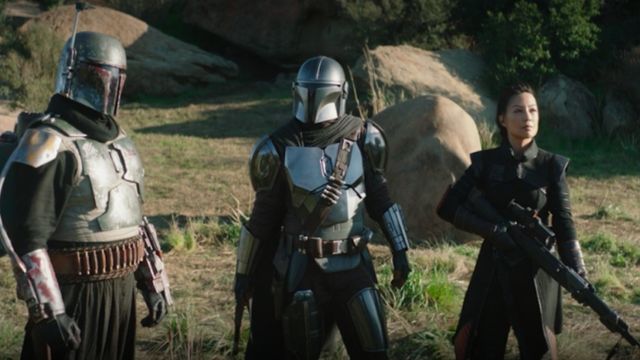 The Mandalorian provided great special effects, a consistent stream of midlevel action — never star wars, but surely star battles — and Ludwig Goransson’s Emmy-winning score was always magnificent (though that score always felt a bit like a terrier puffing itself up to stare down a Great Dane).

The series was distinguished by generally sparse crowd scenes, endearingly limited running times — 30 minutes at its shortest and only two episodes over 40 minutes — and a structure that was almost iconoclastically episodic in a cable/streaming landscape where hyper-seriality is considered a quality indicator. Even the show’s most popular character, The Child or Baby Yoda, was a small infant.

The Mandalorian was an unexpected Emmy sensation and, following a brief merchandising blackout, Baby Yoda became the most ubiquitous child on television since Bart Simpson.

Therefore, it was not surprising to press play on the second-season premiere at midnight on Friday, October 30, and discover that it lasted 54 minutes. Could Ozark-level fat be far behind?

The true issue posed by this review — which spoils bits and pieces of the premiere but likely none of the biggest twists (singular) that presumably prompted Disney+ to once again forgo screeners for critics — is, “Did The Mandalorian’s popularity ruin it?” 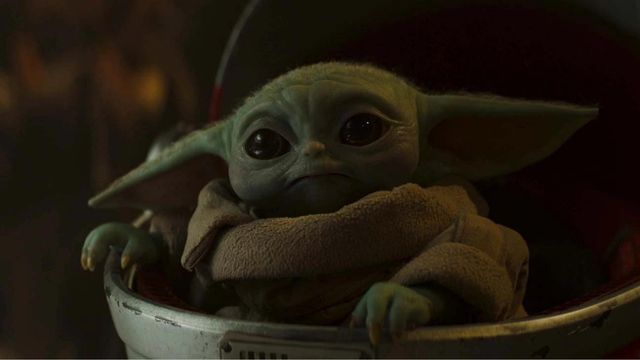 Fortunately, the short response is “Not really.” If you tuned in to the premiere of “The Marshal” expecting new worlds, a deeper examination of existing characters, and inventive new characters, you may have been left with a sense of mild disappointment. This episode, though, was all about playing the hits and playing them loudly, much like a band that continues to draw crowds at state fairs. The outcome was the smallest show’s largest and possibly most exciting episode to date.

Due to the show’s episodic structure, describing the plot of The Mandalorian is pointless. As expected, “The Marshal” features Pedro Pascal’s masked bounty hunter on the metaphorical road with Baby Yoda, encountering a guest star or two in a close-ended adventure lifted from either a Japanese samurai film or an American Western borrowing its plot from a Japanese samurai film.

Our loyal hero Mando is on a mission to determine how he can securely return Baby Yoda to this (or her) family. And after a brief interlude on what I believe was an unnamed ruffian planet with copious graffiti, unseen creatures with red eyes, and underground Gamorrean fighting, it was time to get to those established hits, with a return to Tatooine, an encore cameo by Amy Sedaris’ wacky mechanic Peli Motto, and more Easter eggs than any episode in recent memory. 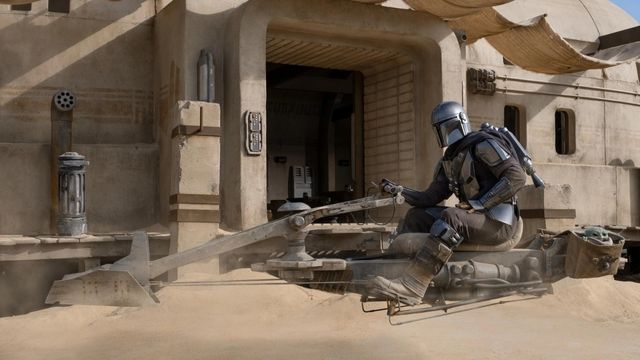 Credit writer-director Jon Favreau for simply giving moviegoers what they want, as the opening fifteen minutes of the premiere are practically uninterrupted joyful pandering, from the aforementioned Gamorreans to a slew of famous monsters.

My notes are nearly entirely of “Hey, look!” The Bantha! Or “So many Tusken Raiders!” Or “Ooh! Rat in close-up!” And that’s before you consider Baby Yoda’s healthy diet of reaction shots. We have not yet reached the point where the effectiveness of Baby Yoda cooing in pleasure or concern, enjoying a pleasant ride with the top down, or hiding in inappropriate places, such as an alien bar spittoon, will experience diminishing returns.

Cobb Vanth, a wry, scruffy marshal of a dying Tatooine mining town, is portrayed by Timothy Olyphant, an actor so ingrained in his wry-and-scruffy-lawman image that this is the third time he’s winked at his Deadwood/Justified persona in the same year. And don’t get me wrong! Cobb Vanth is a significantly greater use of Olyphant’s squinting, drawing authority than his current work on Fargo (and maybe even better than his turn as himself on A Good Place). When the episode’s one-off adventure concludes, Cobb says to Mando, “I hope our paths cross again,” and my immediate response was, “Yes, please!” This has not always been the case with the show’s high-profile guest performers.

Cobb’s plot is not merely formulaic (people of a dying Western town form an uneasy alliance with their longstanding foes); it is borderline irrelevant to the show’s main arc, resembling more of a shaggy dog detour than story progression.

Favreau provides the episode with nonstop witty banter, something the franchise’s most recent feature picture lacked, and there are a few truly spectacular action sequences. I’d argue that, in keeping with the show’s general approach, even the battle sequences are a bit sparsely packed, but the major foe of each episode, a Dune Worm meets Tremors Graboid nicknamed a “Krayt Dragon,” is appropriately intimidating, menacing, and thrillingly rendered.

The episode lacks depth and character development. It takes us pretty much places we haven’t been before. However, it is amusing, exciting, and quite attractive. In addition, similar to the series premiere, it concludes with a twist that I’m thinking has fans in a frenzy and has casual viewers seeking online to figure out why fans are in a frenzy.

While I’d welcome a return to the adorable brevity of last season’s episodes and a touch more depth, the Mandalorian debut was a return to high-octane popcorn television, and there’s absolutely nothing else like it.

Is the Second Season of the Mandalorian the Last?

No, The Mandalorian is not finished. There are also further concerns to resolve, like as what Mando will do with the Darksaber in his hands. And what will happen to Grog if he begins training with Luke Skywalker?

When Will Season 3 of Mandalorian Premiere?