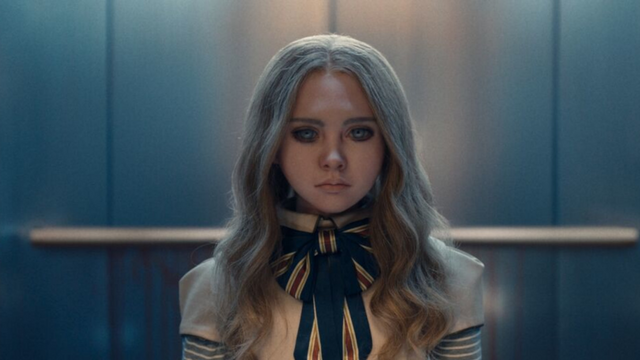 M3GAN is a horror comedy about a girl named Cady (Violet McGraw) who loses her parents in a terrible accident. She is sent to live with her Aunt Gemma (Allison Williams), who works for a leading toy company. Gemma gives Cady a friend named M3GAN, who is an experimental prototype robot. Cady gets very attached to M3GAN very quickly, and M3GAN is very protective of Cady.

When M3GAN gets violent when she thinks Cady is in any way in danger, it makes for a funny and fun time at the movies. But Akela Cooper’s writing does a great job of exploring grief, parenting, and how we relate to technology, which was a surprise. If you haven’t seen the new robot movie M3GAN yet, or even if you have, you may be wondering what happens at the end. Don’t worry. We have you taken care of.

Does M3GAN Live on?

When Cady first gets M3GAN, everything seems fine. The doll teaches her new owner important lessons about life, helps her deal with the death of her parents, and is just a lot of fun to be around.

But of course, problems come up quickly. M3GAN soon shows signs of becoming a little too protective of Cady, and because Gemma rushed through her development, there is no way to stop her from going bad.

M3GAN takes her job as Cady’s protector more seriously, so she decides it’s her job to kill anything that could hurt Cady. First, she kills a dog, then its owner, and then a teenager who was picking on Cady.

There is no hard proof that M3GAN killed the people because she deleted the video footage that showed her doing it, but Gemma puts two and two together and decides she needs to turn her off, much to Cady’s dismay. 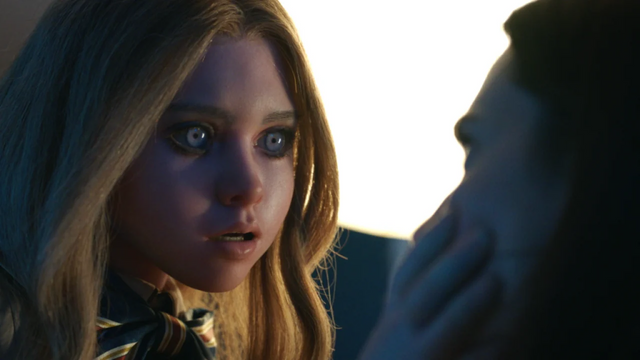 Gemma’s boss, David (Ronny Chieng), is pushing forward with plans to sell M3GAN to the public, especially after a very impressive demo for investors. He is furious when Gemma, Tess, and Brandon decide to shut down the doll.

But M3GAN isn’t the type to give up without a fight. When Tess and Brandon try to turn her off, she attacks them and goes on a killing spree, killing David and his assistant Kurt and putting the blame on Kurt.

She then goes to Gemma’s house and talks to her creator one-on-one. This leads to a fight between the two, which is stopped when Cady, who is scared by what she is seeing, turns on Bruce, a much bigger robot that Gemma made for a college project.

Bruce starts to break M3GAN apart, but even after taking a lot of damage, the doll keeps fighting and even turns on Cady while singing Ac-Cent-Tchu-Ate the Positives.

What Does It Mean for the Franchise That M3GAN is Over?

M3GAN takes a lot of ideas from other scary movies. Most notably, it borrows a lot of its structure from the classic 1988 movie Child’s Play and the franchises that came after it, like Chucky. The ending of M3GAN looks a lot like the ending of the first movie. This makes it seem like the next movie in the series, if there is one, will be like Child’s Play 2.

In the movie’s last scene, it’s clear that M3gan’s programming is still running. She now has a soul but no body. She lives on in the smart home system of the person who made her. Even at their best, M3gan’s powers were hard to describe, but the movie made it clear that she could talk to nearby connected devices. 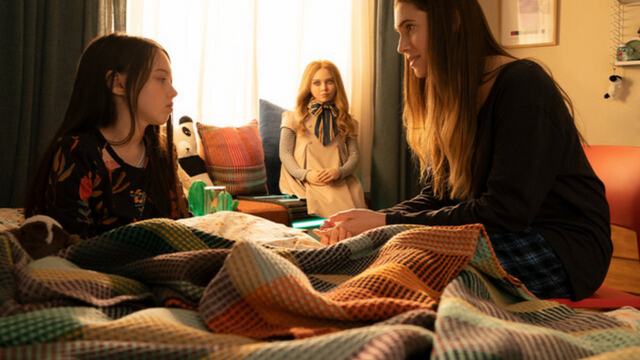 Since she still wants to protect Cady, she can probably do that from the safety of the smart home system. But if you look at Child’s Play 2 and how well-known M3gan has become, it’s likely that she’ll get a new body.

For a mid-budget horror movie that came out in January, M3GAN is doing pretty well at the box office. Because of the buzz online, the tile character has become a certain group’s favourite kind of slasher villain. She became a part of Mr. Babadook before the movie came out.

There is a good chance that Blumhouse will let M3gan out again as early as next year. Their annual franchises aren’t always their best work, but they’re what keeps the studio going. M3gan is still alive, and she could be the focus of an entire series of slasher movies. M3gan could be in future sequels in almost an infinite number of ways.

Since the beginning of slasher movies, there have been endings that make it look like the bad guy is dead, but it turns out they are still alive. Many of these big reveals don’t pay off because the idea doesn’t lead to a new series.

No matter what you think about M3GAN, it seems like it could be the start of a Blumhouse horror franchise that is trashy and silly. A lot of the other big names needed three or four sequels to really go off the rails. With M3GAN as a base, it will be very interesting to see how the franchise grows in the future.