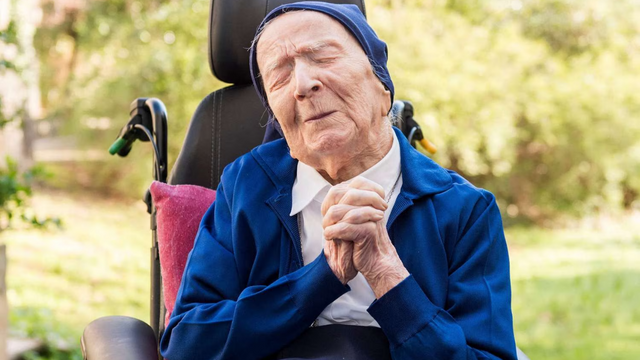 Lucile Randon, who was known to be the oldest person in the world, died at the age of 118. The French nun died in her sleep at her nursing home in Toulon on Tuesday, January 17. This was confirmed by a spokesman named David Tavella.

Randon was born on February 11, 1904, in France. After Japan’s Kane Tanaka died at age 119 last year, she was named the oldest person still living in the world. Learn more about the nun’s long life by reading on.

The Oldest Person on Earth Lucile Randon Passes Away at 118

“It’s very sad, but she wanted to be with her beloved brother. “It’s a relief for her,” David Tavella said. Randon lived in France through two world wars and 27 different leaders. She grew up in the town of Ales. She had three brothers, but she was the only sister.

She became a Catholic at the age of 26 and was baptised. She also took care of the children of happy families in Paris as a governess. She said it was the best time of her life. She joined the Daughters of Charity order of nuns when she was 41 years old. 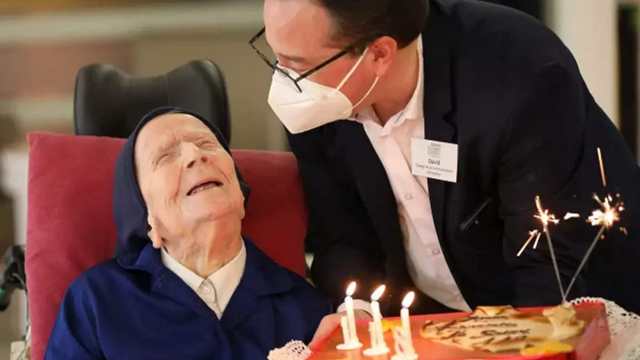 Randon was well-known as Sister Andre, and she worked for 31 years in a hospital in Vichy. During the time she was in the nursing home, residents and hospice workers came to see her often. In April 2022, Guinness World Records gave her the title of the oldest living person in the world.

Randon had said that “Work” was the reason she had lived so long. Sister Andre said that her work and caring for other people was what kept her going for so long. “People say that work kills, but for me, it kept me alive.

I kept working until I was 108. People shouldn’t hate each other. Instead, they should help each other and love each other. “She had said that if we shared all of that, things would be a lot better.

READ MORE:- Cj Harris Cause of Death: What Happened With “American Idol” Contestant?

She had said in another interview that only God knew why he had kept her alive for so long. “I don’t know what the trick is. God is the only one who can answer that. I’ve been unhappy a lot in my life, and when I was a child during the 1914–1918 war, I went through what everyone else did,” she said in 2020.

Since Randon died, a woman from Vendee named Marie-Rose Tessier, who is 112 years old, is now the oldest person still living in France. Jeanne Calment, who lived to be 122 and died in 1997, is the person who has lived the longest.

In 2021, Randon went up against Covid-19 and beat it. Ten other people in her nursing home also died from the disease. She told a French newspaper after she got better, “I didn’t even know I had it.” 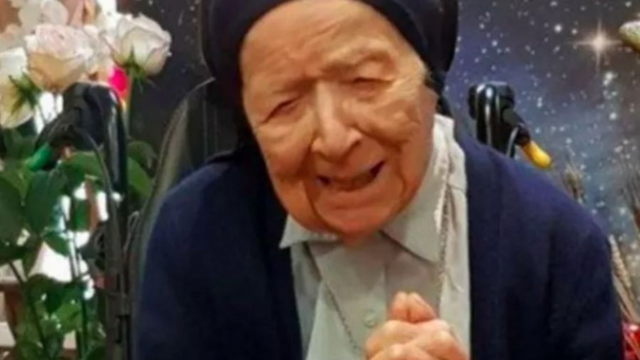 When asked if she was afraid of the virus, the nun said, “No, I wasn’t afraid because I wasn’t afraid to die… I’m glad to be with you, but I’d rather be with my older brother, my grandfather, and my grandmother.”

READ MORE:– Jay Briscoe Cause of Death: How Did Ring of Honor Pro Wrestler Die?

Tavella had also doubled down on her statement by saying, “She didn’t ask me about her health; she asked about her routine.” She wanted to know, for example, if the mealtimes and bedtimes were going to change. She didn’t show any worry about getting sick. In fact, she cared more about the other people living there.”

Keep an eye on this space for more news and updates.