Inside Out Movie Review: What Lesson is the Film Inside Out Trying to Convey? 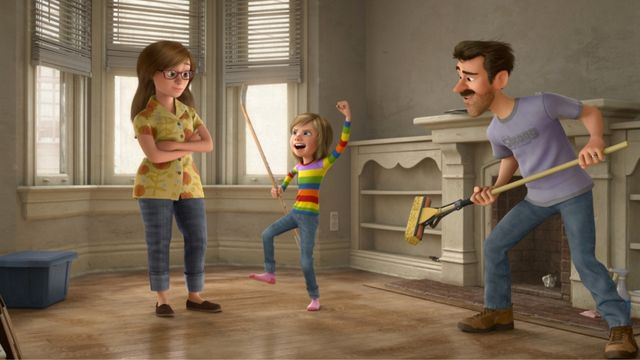 The DISNEY PIXAR crew has brought us some of the best original animated films of the last two decades, and while some of the sequels may give us pause, I’m looking at you, MONSTERS UNIVERSITY, they have constantly delivered when exploring new original concepts, and INSIDE OUT maintains this trend.

Inside Out, directed by Pixar veteran Pete Docter (UP), focuses on Riley, an 11-year-old girl, and the inner workings of her mind, which are controlled by a combination of Joy, Sadness, Fear, Disgust, and Anger. Her childhood is marked by an abundance of Joy, but on the edge of adolescence, her parents’ cross-country relocation shatters her emotional equilibrium.

Joy and Sadness are both sucked out of the command center and lost in the landscape of her long-term memory due to an inner conflict. Joy and Sadness must find a way to traverse the tumultuous terrain of Riley’s psyche in order to return to central command and restore Riley to something resembling emotional stability as Riley’s values begin to disintegrate as a result of her being emotionally lost in her new environment and only Anger, Disgust, and Fear attempting to restore order.

Like most Pixar films, INSIDE OUT functions on two levels: on the one hand, it’s a find-your-way-home kid’s adventure film, and on the other, it’s a heartbreaking examination of the shift from carefree childhood to the murky depths of adulthood. While the film has all the necessary elements of a children’s film, such as relatable characters, cheap and easily accessible humor, and colorful supporting characters that help move the plot along and keep the mood light, it uses these elements to depict very real life events that almost all adults can relate to. 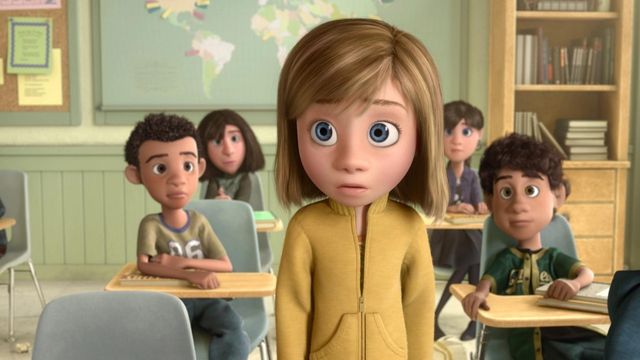 This amazing blending speaks volumes for the film’s primary creative team, Pete Docter and Ronaldo Del Carmen, because, as someone whose family relocated halfway across the country when I was 11 years old, I can say that this film has done the best job I’ve ever seen of capturing the terrible emotional upheaval of being torn away from the world you’ve come to know and love and thrown into a strange new place where nothing seems right but do you stay?

Unsurprisingly, INSIDE OUT is visually stunning. This time around, Pixar’s visual achievements include touchable textures, hair and clothing that react to the weather and the surroundings, and a plethora of real and imagined locations that appear extremely genuine and touchable. I also appreciate how well the character designs for the emotions, particularly Anger, Disgust, and Sadness, mirror those emotions.

Their colours, gestures, and demeanour are flawless and effortlessly evoke the feelings they represent, making them a visual delight that will keep your eyes riveted to the screen. In addition, the animation of facial features and expressions across the board was quite outstanding, since every character has a discernible look, even if it is as simple as disinterest, which they take the time to depict correctly.

In INSIDE OUT, a fantastic cast of voice actors complements the film’s stunning graphics. Amy Poehler (PARKS AND RECREATION) provides the voice for Joy, the ecstatic leader of little Riley’s emotions. Poehler does an excellent job with the role, effortlessly imbuing Joy with vivacity and single-mindedness that makes her both entertaining and tiresome.

Phyllis Smith (THE OFFICE) tackles the voice of Sadness, and I was extremely impressed by her portrayal. Even when she is pleased about something, Smith’s voice properly conveys grief, which speaks much about her language skills and elevates the character to new heights. Bing Bong, Riley’s over-the-top childhood imaginary buddy, is voiced by Richard Kind (GOTHAM), who does a fine job in the character.

Kind portrays Bing Bong as being somewhat blind to much of reality due to the fact that he is fictitious. Bing Bong covers the gamut of emotions throughout the film and effortlessly conveys them all while being on the verge of insanity, which was quite entertaining. Lewis Black (THE DAILY SHOW), the king of angry comedy, was typecast as, you guessed it, Anger.

Black is already an expert at displaying anger, and he uses his ranting voice to personify one of Riley’s strong emotions. If you’ve seen his stand-up, it’s no surprise that he can sound irritated in the most routine situations, so while Black’s performance isn’t a stretch, it’s still a lot of fun to see. Mindy Kaling (THIS IS THE END) provides the voice of Disgust, and she is a pleasure to listen to. Kaling does an excellent job speaking the disgusted, elitist snob we all think we could be at times, seething with sarcasm and contempt.

Her voice performance mixes wonderfully with Disgust’s physical look, creating a memorable character. Bill Hader (BOB’S BURGERS) provides the voice of Fear, and while he does a serviceable job, the style left a little to be desired.

Hader’s portrayal of terror is extremely exaggerated, and while this is most people’s immediate reaction, it does not feel authentic. This could be a stylistic choice, as Riley is still a child and hence reacts excessively to fear, but I found it to be a bit too campy for my taste.

INSIDE OUT is a film that will surprise you with its lighthearted tone despite its important subject matter: growing up. With a fantastic cast, gorgeous animation, and a fantastic tale, Disney Pixar has created yet another masterpiece that will become a classic. If you appreciate animated films, are seeking a fun summer film, or are looking for something the whole family can enjoy, then I’m confident you’ll be pleased with Inside Out. 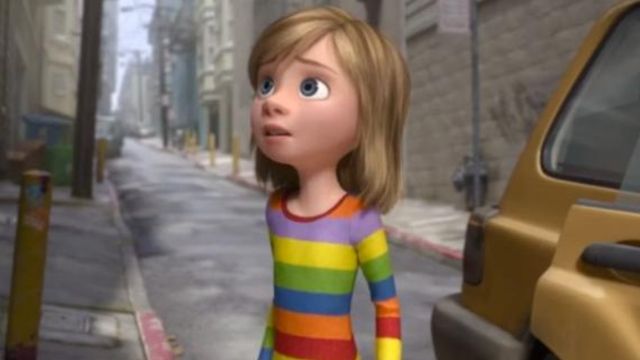 What Lesson is the Film Inside Out Trying to Convey?

Inside Out urges us to embrace the entirety of who we are, to give ourselves permission to not be “okay,” and to allow others the opportunity to process their emotional realizations. It is not about avoiding painful sensations, but rather embracing them in order to be honest with ourselves and progress.

Why Was Riley in Inside Out Depressed?

Since hockey had always been an integral part of Riley’s personality, her failure to adapt to her new social environment led her to feel as though she had lost a significant part of her identity and directed her fury toward her parents.

is Inside Out a Movie About Depression?

“Inside Out” is a film about an 11-year-old girl named Riley who had to leave her joyful and pleasant home in Minnesota because her father was offered a job in San Francisco. When they go to San Francisco, she suffers numerous life changes that ultimately lead to despair. Aug